TOTALEren Looks for Green Hydrogen in the Gulf of Suez 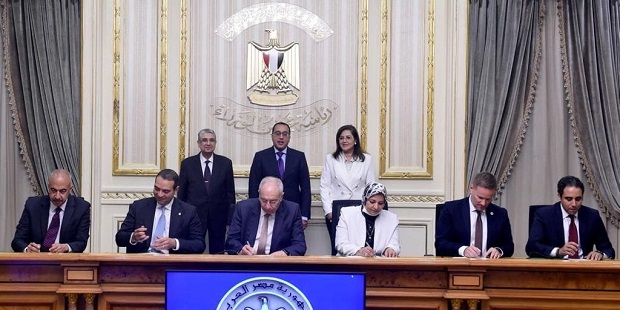 TOTALEren has joined the growing queue of energy companies looking to play in the green hydrogen market in Egypt.

The French firm, a subsidiary of TOTALEnergies, has teamed up with portfolio manager Enara Capital to ink agreements with the General Authority of the Suez Canal Economic Zone (SCZone), the Sovereign Wealth Fund of Egypt (TSFE), the Egyptian Electricity Transmission Company (EETC) and the New and Renewable Energy Authority (NREA).

In any case, TOTALEren hopes to grow its capacity to 1.5Million tonnes per year according to SCZone. “The Egyptian state is working diligently to support the transformation to a green economy based on clean energy, especially by providing facilities and incentives to attract green investments and exploit green financing opportunities,” according to a statement by the authorities.

The long list of companies who have signaled an interest in producing green hydrogen in Egypt includes Scatec, the Norwegian firm which is also Africa’s biggest renewable energy developer. Scatec is working in concert with h Orascom Construction and Fertiglobe.

« Egypt’s Nat Gas/Gasoline Dual Fueled Vehicles to Cost More
TOTALEnergies: The Day After the Night Before »