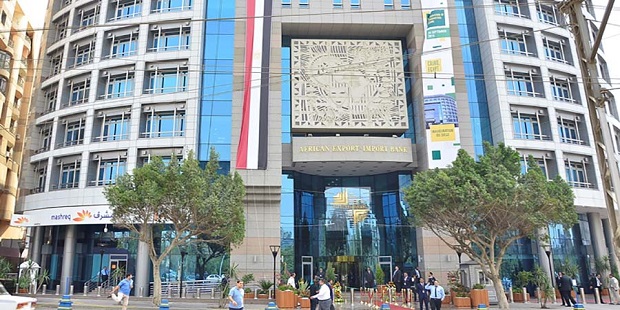 It’s a positive gesture, given the financing constraints that await the continent as it tries to monetise its hundreds of billion barrels of crude in this twilight epoch of the fossil fuel era.

Owned by 51 African countries and a clutch of private African and foreign investors, Afreximbank has, in the past few years, played some noteworthy role in the continent’s energy finance.

But in the months prior to the Luanda Memorandum, the Bank has acted in ways that call for a bit of review. Some of the lending and/or proposals to lend that the bank has announced, have been quite intriguing, if not incredulous.

A startling call was the $274Million senior reserve-based lending facility to Mars Exploration & Production Company Limited to facilitate that company’s acquisition of 51% equity interest in Oil Mining Leases (OMLs) 123, 124, 126 and 137 from Addax, a Sinopec owned subsidiary in Nigeria.  “The financing package will help boost oil production for the country as it incorporates a $50Million tranche to increase daily production from 25,000 barrels per day to 50,000barrels per day by 2023”, a statement by the bank noted.

As of the time of the bank’s announcement, in November 2021, the Addax acquisition ownership position was in murky waters. It started with the head of the Department of Petroleum Resources (DPR), the country’s regulatory agency-as it then was-sending a letter of revocation of the leases to Addax in late March 2021, and, within 48 hours of said revocation, awarding the licences to the KEL/Salvic Consortium. Then, following the protest of the Chinese Government (owners of Addax), President Muhammadu Buhari overruled the regulatory agency and restored the licences to Addax.  From this cloudy scenario came the request for financing by Mars Exploration & Production Company Limited, who then reportedly held 51% partnership in the licences, to 49% held by KEL/Salvic Consortium. At the time Mars was negotiating the transaction with Afreximbank, the case was in court and the presidency was under pressure by the NNPC to cancel the deal.

Fast forward to January 2022 and Mars Exploration had lost the assets. The Nigerian Upstream Petroleum Regulatory Commission (NUPRC), one of the two successor agencies to the DPR,  declared the award null and void.

It looks rather odd that such a high profile institution as Afreximbank should have been so anxious to play the financier role for asset acquisition in such hazy circumstances.

ON DECEMBER 8, 2021, AFREXIMBANK REPORTED signing a Memorandum of Understanding (MoU) with UTM Offshore Limited, to raise $5Billion for the development of Nigeria’s first floating liquefied natural gas (FLNG) project.  The deal is in two parts and would see the continental bank raising $2Billion to support the first phase with a commitment to fund the second phase of the project by another $3Billion.

Promoters of the UTM LNG have a seemingly compelling public narrative: they have been granted a License to Establish (LTE), also by DPR, for the installation of an FLNG unit on ExxonMobil operated Oil Mining lease (OML) 104; it has awarded the pre-Front End Engineering Design (Pre-FEED) contract to JGC Corporation of Japan and appointed KBR Owners Engineer. UTM also says that Vitol, a major global energy and commodities trader, has joined the consortium as an off-taker for the LNG. And then there is the sentiment about being be the first of such a project developed by an African company on the continent.”

But $5Billion is a rather huge amount of money to raise for a project that commits to process a mere 176Million cubic feet per day of natural gas and condensate, from reservoirs located in about 120 metres of water and deliver just 1.2Million Metric Tonnes Per Year (1.2MMTPA) of LNG. A comparable project is in operation almost round the corner from the UTM project. It cost all of $1.2Billion to install Africa’s first Floating LNG project: neighbouring Cameroon’s Hilli Episeyo, designed to produce 2.4 MMTPA of LNG, (twice the volume of LNG that UTM project will deliver) with a storage capacity of 125,000 cubic metres. The 294 m long floating plant is moored 14 km off the coast of Kribi in Cameroon.

Okay, the Hilli Episeyo is a converted floater.

So, let us consider an FLNG project with a new build vessel: The Coral South FLNG, project, which involves upstream drilling in ultradeep (>2000metre WD) waters, off Mozambique, with capacity of 3.4MMTPA, or 490Million cubic feet per day is projected to cost $5.1Billion, and the projected start date is September 2022. The volume is about thrice the UTM project and the reservoirs are in thousands of metres below the sea level, compared with the shallow water that UTM’s targeted reservoirs are located. Another African Floating LNG project is the Greater Tortue-Ahmeyin FLNG project, to valourise gas reserves in water depths exceeding 2,500 metres, straddling Mauritania/Senegal. The 2.5MMTPA project comes with an invoice of less than $2Billion.

Wait: There’s one more deal we are curious about: Afreximbank  signed a non binding term sheet with Eroton, a Nigerian independent producer of crude oil and gas and operator of Oil Mining Lease (OML) 18, for a prospective $750Million senior secured reserve-based lending facility, the purpose of which, in addition to refinancing Eroton’s current senior bank debt (of approximately $196Million), is to provide funding which will be used by Eroton to acquire an additional 18% interest in OML 18 from two of the other partners the acreage!!!, subject to agreeing documentation and relevant consents, thereby taking Eroton’s interest in OML 18 to 45%.

We are more comfortable with two other deals; one for oil and gas production, the other for power generation (a clear case of an attempt to build infrastructure and ameliorate energy poverty). These two are:

In Africa Oil+Gas Report’s conversations with investment bankers about these transactions, we get feelers like:

Yet our misgivings do not go away. Now, as Afreximbank finds itself at the forefront of Africa’s energy fund scheme, it may want to review its own portfolio choices in order to be a surefooted leader.

This is a slightly updated version of the report we published in the November 2021 edition of the Africa Oil+Gas Report monthly journal, distributed to paying subscribers. The only changes are in the first two paragraphs. The article is republished on this platform for public service purposes.