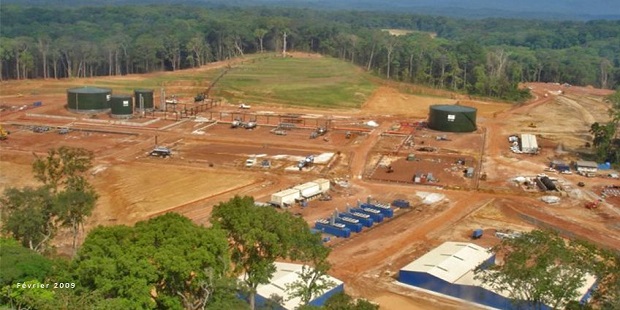 Crude oil output is back up in Maurel et Prom (M&P operated Ezanga Permit onshore Gabon, after the restoration of the export capacities of the permit, restricted since the incident which occurred on April 28, 2022 at the facilities of the Cap Lopez oil terminal operated by Anglo-French independent Perenco.

The restriction had been called up after some 300,000 barrels of crude leaked from a storage tank operated by Perenco in the terminal. Perenco immediately declared a situation of force majeure and moved to contain the leak, the company said in a statement. “Instead of the oil at the Cap Lopez terminal entering the sensitive coastal ecosystem, the crude leaked into retention tanks on 28 April, Perenco noted in a statement.

M&P now reports that export capacities have reached an initial phase of around 10,000Barrels of Oil Per Day (BOPD), which has allowed it to gradually restart the wells. The end of export restrictions and the return of production to its level prior to the incident (gross production of approximately 19,000BOPD) are expected within days.

M&P had earlier had to gradually reduce its production on the permit as a result n incident that occurred on Thursday 28 April at the facilities of the Cap Lopez oil terminal operated by Perenco and the suspension of its reception and export activities, The resumption of production on Ezanga back to its normal level could take place in the coming days. Alternative export solutions are also already being reviewed, in order to accelerate the return to normal production of Ezanga if necessary

« $2.5Trillion in Cash to Flow from Oil and Gas Sector to Government Coffers in 2022
Nigeria’s Reserves Grow In spite of Above Surface Challenges »