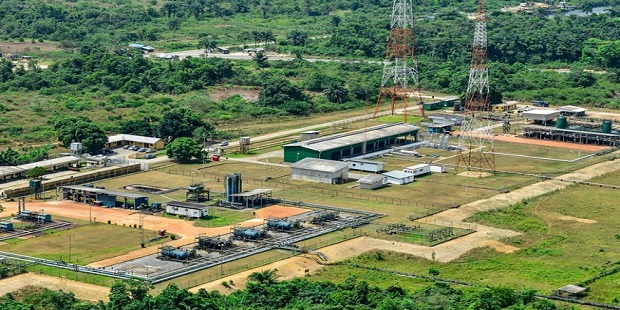 A fuller sketch of events

In the Christmas of 2014, Nigeria had three months to go for elections.

I was living in Lagos, the country’s commercial hub, and frantically calling for the removal of Diezani Allison-Madueke as the petroleum minister.

There were numerous reasons I thought it’d be a value destroying proposition to keep Mrs. Allison-Madueke in the role, if (the incumbent President) Goodluck Jonathan won the elections. I enumerated them in this column at the time.

But close to eight years after the electoral sack of Goodluck Jonathan and the accompanying exit of Allison-Madueke, the Nigerian petroleum industry is in a far sorrier state than it was. President Muhammadu Buhari and his team have not only wasted the Nigerian energy crisis, they have encouraged the ungovernability of the space that the petroleum sector occupies, even with their much-celebrated success with the passage of the Petroleum Industry Act (PIA).

For context, I’d briefly summarise why I had forcefully called for Diezani’s ouster and then return to Buhari’s dismal performance.

The darkest spot on Diezani’s tenure was the signing and implementation of the Strategic Alliance Agreement (SAA).

She was settling down as minister in 2011 when Shell, TOTAL and ENI were rounding up the sale of their 45% in five assets onshore Niger Delta to Nigerian companies. Her ministry decided that the NNPC would be more active in management of the assets. This is fine. What’s lamentable is the way in which the country’s share of the proceeds got diluted in such a way that the net return to the national coffers was significantly diminished, in favour of the private interests that was allegedly investing in production capacity on behalf of the NNPC.

The NNPC, at the minister’s instance, nominated its operating subsidiary, Nigeria Petroleum Development Company NPDC, to manage the acreages. The NPDC in turn invited a financing partner to fund its share of the operations. The contract with Atlantic Energy (SAA) entitled it to 30% of NNPC’s share even after the cost oil had been recovered.

In order to recover its cost in funding the NPDC part of the operations, the terms called for Atlantic Energy Drilling to receive, at the beginning of production, 60% of the volume of crude oil to which NPDC (NNPC) was entitled.  This is cost oil. When that cost was fully recovered, Atlantic’s share would drop to 30% of the crude oil to which NPDC was entitled. Please read this carefully; in the post-Shell operatorship phase, after the NNPC equity had been transferred to its subsidiary NPDC, to become the “operator”, with so much fanfare, NPDC had gone into an agreement with a company unknown to the industry and registered just months before the deal. The company was charged with the responsibility to fund NNPC share of the cash call for operations in return for 60% (in the first instance) and later 30% (after cost recovery) of the crude oil that should accrue to NPDC (NNPC) and by extension, the teeming Nigerian population! In effect, the rightful share of the proceeds from these assets that should flow to the National Treasury drops by at least 30%, all through the duration of the agreement.

I have gone into this simple explanation to show how inequitable the Strategic Alliance Agreement had been. What’s worse, much of the entitlement to the nation from this much reduced take never made it to the national treasury.

This brazen way of spitting in the nation’s face was the signature conduct of Diezani Allison Madueke’s tenure.

In four years on the job, she saw out three successive heads of Department of Petroleum Resources (DPR), the industry’s regulatory agency and fired four Group Managing Directors of NNPC, the state hydrocarbon company. The most important criterion for keeping any of those jobs was an undivided commitment to doing Diezani’s bidding. She had a huge appetite for pursuing vendettas, even after dismissing the non-compliant heads. Of all the acreages divested by Shell during her tenure the only one for which she got NNPC to call up its pre-emption rights was motivated by pure anger.

IOCs conducted divestments from 21 acreages under her watch, a sign of inclement investment climate more than anything else, but the minister didn’t regard it as a blot. Instead, she saw opportunities to influence the sale and purchase in her personal favour. The companies often had to watch her body language to determine who to sell to.

Diezani superintended the highest crude oil prices in history (2011 to 2014) but the Nigerian rig count trended south. The cash call issue (which is what Nigerians call the IOCs’ receivables from NNPC for joint venture operations), became more intractable than ever during her tenure. As work programmes shrank in that era of high of prices, the major companies accelerated the frequency of severance packages for their staff.

So much for memories of the Diezani era.

Buhari removed NPDC’s chokehold on Nigerian independents with assets in the Western Niger Delta, and allowed the CEO of NNPC a free hand. Key upstream operators cheered when his government proposed to pay the cash call arrears in tranches that were transparently measurable. But knowing what we know now, the gesture had come too late. Buhari himself has witnessed the divestment of seven oil mining leases by two majors and I have to quickly say this before anything else about his administration’s seven years; the impunity in acreage licencing and administration has become more rampant. The 2020 Marginal Fields Bid round was the country’s least transparent and possibly most corrupt hydrocarbon lease sale in the last 20 years. The round, superintended by the (now defunct) DPR, was so riddled with malfeasance that the newly created Nigerian Upstream Petroleum Regulatory Commission (NUPRC) cannot publish the list of awardees.

Yes, petroleum rights are where the Buhari team got it most wrong. In one case that could have been laughable if it was not so tragic, the DPR revoked the four Production Sharing Contracts operated by Sinopec-owned Addax Petroleum and, in the course of three days, re-awarded the PSCs to two Nigerian companies, one of them owned by a highly politically exposed individual. Of course, there was a lot of kicking and screaming by the state firm NNPC, the concessionaire of the PSCs and the Nigerian president instructed a return of the rights to Addax, after the Chinese government had complained, but the episode fit a pattern. In the last 18 months the Buhari administration has re-awarded at least four licences it had revoked from some companies, to other companies, all outside the process of a bid round or any form of open, transparent contest.  A sense of arbitrariness is highlighted by the decision to suspend sections of the Petroleum Industry Act, because the government could not dare to remove subsidies on gasoline importation, which costs the treasury over $4Billion a year. The sense-in the air- of deepening entropy in the conduct of the affairs of the Nigerian petroleum industry has not abated.

The old habits of sitting on proposals and approvals for pecuniary gains, either at the Ministry, at the regulatory agency, or in the NNPC towers, haven’t gone away and it is largely because, despite legislated structured reforms, individuals still see themselves as the processes!

President Buhari is credited with the passage of the Petroleum Industry Act, but we must not forget that his presidency spent the longest time (six years) to work on it. Project delivery timelines haven’t improved. It is looking like none of the gas pipelines under construction by NNPC, before Buhari came in, will be completed before his eight-year term of his Presidency ends. My key worry is the unwillingness of the man once described as “ascetic, sandal-wearing general”, to tackle the glaring graft in the sector. It is why I think the country is living in the post-Diezani trauma.

This article, earlier published in the Kickstarter column of the March 2022 edition of the monthly Africa Oil+Gas Report, is republished here on this website for the larger public because of its significance in terms of public-service.