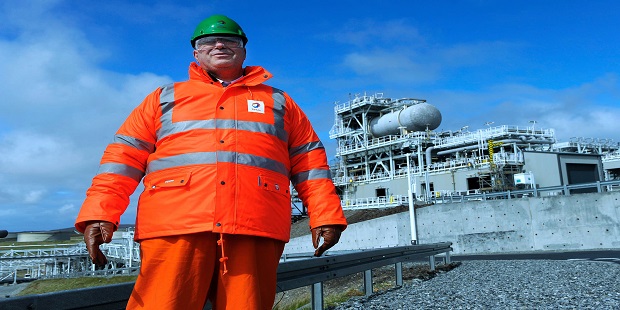 Patrick Pouyanne, TOTALEnergies’ CEO, says he is pleased that the company’s exploration team is successful with the wildcat well drilled in the Orange basin off Namibia. But, he stresses, it’s a promising discovery.

“I say promising because it’s only one well. I’ve seen incredible numbers of newspapers”, he told a group of investment analysts and bankers after the announcement of the company’s First Quarter 2022 results.

“We need to do the appraisal. We’ve decided to accelerate the appraisal well August, September and to test. And then we will be able to communicate larger”, Pouyanne said in English. “But if we are able to generate by ourselves all these oil discoveries, let’s be clear, it’s part of the strategy, and we will develop them and it’s in line with what we have announced”.

When Mr. Pouyanne was asked another question on the same topic several minutes after the first one he responded: “The first question I already answered. And do you believe in — stop reading newspapers. Just listen to me….In the long history in the oil and gas industry, a 10Billion barrel discovery, I don’t think it exists. But no, let’s be serious about all that. It’s — all that are fantasy. I say it’s a promising discovery. Let’s drill the appraisal well, let’s test the two wells and then we will come. And when will — if really, we had such levels, which I don’t think, we’ll be happy, and you will be happy shareholders”.

“So — but again, I think, by the way, this figure refers more to the Namibia province rather than just our license. But again, I don’t want —. Let’s wait. It’s a promising discovery. It’s enough”.

« Sonadrill Gets a Ten Well Gig in Angolan Deepwater
Namibia: First Seismically Defined Well, About to Spud, in Kavango Basin »