In Ghana, Pecan Field Development is Back on Course 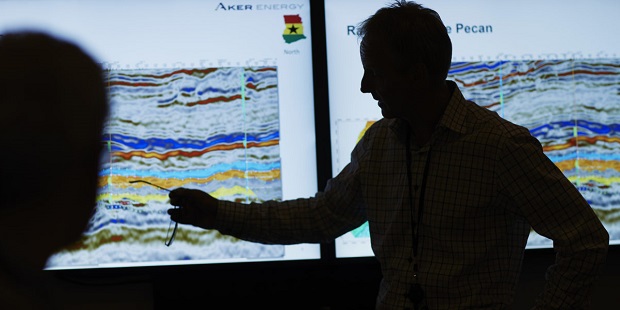 Norwegian operator Aker Energy AS has returned to rejig the development work on the Pecan field and its satellites, in Ghana’s Deepwater Tano Cape Three Points (DWT/CTP).

There certainly won’t be first oil by 2024, as has been speculated, but the development, which had rolled off to the back of the burner since the onset of COVID-19 pandemic, is in full throttle

Last year (2021), the DWT/CTP block featured significantly in the Ghanaian media, largely because of the interest expressed by state firm GNPC to take a large stake in the development.

At the height of the public debate on the financial size of GNPC’s proposed stake in the asset, (in excess of $1Billion), a lot of emphasis was made of Aker Energy’s reluctance to continue investing in the asset.

Apart from the repeat of earlier statement about securing the FPSO Dhirubhai-1 for the first phase of the field development, and the pledge to “submit a revised Plan of Development for the DWT/CTP block before the summer of 2022”, Aker Energy has doubled the convertible bonds it issued to the pan Africa lender Africa Finance Corporation, from $100Million to $200Million. The terms of the bonds have been re-negotiated and extended to mature in December 2026, with an option to extend by a further three years.

Kofi Koduah (K. K) Sarpong, GNPC’s Chief Executive Officer has said that he sees first oil from the Pecan North satellite of the Pecan field, by 2024. That would be a stretch, as Aker itself would only be submitting a revised Field Development Plan by June 2022. Mr. Sarpong said:  “There are two main discoveries: Pecan North and Pecan South. Dealing with Pecan North, we’ve divided the development into two phases. We focus on the first phase, get the oil out and then we come to Phase 2. So, it’s a graduated process. We intend that in 10 years if all goes well and we are developing, we may be able to add about 200,000 barrels to Ghana’s production”. It still not clear if GNPC would ultimately acquire the equity it wants from  DWT/CTP block, but Aker Energy is far more upbeat about the field development today than it was a year ago.