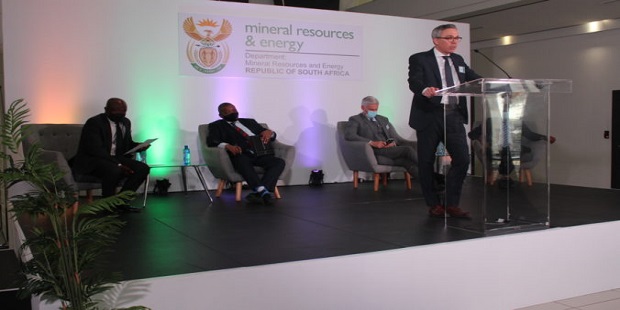 Norway’s Scatec, the most aggressive renewable energy developer in Africa, has just taken on more.

It has signed power purchase agreements (PPAs) for three solar projects with storage in the Northern Cape Province of South Africa. The deal is part of the Risk Mitigation Independent Power Producer Procurement Programme (RMIPPPP).

The solar power plants, to be built in a town called Kenhardt, will provide 150 MW of dispatchable renewable energy from 5am to 9.30pm, based on a hybrid installation of 540 MWp of solar PV capacity and 1.1 GWh of battery storage.

These are the first projects developed under the country’s RMIPPPP, which is different from the Renewable Energy Independent Power Producer Procurement Programme (REIPPP).

The objective of the RMIPPPP, launched by the Department of Mineral Resources and Energy (DMRE) on the 23rd of August 2020, was to fill South Africa’s current short-term supply gap, alleviate the electricity supply constraints and reduce the extensive utilisation of diesel-based peaking electrical generators. The Determination for the RMIPPPP was gazetted on the 7th of July 2020.

The agreements Scatec signed call for financial close to be achieved by July 30, 2022, which is 60 days from the signature date. “Once financial close has been reached, Scatec will start construction of the projects”, the company says in a statement. “This unique solar and storage project signifies change within Africa’s renewable energy landscape and will be one of the largest renewable energy and storage projects in the world,” explains Scatec CEO Terje Pilskog.

Scatec will own 51% of the equity in the project with H1 Holdings, our local Black Economic Empowerment partner owning 49%. Scatec will be the Engineering, Procurement and Construction provider and provide Operation & Maintenance as well as Asset Management services to the power plants. The Standard Bank Group is acting as lead arranger and debt provider alongside a lender group including British International Investment and they will provide non-recourse project financing to the projects.

How the contract came about

“Due to the emergency nature of the RMIPPPP, the objective is to procure energy from projects that are near ready”, the DMRE says in a statement. “The timelines from the release of the Request For Proposals (RFP) in the market to bid submission and then again from preferred bidder stage to financial close was designed to be short to ensure that electricity could be connected to the grid as soon as possible. The RMIPPPP will allow for a phased grid connection, incentivising early power”.

DMRE says that “the connection timelines will not allow for any deep strengthening of the grid and the qualification criteria will therefore facilitate projects where grid capacity is available and do not require any deep grid works. The RMIPPPP will provide for long term power purchase agreements up to 20 years.

« The African Tango: the case of Tullow and Capricorn
European Commission May Classify Lithium as Toxic »