The African Tango: the case of Tullow and Capricorn 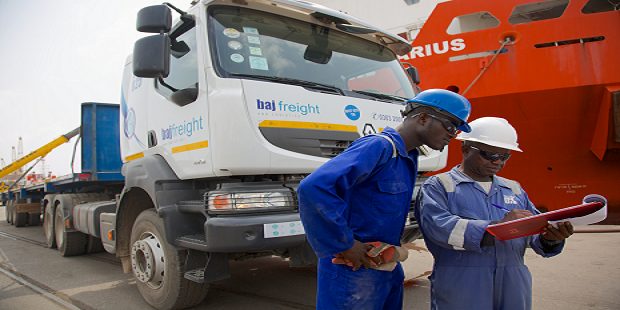 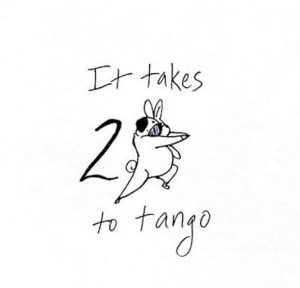 2050—the date that the IEA(International Energy Agency) deemed that oil and gas projects would no longer be feasible—continues to take its toll. The latest example is the proposed merger of Tullow and Capricorn. Is this a case of asking  one of the last available girls, who has not yet found a dance partner, to tango with you?  Or a final bad choice–remaining on the sidelines and listening to the music as people continue to tango towards a 2050 deadline.

The Tullow-Capricorn merger has promised to become a prime mover in the African oil and gas landscape. Is this the case? In the past a key role of oil and gas independents was predictable: allowing the majors to farm-in to their projects and then be rewarded handsomely. Or in some cases independents carrying out the exploration for the oil majors  Now this has changed. The oil majors are instead re-calibrating their project strategies–re-aligning, consolidating and merging  their Africa assets reflecting a checkered landscape. Some examples:

The legacy of the oil majors in Africa is not pleasant reading. According to Toyin Akinosho, publisher of the Africa Oil + Gas Report, African oil and gas revenues have financed the energy transition in the rest of the world, but not in Africa: “. . . the oil majors are funding clean energy from the balance sheet of dirty oil.”[1]

In the meantime, there is sufficient evidence to suggest that new entrants are filling the void. Seplat Energy PLC is, in Nigeria now about to take over the assets of Mobil Producing Nigeria Unlimited(MPNU), a subsidiary of ExxonMobil, for a purchase price of $1.2Billion. Prior to the Seplat Energy deal  already twenty-five private companies in Nigeria were producing nearly 400,000BOPD (barrels oil per day).

What has previously happened in the North Sea  is now occurring in Sub-Sahara Africa.  Jason Bordoff, Co-Founding Dean of the Columbia Climate School, Founding Director of the Center on Global Energy Policy, and Professor of Professional Practice in International and Public Relations at Columbia University SIPA, recently indicated  that private equity companies are turning their attention to assets being aborted by the oil majors. Private equity now accounts for 10% of all North Sea production, up from virtually 0% in 2014. Bordoff concludes that Chinese banks have also shown an ability to fill these investment slots.[2]

The Case of the Newlyweds

Tullow Oil, long seen as a pioneer African oil and gas explorer, has in the last 3-5 years been forced to focus only on reducing its huge debt load. In December 2019 CEO Paul McDade stepped down because the company had to write off $1.2Billion, resulting in a halving of its share price, and a cancellation of any possible dividend. The company share price was 220 pence on 5 January 2018 and on 1 June  2022 it had been reduced to only 55 pence per share price. A four-fold reduction! 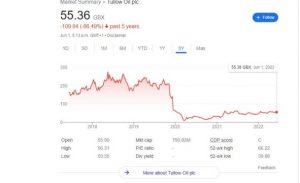 The debt also was accumulated because of missed production predictions from its flagship operations in Ghana. The company also suffered setbacks in Uganda, Kenya and Guyana. In 2020, in order to raise cash, Tullow sold all of its Uganda assets to TOTALEnergies for $575Million.

In 2021 the company produced 59,000BOPD: 42,000BOPD from its Jubilee and Ten fields in Ghana and an additional 16,000BOPD from non-operating assets in Gabon and Ivory Coast.

In spite of the deal being dubbed as the merging of two equals, Capricorn is being taken over by Tullow. Capricorn, in spite of its various concessions, has a very tenuous existence. Capricorn Energy’s sole production of some 36,500BOEPD is coming from its Western Desert asset which it bought from Shell.

The Shell connection also takes us to India. The Rajasthan asset was bought by Cairn from Shell  and discovered in 2004. At the time this was the largest onshore discovery in India for more than 25 years with the potential to provide more than 30% of India’s daily crude oil production.

Cairn Energy sought to raise capital for its India subsidiary Cairn India in order to further develop the Rajasthan block. Subsequently Vedanta Resources purchased a majority stake of  Cairn India. The Indian government demanded a retrospective tax demand,  a tax dispute that lasted seven years and was finally settled by arbitration. The Government of India  was required to pay Cairn/Capricorn a final payment of $1.06Billion. This payment has helped keep Capricorn afloat. What is puzzling is why did Cairn Energy sell its stake in India? True the company received $8.48Billion for its majority stake in Cairn India. That money became the basis for new exploration adventures. Would it not have been more profitable to grow Cairn India as a  business?

Capricorn may now have exploration rights in the UK, Egypt, Israel, Mauritania, Mexico and Suriname but adds little to the company’s value at a time when oil and gas assets have a diminishing value.

Tullow Oil’s CEO Rahul Dhir is presiding over an unlikely collection of exploration commitments and rights. True the new company has promised production of some 125,000BOEPD by 2025 which it will certainly need in order to  further reduce debt and develop its exploration assets. Will the new company have the fiscal muscle to further develop these assets? Whether the oil majors will want to farm-in is questionable. Certainly, they will unlikely pay the super prices of the past.

On a short-term basis it is imperative that the Tullow-Capricorn company unveil its future development strategy.  How will it, for example, finance the Billions that are required for the ‘Value Maximization Plan’ to develop the Tano Basin in Ghana? Similar questions can also be raised about other potential development projects.

There is the matter of the sharp decline of the Tullow share price which is now only one-quarter of its 2018 value; the Capricorn share price, although depressed compared to 2018, still demonstrates  a stronger valuation than that of Tullow. This could prove to be a bad omen for the two partners.

Finally,  can CEO Rahul Dhir put together a plan so that the new entity can grow its business. Perhaps Dhir may realize that he still has unfinished business from his tenure at Cairn India. After all he was Cairn India’s Managing Director from its IPO(Initial Public Offering)in 2006 until 2012. Surely, he has an extensive track record of lessons learned which could prove to be invaluable in the months ahead.

Gerard Kreeft, BA (Calvin University, Grand Rapids, USA) and MA (Carleton University, Ottawa, Canada), Energy Transition Adviser, was founder and owner of EnergyWise.  He has managed and implemented energy conferences, seminars and university master classes in Alaska, Angola, Brazil, Canada, India, Libya, Kazakhstan, Russia and throughout Europe.  Kreeft has Dutch and Canadian citizenship and resides in the Netherlands.  He writes on a regular basis for Africa Oil + Gas Report, and contributes to IEEFA(Institute for Energy Economics and Financial Analysis). His book ‘The 10 Commandments of the Energy Transition ‘is being published this June.