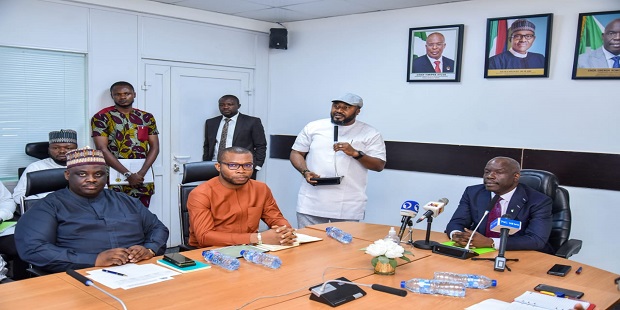 By Joe-Jamola Mthembu, in Abuja

Nigeria will wrap up its most contentious hydrocarbon lease sale on June 28, 2022, when the regulator expects to issue Petroleum Prospecting Licences (PPL) to Special Purpose Vehicles (SPVs) formed by the winners of the marginal field bid round.

“We are focused on delivering the end result- issuance of PPL to awardees of the marginal fields before June ending”, says Gbenga Komolafe, Chief Executive of the Nigerian Upstream Petroleum Regulatory Commission.  “It is going to be an impressive ceremony where awardees, National Assembly representatives, Officials from Oil Producing States, Delegates from Host Communities, Executives of the Nigerian Extractive Industry Transparency Initiative (NEITI), Representatives of the Oil Producers Trade Groups: OPTS and IPPG, aside members of the press will be present”, he explains. “Yes, we’ve progressed very fast and in deliberate manner as promised the nation”.

The NUPRC has hosted a joint review of the model license and model contract with the respective SPVs for alignment and concurrence and is currently incorporating the feedback into the model license and model contract to finalize the documents. Collation of the deed documents and preparation of the deed package are expected to have been finalized by 23rd and 24th June, 2022, thus enabling the contract signing and PPL issuing ceremony to happen on 28th June, 2022. 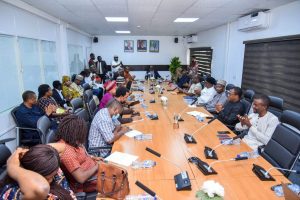 The licence award ceremony will cap a two-year, drawn-out process, fraught with significant challenges and ringing allegations of ‘bribe-for-field’ involving state officials. It was, until now, the least transparent hydrocarbon property sale in the country’s history. The bids were launched on June 1, 2020 by the (now defunct) Department of Petroleum Resources (DPR), with the bidding expected to close in September 2020, after which, six- months -at the most- the winners should have been announced, who, after payment of signature bonus, would have had their contracts finalised.

NUPRC meets the press: Part of the obstacles that the new regulator faced, it says, was that it had to conclude stakeholder consultations on draft regulations of the PIA, from which it would generate Model Licences and Leases, that would facilitate issuance of the licences to the Awardees who formed SPVs as required in the 2020 bid round guidelines.

There was not to be any licence awards. The provisions to grant licences to bid winners came with the passage of the Petroleum Industry Act (PIA), which itself came into being in August 2021, fourteen months after the launch of the bid round.

The NUPRC, which succeeds the DPR, came into being in September 2021.

Awardees have, however been clamouring for the license as far back as November 2021, as there can be no clear sight to development finance and field visit without a licence.

Marginal field rounds differ from other acreage lease sales because the fields are undeveloped discoveries located in acreages operated by some companies. To start work on a marginal field, an awardee has to engage with the party that operates the acreage from which the marginal field is carved out and ringfenced. Full due diligence can only be carried out with access to full field data, which cannot be accessed without a licence.

Even so, part of the obstacles that the NUPRC faced was that it had to conclude stakeholder consultations on draft regulations of the PIA, from which it would generate Model Licences and Leases, that would facilitate issuance of the licences to the Awardees who formed SPVs as required in the 2020 bid round guidelines.

At the most recent meeting with the winners, the NUPRC noted that it expected there is now a contract in place between the S.P.V member companies. The agency also noted that: