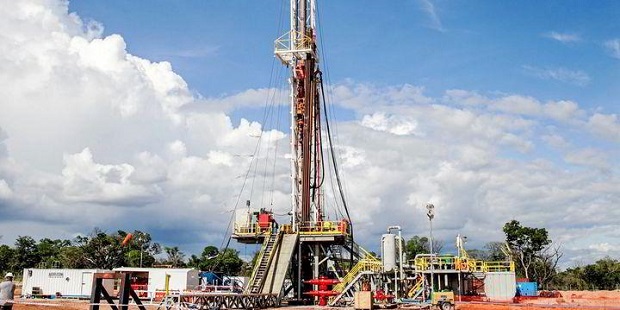 The 8-2 well is the first of an initial four well drilling programme, which will test two of the Basin’s three play types; oil prone Karoo Rift Fill and Intra Rift Fault Block plays, determined by interpretation of parts of the 1,211 kilometres of two dimensional (2D) seismic data acquired within the company’s over 34,000 square kilometre licensed area.

Jarvie-1, the company owned 1000 HP drilling rig “is now on the first drilling location (8-2) rigging up and scheduled to spud on or before June 25, 2022”, ReconAfrica says in a release.

8-2 will be drilled to a planned depth of approximately 2,800 metres (9,184 feet) and is designed to test potential conventional oil and associated natural gas reservoirs in clastic rocks (sandstones) in the Karoo Rift Fill, the Company’s primary play. The well will also be drilled deeper into the Pre-Karoo Mulden and Otavi formations. These intervals correspond to zones in the Company’s first well, the 6-2, (a non-seismically defined stratigraphic test) which is approximately 6.5 kilometres to the East, that had good oil and gas shows. It is anticipated the well will reach total depth within 60 days from the initial spud. Netherland, Sewell & Associates, Inc. (“NSAI”), the Company’s independent qualified reserves evaluator, has estimated an unrisked gross 799Million barrels of original oil in place (OOIP) for the well 8-2. The estimated unrisked gross prospective resource, (P50 case) with a projected 17% primary recovery, is 138Million barrels of oil for this well. Prospective resources are the arithmetic sum of multiple probability distributions.