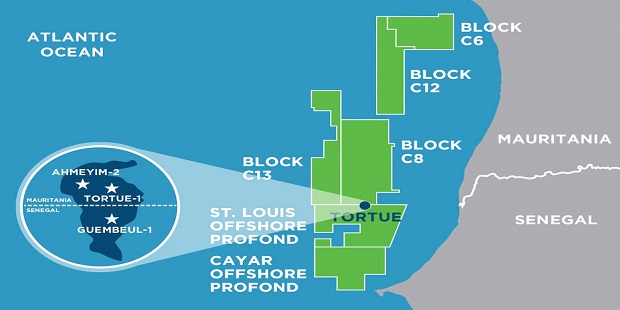 The multi-client project was undertaken through an exclusive agreement with the Ministry of Petroleum, Energy and Mines in Mauritania. It is comprised of 11 vintage seismic surveys and provides a seamless, modern, high resolution data set spanning the Mauritanian offshore coastal basin. This basin is a key part of the frontier MSGBC basin in which several large-scale, offshore, gas fields have been discovered, with an estimated 63trillion cubic feet (Tcf)* in place in Mauritania thus far, ION declares.

“With foreign investment flowing in, field developments expected to come online in 2023, gas favoured as a source of energy for the energy transition, and capacity expected to exceed domestic needs, contracts for LNG export to European and other markets is anticipated”, the company reiterates.

“The MSGBC basin has become one that matters in the global oil and gas landscape, even if it is still today a frontier area. We have an enormous potential and we must find the right solutions to use these resources for the development of the country,” stated Chemsdine Sow Deina, Exploration Director at Societe Mauritanienne des Hydrocarbures (SMH).

“With ION’s delivery of its Mauritania 3D reprocessing program, operators now have a lower cost, lower risk, sustainable solution for evaluating the offshore hydrocarbon potential of Mauritania,” said Chris Usher, President and CEO. “As a result, we anticipate additional discoveries will be made that ensure Mauritania’s long term energy security, as well as exports that fund sustainable economic growth and development.”

The Mauritania 3D reprocessing program was supported by the industry and almost triples the amount of 3D data that ION has delivered this year from approximately 10,000 km2 to 29,000 km2. Final pre-stack depth imaged deliverables are now available. Learn more at iongeo.com/Mauritania.

*Estimate from Mauritania-Senegal: an emerging New African Gas Province – is it still possible? October, 1, 2020. The Oxford Institute for Energy Studies