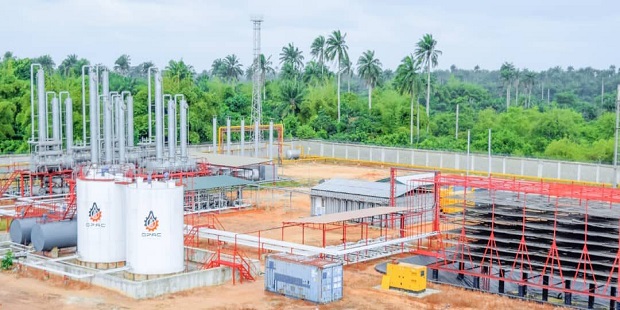 By Jo Jackson Mthembu, in Asaba

The refinery is sitting idle three months after the regulator signed off on its Licence to operate.

Planned products include Diesel (AGO), which is in high demand, Naptha, Kerosene and Fuel Oil.

OPAC is depending on crude supply from the state hydrocarbon company Nigerian National Petroleum Company (NNPC) Ltd, based on the government’s assurance to support modular refineries with feedstock, as documented in the Petroleum Industry Act (PIA).

OPAC and NNPC have been engaged in discussions since 2019 and OPAC has submitted documents to NNPC, for review.

NNPC officials had been expected to visit the refinery but they haven’t.

The question: Why the delay? Perhaps NNPC is wary of signing off 10,000Barrels of crude a day for payment in local currency Naira. Perhaps? NNPC sources declined to comment. NNPC officially, didn’t respond to inquiry from Africa Oil+Gas Report.

The facility has passed all reliability tests and won the approval of the Nigeria Midstream and Downstream Petroleum Regulatory Authority (NMDPRA) after a refinery and an effective refinery commissioning exercise. It had been okayed to receive crude for refining and it has the approval to sell products, documents sighted by Africa Oil+Gas Report indicate.

Nigerian hydrocarbon companies, whether operating upstream or downstream, do not take on NNPC in public, so comments from companies who have challenges with NNPC are always difficult get on record.

OPAC is the first functional modular refinery without its main promoters being operators of a producing oilfield, serving as guaranteed feedstock even though it is strategically located close to the MIDWESTERN Crude/Gas Gathering Facility in Kwale, where a combined 30,000 Barrels of Oil Per Day (BOPD) is gathered from several marginal fields and sent to the Brass and Forcados terminals.

The two fully functioning modular refineries in the country, completed before OPAC, are the 11,000BSPD Ogbele Refinery, (owned by Niger Delta E&P) supplied by the Ogbele field and the 5,000BSPD Waltersmith Refining & Petrochemical facility (built by Waltersmith Petroman), primarily supplied by the Ibigwe field.

Indeed, the Walter Smith Refinery receives 2,000Barrels of crude every day from SEPLAT Energy operated Ohaji South field, nearby, as the Ibigwe field does not deliver up to 3,000BOPD of its own currently. In any case, the entire crude produced in SEPLATS’s Ohaji South (about 7,000BOPD)  is processed in a SEPLAT owned Early Production System (ELPS), sitting right inside the Ibigwe field Flow station, so there’s extremely beneficial relationship between SEPLAT Energy and Waltersmith.

OPAC has a contractual agreement