Ukraine’s Origins and The Gas Crisis with Russia 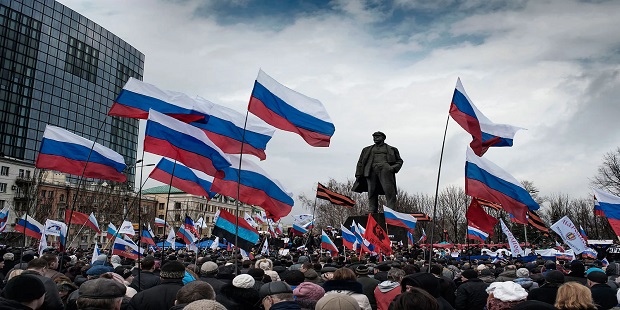 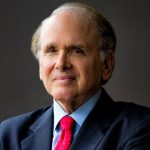 BOOK EXCERPT: From ‘The New Map’, published in 2020, two years before the Russian invasion of Ukraine…

Russia’s supply of natural gas to Europe—about 35 percent of Europe’s total gas consumption—is at the centre of a geopolitical clash.

It comes with a basic question: Is this reliance and multibillion-dollar gas business an instrument of Russian power and influence, or is it a part of a mutually beneficial, geographically determined trading relationship?

Nowhere is this tension more evident than in the fissured and violent relationship between Russia and Ukraine. The consequences reverberate on energy markets, in relations with Europe, and on the relationship between Russia and the United States, with impacts ranging from the US military budget and the domestic strife over the 2016 US presidential election, to the rising hostility between the world’s two major nuclear powers, to the impeachment trial of Donald Trump in 2020. Indeed if one were to the single most important reason for the new antagonism between Russia West—and the new cold war-it is Ukraine and the bitter and unsettled questions resulting from the breakup of the Soviet Union and the way they have played out!

The linguistic root of “Ukraine” means “edge” or “border land.” The territory that became known as Ukraine is mostly an extended plain with few natural borders. Ukraine and Russia both assert a common origin in Kyivan Rus. This medieval kingdom was established by Viking warriors who intermixed with local Slavic tribes in what became known as the “Rus lands,” which were ruled from Kyiv (the capital of Ukraine today). Despite their shared lineage in Kyivan Rus, modern Ukraine and Russia clash bitterly over claims of common identity, as Russians portray it, versus separate identities, as Ukrainians assert.

Kyivan Rus disappeared from history when the Golden Horde, the Mongols, sacked Kyiv in 1240. The first maps of Ukraine, including its borders, were drawn around 1640, when it was part of the Grand Duchy that combined Lithuania and Poland. One map was labeled “General Description of the Empty Plains (in Common Parlance Ukraine).”

Fourteen years later, in 1654, a leader of the Cossacks in what today is Ukraine swore allegiance to the tsar of the eastern Slavic principality of Muscovy, which was “regathering” the Russian lands. Historians, politicians, and nationalists continue to argue today whether that allegiance to “Muscovy” was conditional, retaining autonomy, or absolute submission and incorporation into the gathered lands.!

Nationalist identity and fervor were developing in Russia’s Ukraine before World War I. This was at the same time that full-scale industrialization got underway in the Donbas region in southeastern Ukraine, drawing in Russian speakers from elsewhere in the empire. In 1918, shortly after the Bolshevik Revolution, an independent Ukraine was declared, but it disappeared in the chaos of the Russian Civil War. After the Bolshevik victory, Ukraine became a founding republic of the Soviet Union.

At independence, Ukraine was “born Nuclear,” for it inherited nineteen hundred nuclear warheads from the Soviet Union, making it the world’s third-largest nuclear state. In 1994, in what is known as the Budapest Memorandum, it gave up those weapons and transferred them to Russia. In exchange, Russia, Britain, and the United States solemnly promised to “respect” the “existing borders of Ukraine.”

ONE INSTITUTION MANAGED TO SAIL THROUGH THE MAELSTROM OF THE post-Soviet collapse intact, though somewhat battered—the ministry of natural gas. It, however, changed its name—to Gazprom.

It gained control of the big export pipelines—and the revenues that came from exports—and thus inherited the Soviet-era relationship with the major Western European energy companies. 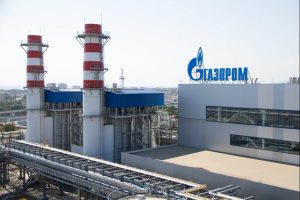 Gazprom became the largest gas company in the world. It provided gas to keep Russia’s domestic economy going, even if bills went unpaid; it maintained its reputation as a reliable supplier to Western Europe, and it delivered desperately needed revenues to the national treasury.

Amid the chaos of the collapse, Gazprom represented not only continuity with the past but also Russia’s future economic integration with the West. Gazprom insisted it operated as a commercial organization, but for some outside Russia, it was not just a gas company. It was also the palpable ghost of the Soviet-American Cold War, the embodiment of resurgent Russian power, and the instrument for Russia to gain leverage over Western Europe and thus drive a wedge between Europe and the United States. At the heart of the gas issue was Ukraine.’

Natural gas, and the pipelines that carry it, had bound the two countries together—but now would set them against each other. Gas imported from Russia was Ukraine’s major energy source and critical to its own economy and fueling its heavy industry

In which direction would Ukraine look for its future? This fundamental question has inflamed relationships between Ukraine and Russia ever since the breakup of the Soviet Union. Would it continue to look east and remain under Moscow’s sway? Or west, toward Europe and the European Union and, from Moscow’s point of view, toward NATO and the United States?

Natural gas, and the pipelines that carry it, had bound the two countries together—but now would set them against each other. Gas imported from Russia was Ukraine’s major energy source and critical to its own economy and fueling its heavy industry. Moreover, the tariffs—that is, the fees—that Ukraine earned on the transmission of Russian gas to Europe through its pipelines and territory were a major source of government revenue.

But this was not a one-way street. Assuring access to Europe was critical for Gazprom, for the European market was its major source of revenues. That meant Russia also depended on Ukraine; as late as 2005, 80 percent of its gas exports to Europe passed through Ukraine’s pipe-lines. That, of course, had not mattered when Ukraine and Russia were both parts of the same country and were connected by what was called the “Brotherhood” gas pipeline. But now the Soviet Union was gone, and it mattered a lot. Ukraine and Russia were no longer brothers.

The breakup of the Soviet Union in 1991 quickly led to acrimony between the two countries over the price of Russian gas and the tariffs charged by Ukraine for passage through its pipelines. Yet the disputes were largely containable until the 2004 contested Ukrainian presidential election in which the “two Viktors” were pitted against each other. The initial winner in what was widely seen as a rigged election was Viktor Yanukovych, the sitting prime minister and a onetime boxer.

Yanukovych’s native language was Russian, and he was Moscow’s candidate. His opponent was the other Viktor—Viktor Yushchenko, a former prime minister and head of the central bank and a native Ukrainian speaker, for whom Europe was the great calling.

The stolen election ignited massive protests, which converged on Kyiv’s Maidan Square in what became known as the “Orange Revolution’—after the colors of Yushchenko’s campaign. In a court-imposed runoff, Yushchenko won. It was a shock to Moscow. Ukraine now had a president who wanted to look west. As if to drive home that point, his wife was an American of Ukrainian descent, a graduate of Georgetown University who had worked in the Reagan administration.

Excerpted from The New Map: Energy, Climate and the Clash of Nations, by Daniel Yergin. Published by Penguin New York, 2020.

Breaking the Jinx of Amendment of Nigeria’s PSC Act »