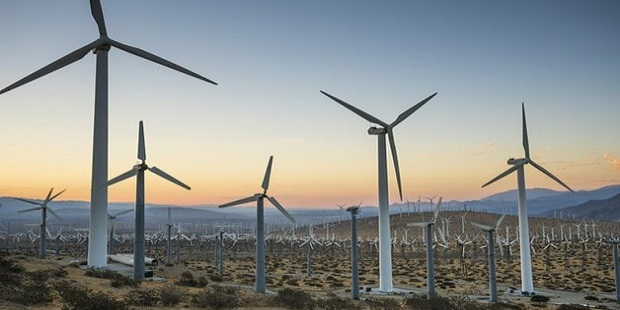 Saudi owned ACWA Power has led a consortium of companies to sign a project agreement to develop a 1.1GW wind project in Egypt, at an investment value of $1.5Billion.

The consortium, comprising Hassan Allam Holding, will work together during the development phase to complete the site studies and secure the financing of this facility.

Located in the Gulf of Suez and Gabal el Zeit area, this wind project is the largest single contracted wind farm in the Middle East region and one of the largest onshore wind farms in the world.

“The project will be designed to use state-of-art wind turbines with blade heights of up to 220 metres, which helps in achieving the best use of the designated land plots in the most efficient way”, ACWA claims in a statement.

“When complete, the project will mitigate the impact of 2.4Million tonnes of carbon dioxide emissions per year and provide electricity to 1,080,000 households.

“This milestone wind project falls within the framework of the Egyptian government’s strategy to diversify its energy sources and leverage the country’s rich natural resources, especially in renewable energy”, The statement by ACWA adds. “The 1.1GW wind project confirms Egypt’s commitment in spearheading the use of renewable energy sources to reduce the impact of carbon emissions produced by conventional energy sources, as Egypt gears up to host the United Nations Climate Conference (COP 27) in November 2022, the foremost international forum to discuss countries’ efforts in addressing climate change”.

« Angola Receives a $2Billion American Support for Solar Projects in Four Provinces
The Odd Couple of the Energy Transition: The Case of Chevron and ExxonMobil »