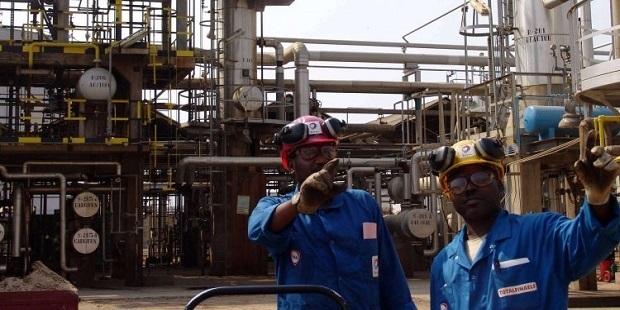 Angola has inaugurated an extension unit on the Luanda refinery, which quadruples the production of petroleum products at the plant.

It Is the first of three ongoing refinery projects in the country.

“The Combined Cycle has been rehabilitated so as to be fed by hydrogen produced by the new Platforming unit”, ENI says in a statement. “Power is now produced recycling gas with a net reduction of pollutant emissions”.

ENI and Sonangol signed a Memorandum of Understanding to give continuity to the support to expansion and modernization activities the refinery of Luanda.

“The main highlight is increasing the production capacity of refined petroleum products, such as diesel and gasoline. The situation in the country, which has significant crude oil production but until recently had little capacity to transform it, was somewhat incomprehensible,” Angolan President Joao Lourenco, said at the inauguration.

Angola produces only about 20% of the refined products it needs, despite being one of Africa’s top two crude oil producers.

President Joao Lourenco has made increased hydrocarbon refining capacity a priority. Construction of the 60,000BPSD refinery at Cabinda is ongoing, under a joint venture agreement with Sonangol, according to a report in the April 2022 edition of the Africa Oil+Gas Report.  “Phase 1 of that project is expected to include a 30,000BPSD CDU with a desalter, kerosene treatment and ancillary infrastructures including a conventional buoy mooring system, pipelines and storage facility for over 1.2Million barrels. It is due to be commissioned before the end of 2022. Phase 2 and 3 will upgrade the plant to a full conversion refinery with additional 30,000BPSD capacity, a new catalytic reformer, hydrotreater and catalytic cracking unit”, the report notes.

Also ongoing is the construction of the 100,000BPSD grassroots Soyo refinery in Zaire Province. The contract was won by the US company Quanten Consortium, in March 2021, under a Design, Build, Own, and Operate a tank farm and marine terminal for feedstock (including crude oil) delivered to and products exported from the refinery

Meanwhile, ENI said of the upgrade Luanda refinery: “The modernization and expansion project is based on a commitment taken by Eni with the Government of Angola, and leverages ENI’s know-how and expertise and its long cooperation with Sonangol. The project has had a positive impact in job generation and provided training opportunities for over 100 employees of Sonangol who benefitted from training by ENI in Milan, Sannazzaro, Livorno, Taranto and Luanda”.