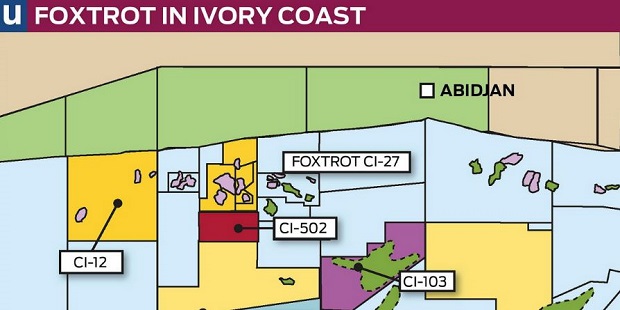 DNO ASA, the Norwegian oil and gas operator, has entered into a transaction agreement in which RAK Petroleum plc will transfer its ownership of Mondoil Enterprises LLC to DNO. The all-share transaction comprises Mondoil Enterprises’ 33.33% indirect interest in privately-held Foxtrot International LDC whose principal assets are operated stakes in offshore production of gas and associated liquids in Côte d’Ivoire, forming a bridgehead for DNO in West Africa.

“The move into Côte d’Ivoire is an important first step into a highly prospective region offering a broad set of growth opportunities through acquisition of producing fields, development assets and exploration licenses,” said Bjørn Dale, DNO’s Managing Director. The Company is already evaluating other opportunities in the region, he added.

Foxtrot International holds a 27.27% interest in and operatorship of Block CI-27 offshore Côte d’Ivoire containing the country’s largest reserves of gas, produced together with condensate and oil, from four offshore fields tied back to two fixed platforms, meeting more than three-quarters of the country’s gas needs. Foxtrot International also operates an exploration license offshore Côte d’Ivoire, Block CI-12, in which it holds a 24% interest.

In addition to the Foxtrot gas field, which began production in 1999, Block CI-27 contains the Mahi gas field, developed in 2012, as well as the Marlin oil and gas field and the Manta gas field which began production in 2016, following a four-year, $1Billion development campaign by the joint venture. Gas produced from these fields is transported by pipeline to fuel power stations in Abidjan pursuant to a gas sale and purchase (take-or-pay) agreement put into force in June 1999 and subsequently increased to 140 million cubic feet per day with a base price of $ 6.00 per MMBtu, subject to an indexation formula which has lifted the current price to $ 6.47 per MMBtu. 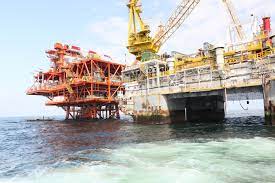 In early 2020, in connection with the signature of amendments and extension of the production sharing contract and the gas sales agreement to 2034, the Block CI-27 joint venture embarked on a two-year, $350Million field development and onshore facilities construction project to supply gas to two new power stations. Cash flow from operations have funded these capital investments. This work is nearing completion following the drilling of three new and two side-track wells; the last well in the programme, a side-track, is currently progressing.

This additional processing and well capacity are slated to increase gas supply to over 230 million cubic feet per day, subject to electricity sector demand and well performance. Drilling of up to another two wells over the period of the extension is planned to maintain the higher production capacity of the license. During the first half of 2022, gross sales averaged 200Million cubic feet of gas and 1,500 barrels of oil and condensate per day. Oil and condensate (and limited quantities of gas) are sold to the local refinery at arms-length prices. www.foxtrot-international.com

The effective date of the transaction is 1 January 2022 and the agreed consideration is $ 117.25Million, covering transfer of 100% of Mondoil Enterprises share capital valued at $ 95Million, comprising 9.09% indirect working interest in Block CI-27 and 8% in Block CI-12 both held through the ownership in Foxtrot International, and $ 22.25Million including $ 21Million in cash and $ 1.25Million in working capital.

DNO says it has conducted a due diligence of the assets to be acquired supported by third-party assessment of reserves and resources. The transaction has been negotiated by the independent members of DNO’s Board of Directors who, in addition to the attractive business merits also considered the advantage of increasing the Company’s free float to attract institutional investors and of augmenting DNO’s gas exposure to reduce its carbon footprint. Pareto Securities AS has been retained as financial advisor to DNO and has provided the independent directors with a fairness opinion.