With Oza Back On Stream, Wade Cherwayko Returns to Nigerian Activity 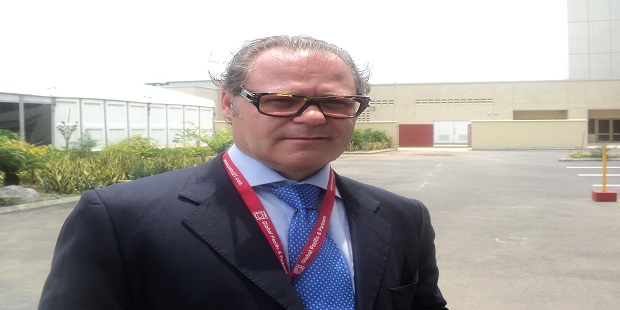 The report of the revamped production on the Oza field, onshore eastern Nigeria, effectively announces the return of Wade Cherwaycko to the country’s oilfield activity.

Cherwayko is the spine behind Decklar Resources, the Toronto listed firm which has taken control of three marginal fields in Nigeria in the last three years.

The Oza field was the first asset the company moved on to, when in April 2019, it concluded an RFTSA with Millenium Oil &Gas, operator of Oza Field (one of the marginal fields awarded in 2004).

After re-entry into Oza-1 well, which had been produced sub optimally  by Millenium Oil& Gas  Decklar Resources announced resumption of production at Oza, at an averaged, stabilized production rate of 1,184 barrels of oil per day (BOPD) of 23 degree API sweet crude oil and flowing tubing head pressure of 400 psig with zero BS&W and an average gas oil ratio of 71 mcf/bbl. Production flows into storage tanks at the Oza Oil Field and then will be delivered by truck to the Umugini Pipeline Infrastructure Limited crude handling facilities.

The Asaramatoru field is the second field in Decklar’s basket. In July 2021, the Canadian minnow announced the completion of a Share Purchase Agreement to purchase all of the issued and outstanding ordinary shares of Purion Energy Limited, a Nigerian entity that had entered into a RFTSA with Prime Exploration and Production Limited, the Operator of the Asaramatoru Oil Field.

In June 2022, Decklar announced the purchase of all of the issued and outstanding ordinary shares of Westfield, a Nigerian entity that had entered into a Risk Finance and Technical Services Agreement (RFTSA) with Erebiina Energy Resources Limited to participate in the Emohua Field in Nigeria, located in Oil Mining Lease (OML) 22, onshore eastern Nigeria.

What these deals mean is that Decklar Resources Inc is targeting a list of Nigerian independents struggling with financing and technical capability to continue developing their assets.

The striking thing is that the holders of Emohua field were only granted the licence to the field in late June 2022, as the field is one of those in the just concluded 2020 Marginal field bid round.

What these deals mean is that Decklar Resources Inc is targeting a list of Nigerian independents struggling with financing and technical capability to continue developing their assets.

This role is reminiscent of what Mart Resources, an earlier vehicle that Mr. Cherwayko championed, played in the Nigerian oil industry in the 2000s.

Indeed, Wade Cherwayko first showed up in Nigeria in the early 1990s, with his Toronto-listed minnow, Abacan Resources, with which he farmed into two Nigerian offshore licences. The company eventually went belly-up. He reappeared in 2003 during the first marginal fields bid round and farmed in and funded four marginal fields, the star one of which was the Umusadege Field, won by Midwestern Oil and Gas Limited. He and his Mart Resources brought the field to a peak production of 27,000Barrels of Oil Per Day. He eventually collapsed Mart into MidWestern and, together with other investors, they founded Eroton, which won the bid (jointly with Sahara Energy) to acquire Oil Mining Lease (OML) 18 from the Shell partnership in 2015. With that deal, Cherwayko moved far away from the nuts and bolts of things. He returned to the  Marginal Fields terrain in 2019 with another Toronto-listed minnow, Decklar Resources. The success of Decklar in Oza’s revamp is a statement. Cherwayko is signaling: watch this space

This article was adapted from a piece published two months ago in the May 2022 edition of the Africa Oil+Gas Report.