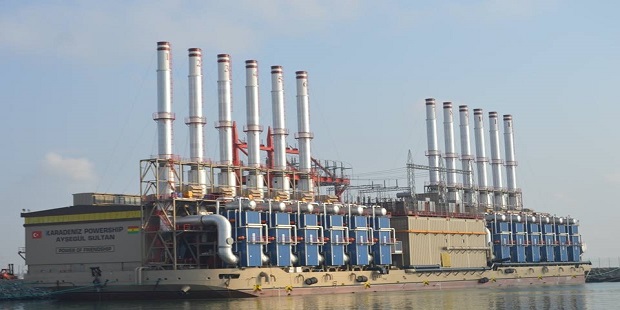 Turkish owned Karpowership is still unable to get anywhere close to an approval to install a 1,200Megawatt power facility off the South African coast, despite its winning a bid run by the country’s Ministry of Energy.

The project is held up in the crucial environmental approval stage.

The power-ship companies were to generate 1,220MW of power from imported Liquefied Natural Gas  (LNG), in what was to be the first formal introduction of natural gas into the country’s electricity grid, through Eskom, the state utility.

But Environmental authorisation for the project was denied in June 2021.

The denial of the latest appeal was made public on August 1, 2022.

This is all contrary to the spirit of the bidding process.  “The projects are required to reach financial close by the end of July 2021”, the Ministry of Minerals and Energy said at the time the preferred bidders were announced. “Due to the urgency to bring power online, this date is not negotiable. It is for the preferred bidders to manage all the risks to reach financial close. First power from the projects is expected in August 2022”.

In denying the appeal, Barbara Creecy, South Africa’s Minister of Forestry, Fisheries and the Environment, said she had “the constitutional and legal obligation not to allow a preventable situation in an environment that may potentially harm the health or well-being, in a wide sense, of another person or persons. The need and desirability of a proposed project should also be considered in this context.”

Ms. Creecy’s department has criticised gaps in the group’s consultation processes. It said that requirements were not met, including public participation and the proper evaluation of the potential effects on the environment as well as socioeconomic conditions.

It added that the potential environmental impact of the project could not be properly evaluated because of the lack of a proper underwater noise study and significant gaps and limitations with other assessments. “The final environmental assessment report was not always entirely convincing in dismissing concerns around heated seawater discharges, which could result in temperature increases of up to 15°C in the vicinity of the powerships,” the Minister explained.