Can Wael Sewan Transform Shell into an Energy Company? 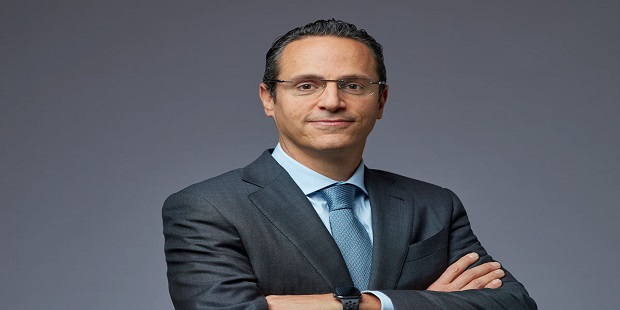 Shell and the other oil majors must face a significant paradigm shift: an oil and gas company becoming an energy company. Their previous strategy of high risk = high returns is being replaced by high risk = low/no returns. The real litmus test is the contrast between the performance of the share price of the oil majors and the Dow Jones Industrial Index: between January 2018 and June 2022 the Dow rose 23%(25,295 to 31,097) while the oil majors, with the exception of Equinor and Chevron, have under-performed dramatically. Shell, for example, in the five-year period January 5 2018–July 1 2022 has decreased 25% (from $69 in 2018 to $52 in June 2022). Will Sewan’s leadership change this?

During this 5-year period the share price of the oil majors is as follows:

By contrast, new energy companies—ENGIE, Enel, Iberdrola, Ørsted, RWE, and Vattenfall—all are low risk, and their dividends are competitive with the oil majors. Iberdrola had a 5% dividend in 2021, Enel provided a dividend yield of 6.6% in 2020, and ENGIE dividend yield 6.23% in 2021. Their stock prices are steady and positive. Their green strategy has been delivered in place and accepted by the investor community.

Annual capital expenditures in the near term, according to Shell, could be in the range of $21-23Billion. The company has stated that its renewables and energy solutions will be $2-3Billion compared to previous targets of $1-2Billion. This pales in comparison to the $3Billion earmarked for marketing, $4Billion in integrated gas—its LNG arm, $4-5Billion in chemicals and products as well as $8Billion in upstream investments consisting of upstream exploration and production.

While its competitors—BP and TOTALEnergies—are busy buying and creating gigawatts of new energy, Shell maintains that it wants to focus on the value it generates for shareholders across the entire value chain. While the company is eager to proclaim value generation, there is little indication to shareholders what this means. For the period 2025-2030, Shell lumps together the capital budgets devoted to three categories:

Growth which entails renewables and marketing, will receive 30% of Shell’s capital budget;

Predicted IRRs (Internal Rates of Return) per category, vary between 10-25%.

Will this strategy placate shareholder unrest?

Shell has a target to become a net-zero-emissions energy business by 2050. The company plans to transform its refinery footprint to five core energy and chemical parks, reducing the production of traditional fuels by 55% by 2030.

Does Shell’s goal for its energy and chemical parks fit within the verdict brought down by the Dutch courts that ordered Shell to cut its CO2 emissions by 45% by 2030 compared to 2019 levels? Is Shell still in charge of its energy transition scenarios or is it desperately playing catch-up to ensure that its influence and strategy has an impact on the swiftly changing energy landscape?

In its Sky 1.5 Scenario, Shell anticipates a rapid and deep electrification of the global economy, with growth dominated by renewable resources. Global demand for coal and oil will peak in the 2020s and natural gas in the 2030s. In the sectors that are more difficult to electrify, liquid and gaseous fuels will be progressively decarbonized through biofuels and hydrogen.

Shell’s energy prognosis is certainly in line with other sources who are sounding the alarm about global warming and the need for rapid decarbonization. But how will this affect Shell? Is the company nimble and dextrous enough to ensure it will be a force for good in the next phase of the energy transition? The signs are not encouraging.

In 2020 the IEEFA (Institute for Energy Economics and Financial Analysis) evaluated Shell’s green progress. According to Clark Butler, the author of the report, Shell must shift at least $10Billion per annum or 50% of its total capital expenditures from oil and gas and invest it in renewable energy if they are to reduce their carbon intensity in line with their stated goals. 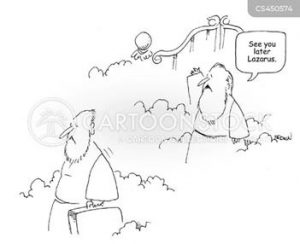 Was Shell’s second quarter results of 2022 a Lazarus moment?  The company announced adjusted earnings of $11.5Billion in the second quarter of 2022 and adjusted EBITDA (earnings before deduction of Interest, Tax and Amortisation) of $23.1Billion. Also included was a post-tax net impairment of $4.3Billion. Translated meaning that $4.3Billion previously identified as stranded assets is now seen as an energy asset that can be developed profitably.

The prestigious Dutch Financieele Dagblad(Financial Times) correctly asked whether Shell’s increased asset value is now positioning the company to do a  takeover of a major renewable energy company? Or will it continue to plough more of its investments in fossil fuels? Shell’s last major investment  was the takeover of British Gas in 2015  for $70Billion. With $100 per barrel of oil predicted for the short-to-medium term there is sufficient motivation to continue down the current hydrocarbon path and pay scant attention to even think about a dominant renewable energy future.

Yet Shell’s post-tax net impairment strategy has a precedent. In the summer of 2020, French oil and gas giant TOTALEnergies announced a $7Billion impairment charge for two Canadian oil sands projects. This might have seemed like an innocuous move, merely an acknowledgement that the projects hadn’t worked out as planned. However, it opened a Pandora’s box that would change the way the industry thinks about its core business model—and point the way toward a new path to financial success in the energy sector. While it wrote off some weak assets, it also did something else: TOTALEnergies began to sketch a blueprint for how to transition an oil company into an energy company.

The heart of the oil and gas industry is knowing how it measures its value: learning to understand the petroleum classification system, which provides the heartbeat of the industry. In the trade this is called the RRR (reserve replacement ratio), the annual amount of oil and gas reserves that a company must replace on an annual basis to maintain its portfolio.

The Paris Agreement of December 2015 was a sharp warning to the oil and gas industry that it was no longer business as usual.

But it was during the summer of 2020 that the seeds that eventually transformed the oil and gas industry, as we know it, were planted. Patrick Pouyanné, TOTALEnergies’ chairman and CEO, now says that by 2030 the company “will grow by one third, roughly from 3 million BOE/D (Barrels of Oil Equivalent per Day) to 4 million BOE/D, half from LNG, half from electricity, mainly from renewables.”(TOTALEnergies Strategies and Outlook Presentation, 9/30/2020, TOTALEnergies.com/media/news).

This was the first time that any major energy company had translated its renewable energy portfolio into barrels of oil equivalent. So, at the same time that the company had slashed proven oil and gas from its books, it also added renewable power as a new form of reserves.

Each of the oil and gas majors spilled red ink in 2020, and most took significant write-downs, but TOTALEnergies’ oil sands impairments were different. The company wrote off reserves, or oil and gas that the company had previously deemed all but certain to be produced. Proven reserves long stood as the holy of holies for the oil industry’s finances—the key indicator of whether a company was prepared for the future. For decades, investors equated proven reserves with wealth and a harbinger of long-term profits.

Now Shell has concluded that because of high energy prices,  its post-tax net impairment strategy—a role reversable—the company can reclaim a portion of its stranded assets. Will other companies follow? Will these claims lead to more investments in the oil and gas sector, or in renewable fuels?

Under pressure from its shareholders and public opinion, Shell may be forced to move its zero emissions deadline forward to 2030 instead of 2050. At the AGM(Annual General Meeting)  in May 2022, shareholder climate resolutions did not carry the day but still is a major issue which the company cannot ignore.

Greenhouse gas emissions are categorised into three groups or ‘Scopes’ by the most widely-used international accounting tool, the Greenhouse Gas (GHG) Protocol. Scope 1 covers direct emissions from owned or controlled sources. Scope 2 covers indirect emissions from the generation of purchased electricity, steam, heating and cooling consumed by the reporting company.

Scope 3 includes all other indirect emissions that occur in a company’s value chain. Scope 3 emissions, most of the oil majors claim, are difficult if not impossible to control. Shell has on this basis argued that it can only react to client reactions and not predict or anticipate their reactions. This is why the court decision of May 2021 in the Netherlands ordering Shell to cut its CO2 emissions by 45% by 2030 compared to 2019 levels was a rude awakening to Shell management. Suddenly Scope 3 emissions have been declared a societal duty.

How will Shell’s rebranding affect the company’s three major divisions—upstream, integrated gas, and downstream? Could Shell’s post-tax net impairment strategy be a smaller part of a major Shell renovation?  Not in the first place any takeover of any renewables company but a serious reallocation of its resources—both financial and technical. A Good Bank vs Bad Bank Scenario: Spinning off its huge Upstream Division to possibly merge with other upstream divisions;  thus, freeing up funding needed to transform its Integrated Gas and Downstream and Renewables Divisions for the energy transition.

Shell indicated that it will reduce its upstream division to nine core hubs—Permian, the Gulf of Mexico, United Kingdom, Kazakhstan, Nigeria, Oman, Malaysia, Brunei and Brazil– and it will do no frontier exploration after 2025. If the rush to the global exploration exit continues to pick up speed, Shell may well have to reconsider its upstream strategy, perhaps going so far as to spin off the upstream division as a separate entity or do a joint venture with other partners.

Shell’s integrated gas division, translated Shell’s LNG division which is the largest of the oil majors,  could prove to be its star asset. For example, Wood Mackenzie’s AET-2 Scenario (Accelerated Energy Transition Scenario) predicts that in the following decades, market power will shift from OPEC to the giant gas producers, such as the USA, Russia, and Qatar.

According to AET-2, the “Era of carbon-neutral gas is born. AET-2 would require $300Billion to support Liquified Natural Gas growth globally and $700Billion to support dry gas development in North America.”  Given that Shell is the global leader of LNG (liquid natural gas)this is certainly a sweet sound for Shell’s LNG business.

Downstream could also prove to be a key energy transition asset. Shell’s REFHYNE Project, the Rhineland Refinery in Germany, could well become the precedent that the company needs to ensure it becomes the leading supplier of green hydrogen, where hydrogen production is powered by renewable energy for industrial and transport customers. Could the REFHYNE Project be duplicated many times over to ensure that green technology becomes a key ingredient in the energy transition?

Shell must make some key strategic choices. The time for small incremental steps to meet the goals of the energy transition is over. Currently renewables and energy solutions account for only $2-$3Billion or approximately 10% of the company’s total expenditures. Will Shell use its post-tax net impairment of $4.3Billion as a first step to drastically expanding its renewable energy division or will it be utilized to explore for more oil and gas?

Gerard Kreeft, BA (Calvin University, Grand Rapids, USA) and MA (Carleton University, Ottawa, Canada), Energy Transition Adviser, was founder and owner of EnergyWise.  He has managed and implemented energy conferences, seminars and university master classes in Alaska, Angola, Brazil, Canada, India, Libya, Kazakhstan, Russia and throughout Europe.  Gerard has Dutch and Canadian citizenship and resides in the Netherlands.  He writes on a regular basis for Africa Oil + Gas Report, and contributes to IEEFA(Institute for Energy Economics and Financial Analysis). His book The 10 commandments of the Energy Transition is now on sale at  Bookstore

Note: This article is an updated and modified version to reflect Shell’s change at the top.