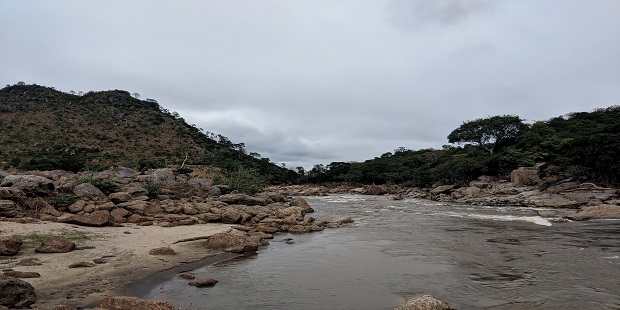 The Government of Malawi (GOM), IFC, Scatec and EDF have signed a binding commercial agreement to undertake the co-development of the Mpatamanga hydropower project.

The 350-megawatt (MW) facility, located on the Shire River, will double the installed capacity of hydropower in Malawi, and improve power supply security, provide opportunities for increased renewable energy generation capacity in the country and contribute to controlling the flow of the Shire River downstream of the power plant.

The agreement, signed under Malawi’s Public-Private Partnership framework, concludes the selection process undertaken by the Government of Malawi to competitively select a private sector partner to finance, build, and operate the Mpatamanga hydropower plant. The signing officially awards the role of project lead developer to a consortium composed of Scatec and EDF.

IFC (International Finance Corporation, an arm of the world Bank) “worked closely with the Government of Malawi to support the early-stage project development and provided funding for activities that allowed the government to launch the competitive tender process”, the Bank says in its report.

The generation facility is composed of two plants – a 309 MW peaking plant and a 41 MW downstream plant. The project is expected to contribute to reducing energy shortages and enhancing energy security in Malawi. The 309 MW plant with its reservoir storage is designed to provide much needed energy during peak demand hours of the day and overall grid stability with its ability to ramp up or down production to meet actual demand.

Scatec, and its venture partners British International Investment (BII) and Norfund, and EDF are majority shareholders in the project and will own 55% of the project, split between them. EDF will own 27.5%, while Scatec has an ownership of 14%, and the venture partners the remaining 13.5%. The Government of Malawi will own 30%, and IFC 15% of the total project shareholding.

“Mpatamanga will deliver electricity to approximately two million people and save 520,000 tons of CO2 emissions per year”, IFC explains. “The Mpatamanga hydropower plant has the potential to grow Malawi’s electricity infrastructure and connect thousands of rural and remote households while also spurring green, inclusive, and resilient growth in the country,” ssys Jumoke Jagun-Dokunmu, IFC Regional Director for Eastern Africa.