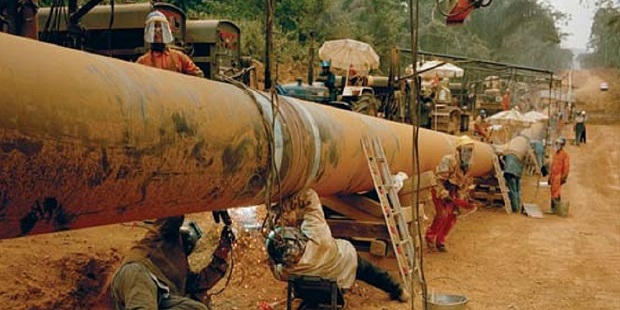 The Cameroonian Treasury gained a revenue increase of over 9% year on year in transit rights for Chadian oil via the Chad-Cameroon pipeline between January and June 2022.

22.76Million barrels of crude oil produced in the Chadian oil fields were transported to the Kome terminal in Kribi, in the southern region of Cameroon, in those six months.

The $28.7Million income from the evacuation facility is slightly more than 9% higher than that collected during the same period last year.  Over the period reviewed, data from the Pipeline Steering and Monitoring Committee (PSMC) indicates.

Cameroon could earn more than the $49Million gained during Financial Year 2021, if this production volume is maintained throughout the year, According to the PSMC, last year’s revenue was generated through the transit of 42.92 million barrels of Chadian crude through Cameroonian territory.

Over the first 10 years of operation (2003-2013), the Chad-Cameroon pipeline only generated $132Million in revenue, an average of $17Million a year. In 2013, Cameroon undertook to renegotiate the royalty, and in the event increased the revenues earned from the infrastructure. The transit fees are now renegotiated every five years, the last one being 2018. The next reevaluation is expected take place in September 2023.

« ‘GEIL Will Build a Gas Based Industrial Hub, one Brick at a Time’
Who is in charge of Regulating Nigeria’s Crude Export Terminals? »