Could Nigeria’s Oil Industry Be Entering a New Era? 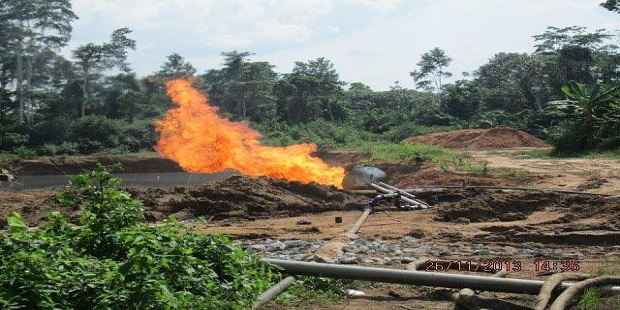 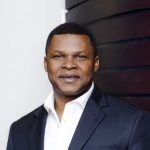 When Nigeria’s Petroleum Industry Act (PIA) was signed into law in August 2021, I spoke about the positive changes the law would be driving in terms of increased transparency and energy sector productivity.

The state-owned Nigerian National Petroleum Company (NNPC) recently became NNPC Limited, a commercial venture, as mandated by the PIA. Rather than operating as a government entity, with all of the red tape and inefficiencies that went with it, the company’s focus has been shifted to productivity and earning profits.

The company appears to be moving in that direction.

Early this summer, NNPC Ltd. successfully re-negotiated production-sharing contracts (PSCs) with multiple oil majors and an indigenous company after nearly 30 years of disputes. The PSCs involve five deepwater blocks believed to be capable of producing as much as 10 billion barrels of oil over a 20-year period.

Investments had stalled as a result of ongoing disagreements over revenues and taxes. But after protracted negotiations, NNPC and the companies were able to minimize the revenue and tax ambiguities that had existed in the earlier contracts and move forward amicably with the oil companies, which include Nigerian company South Atlantic Petroleum, Chevron, ExxonMobil, Equinox, Shell, and China Petroleum and Chemical Corp (Sinopec). This is a significant accomplishment with the potential to revitalize Nigerian exploration and production, fostering energy security and stimulating economic growth as a result.

Some have argued that NNPC’s transformation will be in name only, particularly since it still will be owned by the Nigerian government. But renegotiating those PSCs is a promising sign that its existence as a commercial operation will not be business as usual.

While there are no guarantees that the news about the company will always be positive going forward, I am cautiously optimistic. We could be witnessing a new era in Nigeria: A strong national oil company, free from the influence of politics, could be the change that finally moves Nigeria’s vast petroleum resources from unfulfilled promise to a real agent of good for everyday people.

When NNPC was founded in 1977, the state-owned and controlled corporation’s primary role was to oversee Nigeria’s oil industry. Beyond that, it was intended to develop the country’s upstream and downstream industries. Unfortunately, NNPC has yet to help Nigeria reap the full benefits a thriving oil industry should deliver. It has not achieved energy security for Nigeria — or maximized Nigeria’s oil and gas revenues. The company has struggled for years with poor management, failure to profit, and multiple allegations of corruption.

Nigeria’s oil refining capacity also suffered under NNPC’s watch. Between 2015 and 2020, the country’s three state-owned refineries operated at an average capacity utilization of only 7.87%, according to Nigerian newspaper The Whistler. As a result, Nigeria imports 90-95% of its refined petroleum products for domestic use, despite being the sixth largest oil producer in the world with 36.9 billion barrels of proven oil reserves. And while each of the refineries is currently being rehabilitated, which is good news, none are operational right now.

NNPC has not been able to address energy poverty, either: Approximately half of Nigeria’s population lacks reliable electricity. The country has ample natural gas reserves – 202 trillion cubic feet (tcf) of untapped proven reserves – which should have been used to help meet domestic needs and power electricity generation on a larger scale. But instead, flaring has been far more prevalent than gas monetization and gas-to-power programs. Nigeria was able to cut flaring in half between the late 1970s and early 2000s, but later efforts to reduce flaring have faltered. And while the NNPC cannot solve these problems without the support of other government entities and oil and gas companies, it does carry at least some responsibility for better utilizing the country’s natural gas.

It’s safe to say that transforming NNPC into a transparent, effective, profitable company is a tall order. But I truly believe it’s not necessarily an impossible one.

As a commercial venture, NNPC Ltd. is meant to operate with minimal government funding or control. The company will be governed by Nigeria’s corporate laws under the Companies and Allied Matters Act (CAMA). NNPC Ltd. is now required to declare dividends to shareholders and dedicate 20% of its profits to growing its business. What’s more, the company must now make annual financial disclosures. That last requirement alone is a big deal. In 2020, NNPC published its audited financial accounts for the first time in 43 years, but until now, there was no reason to be confident that it would continue making that information available.

On the other hand, there is some cause for concern. As I mentioned, NNPC Ltd. is still wholly owned by Nigeria’s government, meaning that avoiding government influence could be a challenge. Also, in compliance with the PIA, the former NNPC’s employees have automatically been transferred to the new company with no vetting. That leaves the door open for old practices and inefficiencies to remain entrenched. Further, the PIA requires Nigeria’s president to appoint an NNPC Ltd. board, which will include “six (6) non-executive members with at least 15 years post-qualification cognate experience in petroleum or any other relevant sector of the economy, one from each geopolitical zone.” As my company, Centurion Law Group, has written, this approach politicizes the appointment of these individuals instead of ensuring appointments based on merit.

So, will NNPC be getting its act together? I don’t know. We certainly have more reason to believe it will than we’ve had up to now. I’m encouraged by recent statements from NNPC Ltd. Managing Director Mele Kyari about the company’s plans to expand Nigeria’s natural gas reserves, tackle flaring, and create more opportunities for Nigeria’s growing population of young adults.

“What affected the old NNPC was government interference and ethical considerations in the operations and appointments and performance of the organization,” Adenikinju said. “What I hope the new NNPC Limited would do is remove government control, which has made the government see NNPC as a cash cow.

“Hopefully if the government were to follow the guidelines of the PIA, they would be able to market the NNPC and operate as they should, and it would help Nigerians to benefit from the commercialization,” he said.

Absolutely. Ultimately, helping Nigerians thrive is exactly what NNPC Ltd. can and should be accomplishing.

I hope the company seizes this opportunity to do so. Africa is watching to see how this works.

Ayuk, founder of Centurion Law Firm, is also the Kickstarter and Chair of the African Energy Chamber

« ‘Nigeria’s Regulatory System “Sat on” the Gas Flare Out Programme’
‘GEIL Will Build a Gas Based Industrial Hub, one Brick at a Time’ »