Who is in charge of Regulating Nigeria’s Crude Export Terminals? 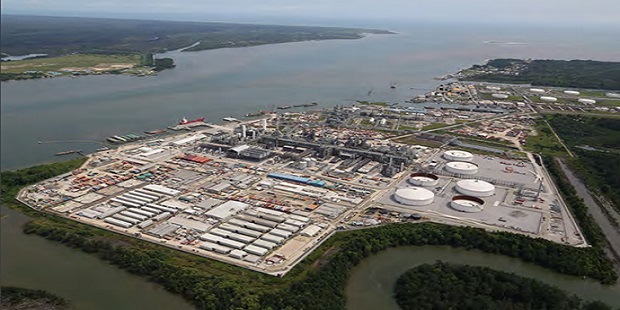 Crude oil producing companies operating in Nigeria used to report to the Department of Petroleum Resources (DPR) to obtain export permit for the commodity.

Until the Petroleum Industry Act (PIA).

The legislation inadvertently authorised both agencies to be in charge of regulating crude oil export terminals.

And Section 32ii of the PIA empowers the Nigerian Midstream and Downstream Petroleum Regulatory Authority (NMDPRA) to:

These two clauses have created a conundrum. Which agency is the rightful authority to issue export permit?

“This issue was one among several that the PIA implementation team saw and pointed to both agencies in our interactions with them and they promised to resolve implementation via the presidential steering committee”, a ranking manager at an International Oil Company told Africa Oil+Gas Report.

The two agencies fought out the issue of export permit during the third quarter (Q3) 2022 permitting round as they both insisted on issuing the permits and actually did. “This points to serious implementation hiccups in the law than ever envisaged”, the manager said.

Operators had to apply to both agencies but after much haggling, paid the fees only to the downstream agency as operators refused to pay twice for same permit.

Some analysts have wondered how storage and export of crude which is produced through upstream operations be a midstream to downstream activity.

But the PIA also explicitly defined upstream operations as terminating at the crude oil production Platform, such that there is validity in the argument that the NMDPRA should be the agency to grant export permit to terminals.

But some still kick against the Minister’s directive, in private, arguing that “dual regulatory powers” are not the intent of the PIA.

“Segregation clauses are meant to resolve the matter but segregation is not immediate”, a Nigerian owned operating company staff explained to Africa Oil+Gas Report. “From late 2021 to end of the 2nd Quarter 2022, operators were taking export permit from NUPRC but this was probably because NMDPRA was still finding its feet then as NUPRC was able to take off more effectively because it took over most of the structure and activities of DPR”.

The PIA is not a straight forward document the makers thought it is and so much unforeseen issues have come up and are coming up.

“Some of the segregation clauses were written by those who are not industry practitioners and operators seem to have paid more attention to the fiscal clauses in their advocacy such that there are several confusions in the operations clauses”, several analysts say.

So, what should be the way forward?

Everyone seems to agree that poor drafting is the big issue and this is clearly one area where some amendment will help.

“A literal reading of  the provisions of section 7 of the PIA would suggest  that the NUPRC remains responsible for any existing terminal”, says Adeoye Adefulu, Managing Partner at Odujinrin & Adefulu, a full service commercial law firm, “the NMDPRA would only be allowed to supervise the terminals which are established afterwards”.

In the long run, however “to address the conflict on regulations between the two regulators, the PIA needs to be amended to ensure that the full upstream value chain from acreage management to crude oil export is regulated by the upstream regulator while the midstream regulator is focused on midstream and downstream”, argues an asset manager at one of the International Oil Companies, who has had oversight function on regulatory permits. “In the interim until PIA is amended”, he argues, “the minister of petroleum/ President should issue a policy directive to effect the change”.