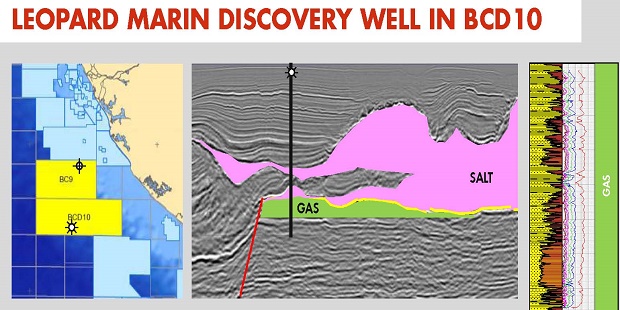 The campaign is for one well each to be drilled in first quarter 2023 in blocks BC-9 and BCD-10. The latter was where Shell encountered 200 metres of net gas pay while drilling the Leopard-1 wildcat in 2014. Shell was excited by the result at the time and there were speculations (that Shell did not refute), of potential resource of 10Trillion cubic feet of gas in the Leopard structure, which is located below a salt (carbonate) formation.

Shell has since divested from Gabon entirely, with CNOOC Ltd, its partner in the 2014 discovery, taking over 100% and operatorship of both assets in an acquisition finalized in 2019.

The drilling programme is crucial to the Gabonese authorities, who have struggled, in vain for the last 30 years, to place Gabon on the deepwater production map of the world. It is the only African oil producing country, lying on the edge of the south Atlantic, without crude oil or gas output from thedeepwater terrain.