ENI: The Joker in the Deck? 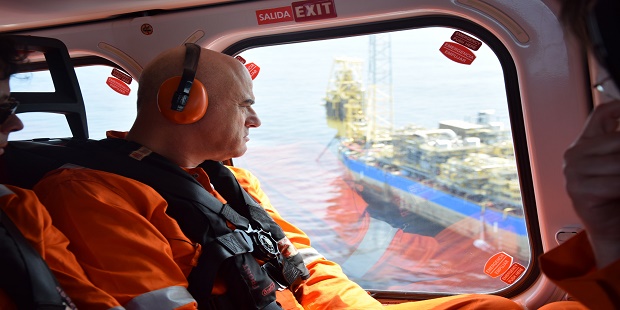 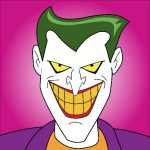 ENI, the Italian-based oil and gas giant is often overlooked in any discussions involving the other oil majors-BP, Chevron, Equinor ExxonMobil, Shell and TOTALEnergies. Yet ENI could be the Joker in the deck providing surprises to an unwitting public and be an upstart which deserves the needed attention. ENI’s strong presence in North Africa—Algeria, Egypt, and Libya—could in the coming months become one of Europe’s substitute provider of natural gas. The company operates in the frontier areas seldom mentioned in the daily news media.

For starters the company produces 1.7Million barrels of oil equivalent per day (MMBOEPD), has a balance sheet which has an economic leverage of 20%, and has, according to its website, an Internal Rate of Return (IRR) of 34%, the highest of all its peers  for the 2012-2021. Also, its RRR (Reserve Replacement Ratio) of 110% for the period 2012-2021 is the highest compared to its industry peers.

Yet ENI’s stock market price, like the other oil majors, has performed badly in the period between January 2018 and June 2022. While the DOW Jones Industrial Index rose 23% (25,295 to 31,097) in this period, most of the majors, with the exception of Equinor and Chevron, have underperformed dramatically. The ENI share price has, for example, in this five-year period  decreased by 20%.

During this 5-year period the share price of the oil majors is as follows:

A key ENI strategy  is developing a series of joint-ventures to ensure that ENI can achieve maximum leverage for its current oil and gas assets and at the same pursuing new strategies as part of its energy transition plan. Three examples:

Vår Energi, Norway was formed in 2018 following the merger of ENI Norge AS and Point Resources AS, owned by Hitec Vision, a private Norwegian investment fund.  The company’s primary focus is oil and gas developments on the Norwegian Continental Shelf. ENI controls 69.6% of the shares, and HitecVision 30.4%. Vår Energi has production in 36 fields and produces 247,000 boepd.

Azule Energy, Angola, a 50-50 joint venture between ENI and BP formed in 2022 to include both companies’upstream assets, LNG and solar business. Azule Energy is now Angola’s largest independent equity producer of oil and gas, holding 2Billion barrels equivalent of net resources and growing to about 250,000 barrels equivalent per day (boed) of equity oil and gas production over the next 5 years. It holds stakes in 16 licences (of which six are exploration blocks) and a participation in Angola LNG JV. The company also participates in the New Gas Consortium(NGC), the first non-associated gas project in the country.

An interesting footnote: “The JV incorporation takes place after the pending conditions were met, among them having secured a third-party financing of $2.5Billion in the form of Pre-Export Financing, and after receiving regulatory approvals.” In other words, any financing of Azule Energy will not be reflected in the ENI and BP balance sheets.

Plenitude, ENI’s new company, launched in June 2022 is an integrated business combining the generation of electricity from renewables, the sale of electricity, gas and energy services to households and businesses, and a European network of charging points for electric vehicles.

Plenitude had an installed renewables generation capacity of 1.4 GW and a pipeline of renewables projects of over 10 GW, a retail portfolio of 10Million clients and an electric vehicle charging network of 7,300 proprietary installed charging points (excluding inter-operational charging points).

“The cash flows from the retail business area will underpin the growth of the business, with the Company having sufficient leverage capacity to independently achieve its targets through a strong balance sheet and an investment-grade profile. Sustainability is at the core of Plenitude as it plans to achieve Net Zero by 2040.

ENI considers the IPO an important step in the development of Plenitude. The IPO will enable the Company to diversify its ownership structure, create a long-term shareholder base, access competitive funding, consolidate its positioning and develop more quickly while creating sustainable value for all stakeholders.”

In July 2022, Sonatrach and ENI announced that an additional 4 bcm/y(billion cubic metres per year) will be exported to Italy via the TransMed Pipeline which is a 2,475 km-long natural gas pipeline built to transport natural gas from Algeria to Italy via Tunisia and Sicily. Built in 1983, it is the longest international gas pipeline system and has the capacity to deliver 30.2bcm/y of natural gas.

ENI recently announced that it has agreed to acquire BP’s business in Algeria, including the two gas-producing concessions “In Amenas” and “In Salah” (45.89% and 33.15% working interest respectively).

The Libyan gas produced by the Wafa and Bahr Essalam fields operated by Mellitah Oil & Gas, an operating company jointly owned by ENI and NOC(Libyan National Oil Company). The gas is brought to Italy through the Greenstream pipeline. The 520 kilometre natural gas pipeline crosses the Mediterranean Sea, connecting the Libyan coast with Gela in Sicily. The natural gas pipeline has a capacity of  8 bcm/y. ENI has a production of 168,000BOEPD.

ENI is operator of the large Zohr field which In August 2019, had a  production of more than 2.7Billion cubic feet of gas per day (Bcf/d). An important agreement was the restart the of Damietta liquefaction plant which will provide up to 3Bcm in 2022 for European customers. ENI produces 360,000BOEPD.

ENI has been present in Kazakhstan since 1992  and is a co-operator of the Karachaganak producing field in which it has a share of 29.25% share; and is a partner of the North Caspian Sea PSA (NCSPSA) consortium which operates  the Kashagan Project.  The success of both projects is dependent on the goodwill of both Russia and Kazakhstan. ENI production in Kazakhstan is 145,000 boepd.

The Karachaganak Project produces approximately 45% of Kazakhstan’s natural gas. Peak production reached 155Billion cubic feet per year and oil production of 100,000BOPD. An important part component of this project is the Karachaganak Orenburg Transportation System (KOTS) connecting the Karachaganak field to the Orenburg Gas Plant (OGP) in the Russian Federation. Two pipelines of 28 inches in diameter transport sour gas to OGP for further treatment. In addition, there are three 14-inch lines of which one is a liquid export line and two are dual service and transport either unstabilised liquid or sour gas.

The Kashagan Field discovered in 2000 has approximately 13Billion barrels of recoverable reserves. The project has from the start been hampered by harsh weather conditions including sea ice in the winter, temperatures varying from -35C to -40C, extremely shallow water and high levels of hydrogen sulphide, together with project delays, mismanagement and disputes. In 2012 it was designated as the main source of supply for the Kazakhstan-China oil pipeline. CNN Money had estimated that field development had cost $116Billion, making it the most expensive energy project in the world. No wonder cynics named the project ’Cash-is-Gone’.

An equally troubling problem is the Caspian Pipeline Consortium (CPC), which transports Caspian oil from Kazakhstan to Novorossiysk-2 Marine Terminal, an export terminal at the Russian Black Sea port of Novorossiysk. The CPC pipeline handles almost all of Kazakhstan’s oil exports. In 2021 the pipeline exported up to 1.3MMBPD. On July 6, 2022 a Russian court ordered a 30-day suspension of the pipeline because of an oil spill. The CPC appealed the ruling and the suspension was lifted on 11 July of the following week, and the CPC was instead fined 200,000 rubles ($3,300).

The incident demonstrates the vulnerability of future production. No doubt this is not the last such incident which involves Russian and Kazakhstan goodwill to ensure that Kazakhstan’s oil and production does not falter. Being dependent on Russian-Kazakhstan goodwill is the most brazen example of a lack of diversity of oil  supply.

ENI’s energy scenario assumes that Brent oil will have a cushion of $75 per barrel and by 2050:

The company will reach a net zero carbon intensity.

ENI will have an installed renewable capacity of 60 GW.

The company will have 160,000 electrical charging points.

Natural gas will be 90% of ENI’s total oil and gas portfolio.

ENI operates in a very fluid market place and has shown the ability to be diverse and able to provide contrarian strategies. A characteristic needed in a fast-changing energy world. The Joker has not yet dealt his final card.

Gerard Kreeft, BA (Calvin University, Grand Rapids, USA) and MA (Carleton University, Ottawa, Canada), Energy Transition Adviser, was founder and owner of EnergyWise.  He has managed and implemented energy conferences, seminars and university master classes in Alaska, Angola, Brazil, Canada, India, Libya, Kazakhstan, Russia and throughout Europe.  Gerard has Dutch and Canadian citizenship and resides in the Netherlands.  He writes on a regular basis for Africa Oil + Gas Report, and contributes to IEEFA(Institute for Energy Economics and Financial Analysis). His book The 10 commandments of the Energy Transition is now on sale at  Bookstorehttps://books.friesenpress.com/store/title/119734000211674846/Gerard-Kreeft-The-10-Commandments-of-the-Energy-Transition

« Can Wael Sewan Transform Shell into an Energy Company?
Tullow’s Marriage with Capricorn – Abandoned at the Altar »