‘My Pipeline is Safer than Yours’: Why NLNG Has No Worries About Vandalism-OPINION 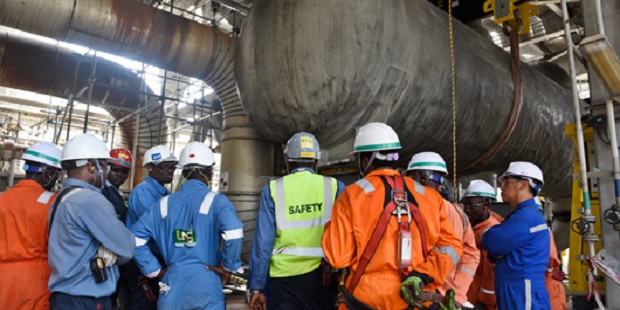 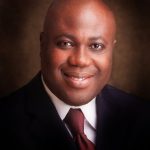 My career with the company offers a testimony.

I joined (NLNG) Limited in 1998 as Senior Public Relations and Community Relations Officer. At the time, the company was constructing its first production units — trains one and two. It currently has six trains and constructing the seventh.

It was my job to negotiate (on the ground) the right of way from Obrikom to Bonny, to enable TSKJ lay the pipelines.

The government had acquired the right of way on the map, had signed all the papers and had done all the handshakes in Lagos and Abuja.

But there had to be people on the ground to negotiate with the communities. I was one of them.

It was a 217 kilometre pipeline traversing all the kingdoms in Rivers State — Bonny, Kalabari, Ogba, Ikwerre, Abua, Ekpeye. The line did not pass through Ogoniland because of the agitations of the Movement for the Survival of the Ogoni People (MOSOP).

“We made it surveillance and grass cutting contracts awarded to land owners. We did this on two simple logics: they are the owners of the land and know best how to protect it, otherwise it would not have remained in their ancestry since God knows when and as owners they, more than any other parties”

My colleagues and I were responsible for payment of compensation to landowners. These were monies to compensate for cash crops felled along the way. It was a difficult job in every sense of the word.

In that role, I regularly appeared before magistrates in Ahoada and other courts in Rivers State to defend the company from aggrieved villagers. My heart was with villagers because most of they got only ₦5,000, ₦10, 000, ₦20, 000 or ₦30, 000 at most for their cash crops, the result of an enumeration from the consultants. Some desperados manufactured shrines over night to claim payments for their gods.

The Nigerian Land Use Decree of 1978 was a brutal law. It took their ancestral land free of charge. And only paid for cash or economic trees. Observing/supervising and on some cases, enforcing (with Mopol & military) this law left a wound on my conscience and those of some of my colleagues. I watched helplessly as the villagers were being economically raped but helpless in the face of an all-mighty federal government.

Finima Community on Bonny Island is without doubt the most abused community in Nigeria. It is the host of NLNG which acquired, via (the state hydrocarbon company) NNPC 525.63 hectares of land, bulldozed and relocated the community from their ancestral land to new Finima town. Finima is host to a tank farm belonging to Shell Petroleum Development Company, a facility adjudged the biggest in Africa at some point during my service. Bonny camp in Lagos was the take off point for Nigerian soldiers who defended that facility and prevented it from falling into the hands of Biafra (in the course of the Nigeran Civil War, 1967-1970). Finima also hosts some ExxonMobil facilities. All these economic jewels sitting on thousands of hectares in Finima; landed property acquired on the cheap.

It is most disheartening that a community where Nigeria exports and realizes over 70 percent of its revenue is still a ghetto. A squalor! I am happy that I threw a punch in defence of the communities when I eventually became the community relations manager.

“Since land makes up part of Nigeria’s 49% shares in NLNG, I often wondered if Finima could not be said to be entitled to some of these shares. But then I don’t have a right of audience, as lawyers would say.”

In 1987, NNPC approached the Chief of Brown House of Finima on Bonny Island, Chief Israel Idamiebi Brown and opened a discussion concerning the acquisition of land for the construction of NLNG. An agreement was reached and documented in a letter of 3rd March 1978 by Mr. A. M. Akpe a manager in NNPC. It included:

However, on 29th of March 1978, (26 days after the agreement) the Federal Government promulgated the Land Used Decree. A law is superior to contractual agreements. Without explaining to the community their intentions to abandon the agreement, the government and NNPC acquired community land. Cmdr. Suleiman Sa’idu, then military administrator of Rivers State in a gazette on November 22, 1979, revoked all rights of occupancy existing in respect of Finima land. And NNPC applied and obtained a certificate of occupancy from Rivers State for the parcel of land measuring 596.5 hectares of land in Finima of which it set aside 525.63 hectares exclusively for NLNG. That title was later perfected by Gov. Rufus Ada George on April 1993.

Since land makes up part of Nigeria’s 49% shares in NLNG, I often wondered if Finima could not be said to be entitled to some of these shares. But then I don’t have a right of audience, as lawyers would say.

To build NLNG, 350 families in Finima were displaced and relocated to new Finima town. Of this number 70 families were not provided with any houses. And most others, inadequately housed. One of the things I am most proud of was building 70 houses for these families in 2016, about 46 years after, when I became community relations manager of NLNG. I also paid compensation to those inadequately housed at an agreed rate of N2Million per room. For these I was declared a persona non grata by the Amanyanabo and Bonny Chiefs Council for making direct payments to the victims. They wanted control of the monies. Hear! Hear!!

Returning to the matter on hand, before NLNG began operations in 1999, my colleagues and I, tapping from our experiences from pipeline construction, restructured NLNG pipeline surveillance and protection contracts. It is normal and still the routine in the oil industry (The Tomopolo pipeline protection contract rocking the NNPC is an example) to award such contracts to big shots in Abuja and other places who use the police to carry out these duties.

In case of NLNG, we made it surveillance and grass cutting contracts awarded to land owners. We did this on two simple logics: they are the owners of the land and know best how to protect it, otherwise it would not have remained in their ancestry since God knows when and as owners they, more than any other parties, were entitled to revenue from it.

The contract guaranteed them of income over the lifespan of the project and pipeline. This simple move proved very radical. Security big hats in police, SSS, and military advised against it. It cut them out. Politicians and community leaders kicked against it. They said they were in charge of security in their villages and should naturally be the contract holders. We stood our ground, despite the intimidation, harassment and sometimes physical assaults.

In the event, there was not a single case of vandalism on NLNG pipeline for over 16 years, except for inside the swamps, bogs and marshes — no man land. And those were reported promptly by land owners who survey the pipelines in canoes daily. No land owner would permit any militant to vandalize a pipeline under his care, because the contract prescribes no payment for any landlord that any portion of pipeline under his care is vandalized. NLNG till date has little or no worries regarding its pipelines whilst NNPC, Shell, Agip, etc sometimes record up to 5,000 breakages. Showing empathy for the voiceless goes a long way! That, I dare say, is the answer to oil theft. Which I consider the work of karma.

Apologies the diversions and detours in this piece. Apologies also for too much background. I wanted to put the matter in perspective. Enough said.

« THE FLOODING MENACE: WHEN WE IGNORE THE ROOT CAUSES
Yes, Seplat Doesn’t Own the Amukpe-Escravos Pipeline, So Who Does? »