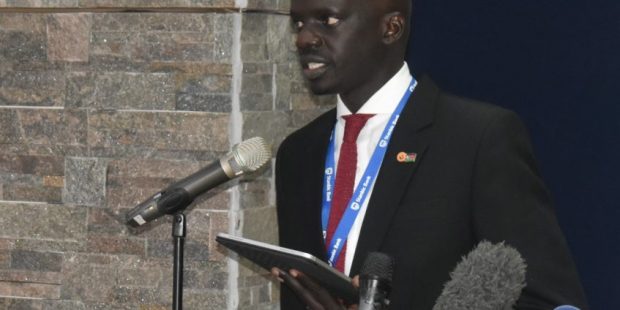 African energy ministers have dismissed the misgivings that the OPEC-mandated cut in oil production was a politically motivated move that they were forced to comply with, arguing that the decision was based on technical data and fully supported by all members.

Gabriel Mbaga Obiang Lima, Equatorial Guinea’s Minister of Mines and Hydrocarbons, and Puot Kang Chol, South Sudan’s Minister of Petroleum, both said that the two million barrels per day reduction decided during the Ministerial Meeting in early October 2022 was supported by every member of OPEC+., that is the Organization of Petroleum Exporting Countries (OPEC) and its allies.

“If OPEC decides to have a meeting and decide something, its decision is not up for debate by others. We were not forced to agree to production cuts. Each country entered OPEC willingly. We were not forced by anyone: we did it purposefully,” Mr. Chol declared at a panel discussion in the course of the Africa Energy Week (AEW) conference and exhibition in Cape Town, South Africa. “It was not a political decision but a technical agreement, and therefore, should only be addressed technically and not politically.”

Citing concerns over an impending global recession and ongoing market instability, OPEC+’s decision to cut oil production aims to stabilize the market and ensure more consistency between the physical and paper markets. Yet, following OPEC’s decision, accusations that the move to cut production was based on political drivers began to surface, with the international community – the U.S. in particular – accusing the organization of bowing to Russia’s agenda.

“The decision at OPEC was not political”, Lima of Equatorial Guinea weighed in. “What the consumers and producers want is the stability of pricing and demand. If you look at the price for consumers, the price has not gone down: it has been maintained.”

Over the last two years, the global oil market has seen the highest fluctuation in decades, with COVID-19 and ongoing geopolitical tensions causing prices to skyrocket, supply to be short, and countries worldwide seeking more stability. Oil prices were at their highest in years at the beginning of 2022, measuring upwards of $130 per barrel – compared with 2020 lows of just short of $40 per barrel. For consumers, this has caused significant stress, with prices changing significantly and fuel being in short supply.

Haitham Al Ghais, Secretary General of OPEC, delivering a keynote presentation at the same conference, noted that the group has prioritized market stability, with the production cuts expected to help meet this objective. “The producers of the declaration of cooperation remain a vital stabilizing force despite being in a period of great uncertainty. The last meeting was held a few days ago and the heads of delegations unanimously decided to take a proactive stance to create stability in global markets. With the very real potential of a global recession, there was a consensus among the ministers. I would like to thank the African heads of delegations for their ongoing support to provide lasting stability in global oil markets,” adding that, “Our efforts at the declaration of cooperation aim to provide stable oil markets.”