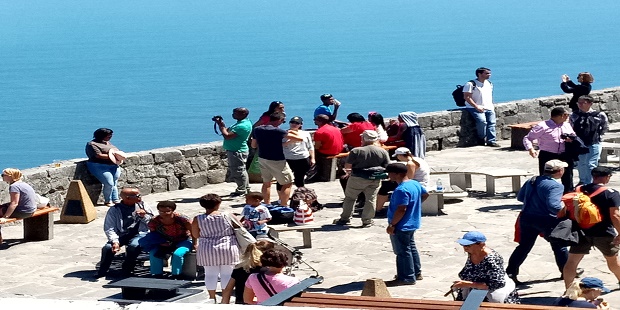 This is our fifth Southern Africa Special since we started dedicating an edition to the annual gathering in Cape Town.

There are two such conferences now and this year, the Southern African hydrocarbon story is more compelling.

It all happened quickly, one after the other, at a time of great anxiety in the world.

Just before the year of COVID, TOTALEnergies opened a new petroleum province offshore South Africa. The discovery of the Bullfrog (Brulpadda), in the legendary “Cape of Storms”, in deepwater Outeniqua basin, was followed up late the following year, in 2020, with the discovery of the Leopard (Liuperd). The unveiling of these significant gas and condensate tanks indicate that Africa’s most industrialised economy has no more excuse for indifference in growing a gas-based industry.

But as you’d find out in those pages, the more things change, the more they stay the same. 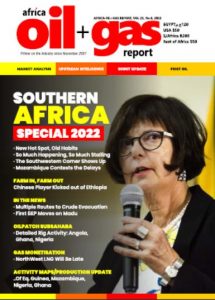 To Namibia: In 2021, a rank unknown Canadian minnow delivered screaming headlines from around the drill bit in a rank unknown onshore frontier. ReconAfrica drilled two stratigraphic test wells onshore the country’s north, and confirmed that the Kavango or the Owambo (Etosha) Basin, a very large, previously unregarded sedimentary basin, exists beneath the sands of the Kalahari Desert.  The 6-1 and 6-2 wells intersected over 300 metres of oil and gas shows and 200 metres of oil and gas shows respectively.  The two were drilled to provide stratigraphic, sedimentological, reservoir and geochemical information.  Neither of them was tested, but Reconfrica had made a point: “There’s something here!”. As we went to press with this edition, the company was drilling three seismically defined exploration wells whose primary zone is a Permian-age Karoo rift fill sequence of sediments.  Based on the two stratigraphic wells and recently acquired high-resolution seismic, the Kavango basin is now viewed as highly prospective for conventional light oil and gas.

The bigger story from Namibia however is that two wildcats, spud back-to-back in late 2021 by two of the world’s biggest oil companies, made significant oil and gas discoveries. Shell’s Graff 1 and TOTAL’s Venus-1, drilled in deeper water Orange Basin, have been described by Rystad as some of the largest finds on the planet in the last one year. The once “disappointing” Namibian hydrocarbon scene, has certainly turned the corner.

Elsewhere in the south, Zimbabwe is currently hosting a two well campaign; a rare drilling activity, while Angola looks to two projects to top up its output by 300,000BOPD by 2026.

There is always a spoilsport: TOTAL has not returned to the site of the largest hydrocarbon project in Africa; the 13Million Metric Tonne Per Year Mozambique LNG project. The company blames the Islamist insurgency, which it says is still raging. The government pleads in response: “We are winning the war”.

The Africa Oil+Gas Report is the primer of the hydrocarbon industry on the continent. It is the go-to medium for decision makers, whether they be international corporations or local entrepreneurs, technical enterprises or financing institutions, for useful analyses of Africa’s oil and gas industry. Published since November 2001, AOGR is a monthly publication delivered to subscribers around the world. Its website remains www.africaoilgasreport.com and the contact email address is info@africaoilgasreport.com. Contact telephone numbers at the headquarters in Lagos are +2347062420127, +2348036525979 and +2348023902519.