THE FLOODING MENACE: WHEN WE IGNORE THE ROOT CAUSES 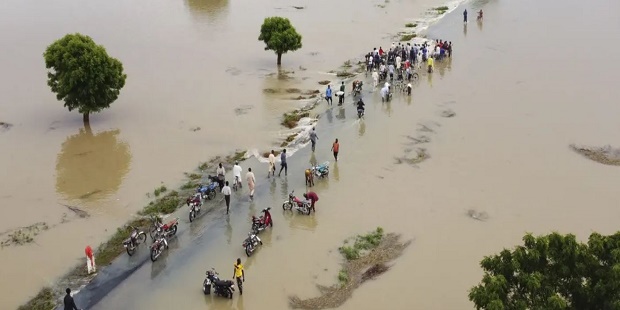 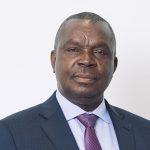 The flooding menace in Nigeria has now become an annual ritual. In September/October each year, whole towns, villages and communities are completely submerged in water. Deaths occur, valuables are lost, and farmlands are devastated while hundreds of thousands of persons are displaced.

Then the usual drama … Government officials, politicians and sundry attention seekers queue up to display our deep sense of “compassion and philanthropy” by trooping to the various IDP Camps to donate toilet rolls, foodstuff, mattresses etc etc. By mid-November, the flood waters would have receded, the victims count their losses and everyone returns to business as usual. We do nothing and remember nothing until the next twelve months when we repeat the annual ritual.

But why does this disaster befall us every year? Some people have suggested climate change. I checked and the rainfall index in Nigeria, which stands at about 1295 has remained unchanged since 2001. So our rainfall intensity and pattern have been largely predictable over the last twenty years. So, what is the nature of this problem that has defied solution?

All the communities that have been most badly affected by this menace have one thing in common. They are all situated along the banks of the Rivers Benue and Niger and tributaries of the Niger River.

The ease and ferocity with which these rivers overflow their banks and flood adjacent habitats call to question the real root causes of the perennial menace. While driving on the bridges across River Benue in Makurdi, or River Niger in Onitsha or Patani during the dry season, a quick look would show that the rivers are so silted up that you can practically walk across the river at some portions. What this means is that these rivers and their tributaries, which are supposed to be critical drainage channels now have near-zero carrying capacity. Any incidents of heavy, sustained rainfall, or release of water from any of the upstream dams would have all the water simply overflowing the banks, resulting in massive flooding of adjacent communities. Again, because of the near-zero carrying capacity of these rivers, the flood waters would take days/weeks to gradually recede.

The Nile River, 6650km long and passing through nine African Countries, has remained navigable all year round since biblical times. It is 26 to 36 feet deep with busy traffic of Cargo and Cruise ships. Infact, cruises are a major tourist attraction on the Nile and in Egypt. A four-day cruise along the Nile can cost as much as $500 per person. Large tonnages of Cargo … agricultural produce, timber and manufactured goods are moved through the Nile River every year. So, while others have turned their rivers into a major nexus of economic activity, from drainage to tourism to transportation, we have turned ours into a killing field for our hapless citizens and a source of economic devastation to our country.

Dredging, the River Benue to Lokoja and the River Niger from Baro in Niger State to the Atlantic Ocean, to a minimum draught of 10 feet will transform both rivers to the same economic value as the Nile is to Egypt. From Baro to Onitsha by speed boat would be 90 minutes instead of nine hours. Imagine ferrying tons of yam and other farm produce from Makurdi to Onistha on a self propelled badge in three hours! Most importantly, these rivers and their tributaries would constitute the critical drainage channels to ensure that adjoining towns and villages remain safe while reaping the benefits of the fertile banks of these rivers.

So, why are we unable to do the simple things that other Countries of even smaller size do, as a matter routine? Are we just wicked at heart, too corrupt to care or just incompetent?

In 2008, the Yar Adua administration awarded an N34.8 billion contract to dredge the River Niger from Baro to the Atlantic. The following year, another contract for the rebuilding of the Baro inland Port was awarded to complement other inland ports in Lokoja and Onitsha. The dredging did not happen. In 2011, the Jonathan administration revisited the project, revising the contract sum upwards to N49 Billion. The mantra then was that the River Niger would be navigable all year round from Baro to the Atlantic. But the Federal Ministry of Works and the Inland Waterways Authority would rather fight over the control of sand dredging rights in the Lagos Lagoon than serve this Nation diligently to address key existential problems.

The state governments have not fared any better. Travel to Yenagoa in Bayelsa State or Ashaka/Aboh in Delta State and you realise that dredging and maintaining the River Niger tributaries that criss-cross the low-lying parts of these states to some minimum depth is more important than building roads. These tributaries ought to be the main arteries of well-engineered drainage master plans for these towns and villages. Until this is done, the roads we build in these towns can only wait to be washed away every rainy season.

We must start today to plan the execution of this major inland waterway infrastructure project, both at Federal and State levels. It will take time and discipline to execute, starting from the Atlantic and working our way towards Baro and Makurdi. Maybe I am asking for too much, knowing that we have been working on the East-West Road for forty years and are not done yet! But this is much more than infrastructure for transportation. Lives, whole communities, and food security will all depend on it. Failure to act is an existential threat.

« GEIL Looks Towards Installing Own, Expanded Evacuation Terminal
‘My Pipeline is Safer than Yours’: Why NLNG Has No Worries About Vandalism-OPINION »