Yes, Seplat Doesn’t Own the Amukpe-Escravos Pipeline, So Who Does? 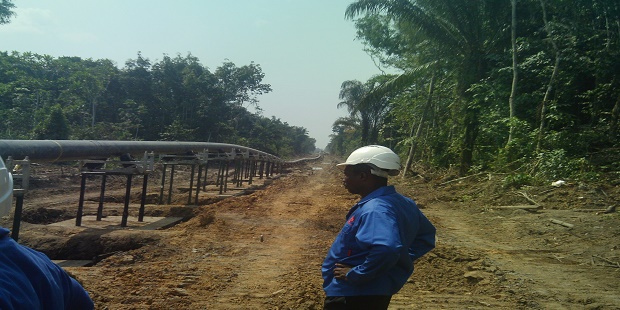 The Amukpe-Escravos crude oil evacuation pipeline (AEP) has started to work after 14 years of construction.

And the question of its ownership stubbornly lingers.

Seplat Energy’s spokespersons reinforce those misgivings with press statements like: “The commercial launch of the Amukpe-Escravos Pipeline is a significant event for Seplat Energy and for Nigeria”.

But “at no time did Seplat Energy, nor Seplat Energy/NPDC JV, say that they owned the Amukpe Escravos Pipeline”, Seplat officials argue.

So, what’s the story?

The pipeline was part of the assets in the Oil Mining Lease (OML) 98 Joint Venture between Pan Ocean, and NNPC, the state hydrocarbon company

Pan Ocean had 40% and NNPC had 60%, which means the construction was being carried out with funding by the two parties.

Government revoked Pan Ocean’s licence in OML 98, which was effectively the 40% equity. It then handed that 40% equity to NPDC, the operating subsidiary of the NNPC.

But Pan Ocean went to President Buhari and pleaded that it had invested so much on the pipeline as well as the gas facility in the acreage. The president granted its prayers, so the company kept its 40% in the pipeline and the gas facility. As the company is so much heavily indebted to banks on these two projects, they were transferred to AMCON, the government owned debt buyer, to sell to would be buyers.

Now, before the revocation of Pan Ocean’s 40% interest in OML 98, the Seplat/NPDC joint venture had approached Pan Ocean to allow the latter to support the funding of the Amukpe-Escravos pipeline, so that, on completion, the Seplat/NPDC crude could be pumped through the line and the tariff that would be earned by the Pan Ocean/NNPC JV would be part of the repayment of the funding support. The Seplat/NPDC JV has spent over $90Million in support of completing the line.

« ‘My Pipeline is Safer than Yours’: Why NLNG Has No Worries About Vandalism-OPINION
In Egypt, BP Digs in, Grabbing More Asset in the Mediterranean »