PGS Wins a 3D Seismic Contract from Chevron in Namibia 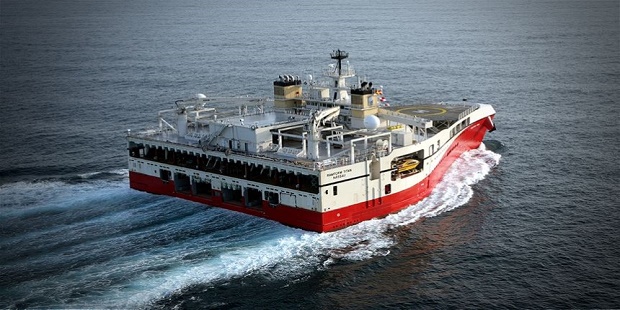 The Norwegian geophysical company, PGS has been awarded a three dimensional (3D) seismic exploration acquisition contract in Namibia “by a major energy company”, the company says in a release.

Africa Oil+Gas Report can attest that the unnamed “major energy company”, in PGS’ press release, is Chevron, the US major.

The seismic acquisition will cover a good fraction of the Chevron operated 5,433 square kilometre Block 2813B in orange basin offshore Namibia. The acreage lies 60 km directly north of the TOTALEnergies-operated Block 2913B, which hosts the Venus-1 light oil discovery, where 84 metres of net oil pay was encountered in good quality Lower Cretaceous reservoir.

The Ramform Titan will mobilize for this survey and acquisition is expected to complete mid-February 2023.

The Namibian contract comes weeks after PGS announced it had secured solid industry pre-funding for a MultiClient survey* in Cote D’Ivoire. The Ramform Atlas has mobilized for that survey and acquisition is expected to complete early January 2023. The coverage is about 2,000 square kilometres of three dimensional (3D) seismic data.

“This is the first MultiClient project in West Africa since early 2021 as we experience increasing demand for high-fidelity MultiClient data from our clients,” says President & CEO in PGS, Rune Olav Pedersen.