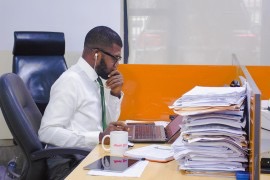 Oilserv Limited, the Nigerian provider of EPCIC services, has appointed Humphrey Onyeukwu as the Group Head, of its Legal department.

Onyeukwu was, until the end of September 2022, the Head, Legal & Commercial at Transcorp Plc. with oversight responsibility for driving the growth of the energy business and other targeted asset acquisitions.

He helped shape Transcorp’s engagements in the acquisition of the Afam Power Plants (with 966MW of installed capacity) and shell Nigeria’s divested interests in Oil Mining Lease (OML)17, and also was instrumental to Transcorp’s recent foray into renewable power generation.

A law graduate of the University of Nigeria, Nsukka and alumnus of the University of Dundee, Scotland, where he obtained an LL.M degree in Petroleum Taxation and Finance, Onyeukwu is the founder of The Lagos Oil Club, an association of senior Oil and Gas Professionals in Nigeria with interest in networking and advancing advocacy of petroleum and other energy resources related issues.

Oilserv has been a key player in Nigeria’s gas revolution, through such projects as the OB3 and AKK gas pipelines. The 612km AKK gas pipeline, which traverses across Kogi, Niger, Kaduna, and Kano States, is estimated at a $2.6bn construction cost and on completion, the country is expected to have over 8 billion standard cubic feet of gas injected into the domestic pipeline.