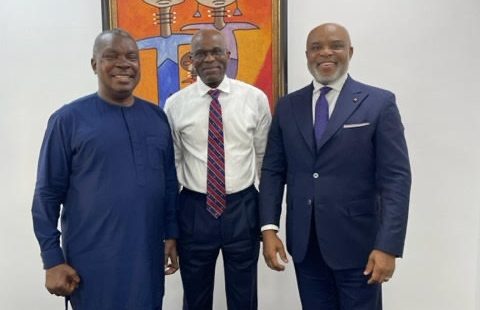 Austin Avuru, founding CEO of Seplat Energy and Ambrosie Bryant Chukwueloka (ABC) Orjiako, pioneer chairman of the Nigerian independent, may be moving from the court room to the negotiating table if emerging feelers from a peace meeting brokered by Layi Fatona, Vice Chairman of ND-Western E&PLimited, is anything to go by.

Fatona who is a friend and senior industry colleague of the two has stepped in to arbitrate and there seems to be a shifting of grounds and settling of the rift between the dueling partners.

Cerebral, connected and successful, the two men; geologist/petroleum engineer and Orthopedic surgeon, founded Seplat in 2010, took it public in 2014 in a dual listing on the NSE and LSE and nurtured it into Nigeria’s most successful independent oil and gas company.

Seplat Energy is currently regarded as the seventh most valuable stock on the NGX with a market capitalization of around £700Million. That figure represents about 2.86% of the Nigerian Stock Exchange equity market.

The two fell apart in August 2022 following a court injunction by an Abuja High Court presided over by Justice SB Belgore who put a stop to Austin Avuru’s planned retirement dinner. The dinner was supposed to feature the unveiling of three of his books.

Claimants representing his partner, ABC Orijako, had insisted that portions of the books maligned Orjiako and the company. The Abuja court issued the injunction following a motion exparte filed by Tochukwu Peter Tochukwu, Esq. but moved by Nsikan Samuel Ekpeyong, Esq. with Motion No. M/9442/2022 dated 26th day of July 2002. Avuru, who retired as CEO of Seplat in August 2022, has been waging a legal battle to vacate the injunctions.

This new development signals a shift in their positions and could lead to a possible out of court settlement if Layi Fatona is able to keep them long enough at the negotiating table.