In Egypt, BP Digs in, Grabbing More Asset in the Mediterranean 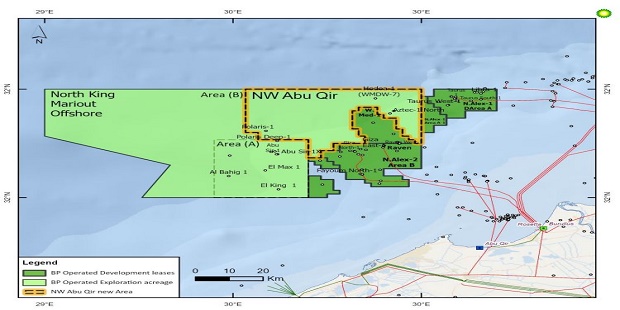 The British major bp is not about to exit Africa, as the speculations suggest. It is leaving Libya, winding down in Angola, but increasing positions in Egypt.
The company has announced it has just been awarded two exploration blocks in the Mediterranean Sea, offshore Egypt by the Egyptian Natural Gas Holding Company.

“The Northwest Abu Qir Offshore Area – in which bp, the operator, holds 82.75% and Wintershall-Dea holds 17.25% – is located west of the recently awarded North King Mariout block (bp 100%) and north of the Raven field”, bp says in the announcement. “It covers an area of approximately 1038 square kilometres with water depths ranging between 600 metres and 1600 metres.

“The Bellatrix-Seti East block – in which bp and Eni, the operator, each hold a 50% share – is located west of the Atoll field and North Tabya blocks. It covers an area of approximately 3440 square kilometres with water depths ranging between 100 metres and 1200 metres”.

« Yes, Seplat Doesn’t Own the Amukpe-Escravos Pipeline, So Who Does?
World Bank Director Speaks on High Oil Price Implications for Nigeria »