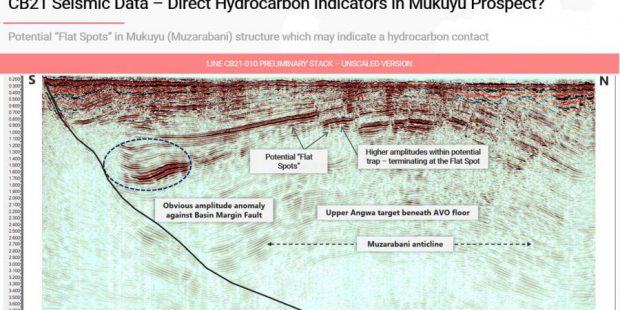 By John Mokwena, in Johannesburg

Australian minnow Invictus Energy has reported “fluorescence and elevated gas shows of up to 65 times above background levels” in the Upper Angwa sequence, a primary target in the Mukuyu-1 well in Zimbabwe’s Cabora Bassa Basin.

The company also reports “elevated gas shows and resistivity in shallower Pebbly Arkose formation” and has so declared that there’s a “working conventional hydrocarbon system” in the frontier Cabora Bassa Basin.

The company hasn’t declared a commercial discovery, as these mudlog interpretations are not ever any geoscientist’s basis for calling a discovery.

Invictus is going ahead to drill to a planned total depth of 3,500 metres Measured Depth.

The Mukuyu-1 well is being drilled in Invictus Energy’s 80% owned SG 4571 license.

Scott Macmillan, the company’s Managing Director, says that while “the presence of elevated mud gas readings, fluorescence in the cuttings, elevated LWD resistivity and increasing background gas with depth is a positive sign as we progress through the Upper Angwa Alternations Member”, the company still has several hundred metres of drilling “through our primary targets with additional potential, which will be followed by a comprehensive wireline logging programme to evaluate results, with the aim of confirming the presence of moveable hydrocarbons in multiple zones.”

So far, the 8½” hole section of the well has been drilled to a depth of 3,086 metres Measured Depth. Elevated mud gas peaks (up to 65 times above the background gas baseline) have been observed while drilling through a depth of 3,070 mMD with marked increases from C1 to C5 compounds (methane, ethane, propane, butanes, and pentanes).