Smarting from a Stalemate in Nigeria, ExxonMobil Exits Chad and Looks to Wind Up in Eq. Guinea 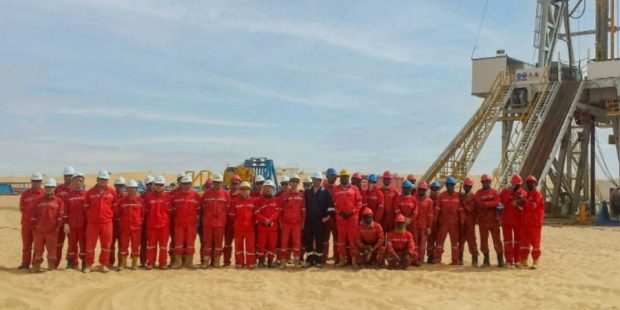 By Macson Obojemuinmoin, in Kribi

It is official. ExxonMobil is done with Chad; one of the four sub-Saharan African countries in which it has operated upstream hydrocarbon assets for the last 30 years.

The company has finalized the sale of its entire upstream and midstream asset portfolio in Chad and Cameroon, including operatorship of the upstream assets (through the sale of Esso Exploration and Production Chad Inc., its subsidiary, and the former operator) for $407Million. Savannah Energy, the buyer, now owns a 40% interest in the Doba Oil Project (comprisinginterests in seven producing fields) with a combined gross 2P Reserve base of 142.3Million barrels (MMbbls) as at October 1, 2022 and expected 2022 gross production of 28, 000Barrels of Oil Per Day and an effective c. 40% indirect interest in the Chad-Cameroon export transportation system comprising a 1,081 km pipeline and the Kome Kribi 1 floating storage and offloading facility, offshore Cameroon.

ExxonMobil didn’t own any upstream asset in Chad. Themajor’s involvement with the country was in the form of the Chad-Cameroon pipeline and the production terminal off the coast of Kribi.

WITH CHAD GONE, ExxonMobil still has shallow water assets for sale in Nigeria and Equatorial Guinea. The former is held up in regulatory challenges. The latter is struggling for the right buyers.

The Nigerian sale in which ExxonMobil is disposing off Mobil Producing Nigeria Unlimited (MPNU), a wholly owned subsidiary, was blocked by the state hydrocarbon company NNPC, with which ExxonMobil has been in arbitration.

ExxonMobil’s Angolan and Mozambican assets are in deepwater. The company has shown no indication, in public, of willingness to divest these. In November 2022, ExxonMobil reported a discovery in Block 15, its sole asset in Angola. The Bavuca South-1 well is part of the Angola Block 15 redevelopment project, aimed at producing approximately 40,000 barrels of oil per day to help offset natural production declines. It is also staying on in deepwater Nigeria, where it has only recently renewed its licences.

The supermajor’s entry into Mozambique is far more recent and whereas there has been significant front end-loading work on a 15Million Tonne Per Annum Liquefied Natural Gas (LNG) project it is leading, the ferocious armed insurgency happening close to the site of the project in Cabo Delgado Province in the north of Mozambique, is holding up Final Investment Decision.

« Will The Forthcoming Nigerian Bid Round Fully Open Up the Benin Basin?
Tullow Chases the Same Fortune as ENI; Takes More Position in Cote D’Ivoire »