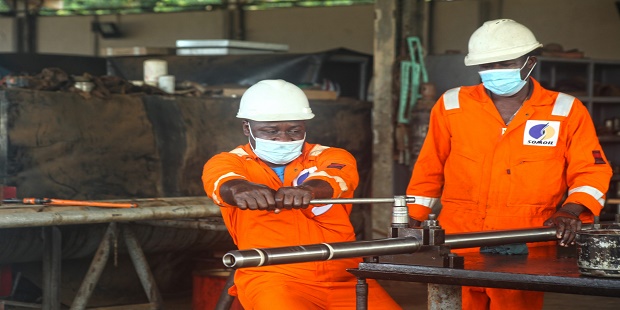 Angola’s largest homegrown E&P firm, Somoil, has agreed to increase its equity position in one acreage, even as it waits for government approval to acquire stakes in three others.

Somoil will purchase the 2.5% interest belonging to Indonesian state hydrocarbon company PTTEP in TOTALEnergies operated Block 17/06 project offshore Angola. Completion of the sale is expected by mid-2023, subject to the conditions prescribed in the sale and purchase agreement (SPA).

Somoil’s net daily output in these properties collectively ranges from 10,000BOPD to 15,000BOPD, an outlying performance among Angolan indigenous players.

Somoil is currently, in partnership with Sirius Petroleum, in the process of acquiring, from state owned Sonangol, participating interests of 8.28% and 10% respectively in Blocks 18 and 31 (producing blocks) and a 25% participating interest in the exploration Block 27, for a total consideration of $335.5Million.

If that deal, which is far gone, is consummated by mid 2023 as anticipated, Somoil will have a position in 10 acreages in Angola, eight of which are producers.

Neither Somoil, nor PTTEP has disclosed the sum for which Somoil will purchase PTTEP’s  2.5% participating interest in Block 17/06. What’s clear is that the Block is host to the Begonia oilfield, currently under-development by French supermajor TOTALEnergies, who is the operator. Located in water depths of up to 750 metres, Begonia will be exploited as a subsea tie-back to TOTALlEnergies’ Pazflor floating production, storage and offloading vessel on adjacent Block 17. The Begonia project, which is expected to cost $850Million, will deliver about 30,000 barrels per day of crude.

« Sirius, with Funds in Hand, Takes Over Management of Abura Field Redevelopment
Egypt Will Offer 12 Blocks for Gas Exploration »