Will The Forthcoming Nigerian Bid Round Fully Open Up the Benin Basin? 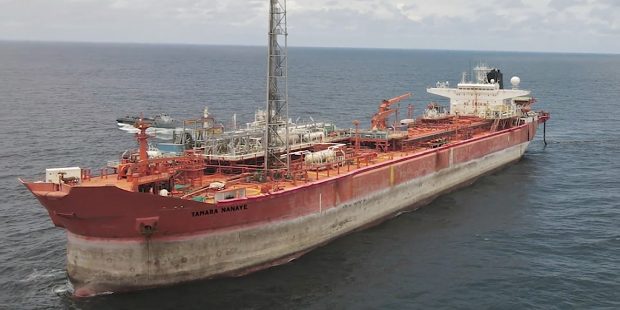 By Marcus Michelangelo, in Accra

The proposed bid round of a few, select deepwater acreages in the Benin Basin scheduled for late 2022, has thrown up the question again: Will Nigeria join the rank of countries who have made large discoveries and have developed, or are developing, assets in the West African Transform Margin (WATM)?

“The Benin Basin has yielded success in the Proximal shelf/Shelf Margin play domain”, says Joe Ejedawe, an award winning earth science scholar retired from AngloDutch major, Shell, “but little exploration has taken place in the deep-water turbidities domain, which may be more prospective”.

His comments are a veiled reference to the Ogo discovery in Oil Prospecting Lease (OPL) 310 and the producing Aje field in Oil Mining Lease (OML) 113.

Both fields sit adjacent to each other on the shelf margin.

The Nigerian Upstream Petroleum Regulatory Commission (NUPRC), classifies 40 leases in the country’s concession map, as part of the offshore Benin Basin. Three of these are in the shallow water, or what, in more precise terms, is called the shelf margin. These three include Optimum Petroleum operated OPL 310, Sunlink’s OPL 311 and the Folawiyo operated producing block: OML 113.

The remaining 37 such leases are in deepwater. Nine of these are under licence, with the remaining 28 leases open.

It’s important to note that while NUPRC classifies these assets as in the Benin Basin, a cretaceous basin (which is why the number ‘3’ is the first of the three numbers describing them), operators of some of the nine deepwater leases under licence, have explored them as part of the tertiary Niger Delta.

In the heyday of second round of active drilling in the Nigerian deepwater, Shell drilled Bobo in OPL 322, Petrobras drilled Erinmi-1 in OPL 324, Phillips drilled Onigun-1 in OPL 318.

The results were not altogether encouraging and, in spite of the high profile of these companies and the fact that crude oil prices were heading up(between 2003 and 2007), most of them gave up the assets in this corner, which they defined as outer toe thrust of the Niger Delta.

Ejedawe, who compiled the first paleo-river trends in the Niger Delta as a basis for reservoir prediction in the Niger Delta, cautions against a literal definition of basin type based on numbering that could be arbitrary. “I associate those wells more with the Niger Delta than the Benin Basin”, he emailed in response to our query. “The tectonic boundary is defined by the fracture zone, which separates the Niger Delta from the Transform margin. Added to that, is the dominance of the deltaic build out of the Niger River which dwarfs the transform margin input in the Tertiary. So you have two play complexes – Cretaceous and Tertiary”, Ejedawe said.

If the Nigerian government is keen on using its   2022 bid round to get investors to look at new plays, it could vigorously market the Benin Basin, which is the next most prospective basin in the country after the Niger Delta.

“There is work to be done to fully resolve the exploration potential of the Benin basin”, Ejedawe argues. “The industry should find some time to have a very public brainstorming session”.

« Nigeria Appoints Transaction Adviser, Names the Four Select Blocks for Bid Round
Smarting from a Stalemate in Nigeria, ExxonMobil Exits Chad and Looks to Wind Up in Eq. Guinea »