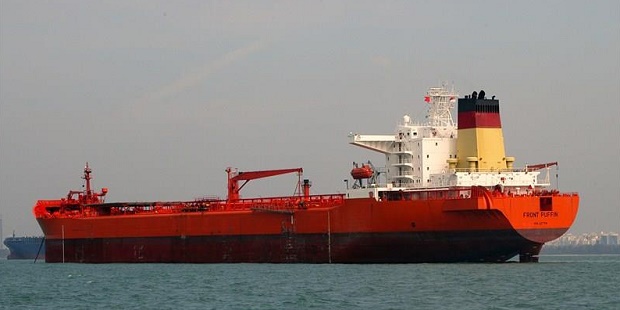 By Prospect Mojido, in Lagos

“The real work is to repair relations between NNPC, WAEP AND First E&P”

Century Energy Group has moved the Front Puffin FPSO (Floating, Production Storage and Offloading) vessel from the Aje condensate and gas field offshore Nigeria, to the SHI–MCI FZE quayside in the Port of Lagos, for upgrade.

It is the third project to be carried out in the SHI–MCI FZE yard, widely known to as Samsung -Ladol yard, since the fabrication and integration of the Egina FPSO, which sailed away to the deep offshore field in August 2018.

The de-bottlenecking upgrade is meant to get the Front Puffin ready for its next assignment on the Kaelekule oil field in in Oil Mining Lease (OML 72), held by the NNPC/West Africa E&P (WAEP) Joint Venture.

This event “draws closer the date for first oil on the field and may possibly make everyone involved more committed to early monetization of this resource”, multiple sources tell Africa Oil+Gas Report.

Owned and managed by the Century Group, the Front Puffin, has produced from the Aje field since May 2016. It is a single-sided FPSO with a hydrocarbon production facility designed to receive well fluids, separate and stabilize produced crude, store and stabilize crude in the FPSO’s cargo tanks, treat and discharge the produced water and compress the produced gas for gas lift with the balance of the gas being flared.

The upgrade is focused on changing the current submerged turret production (STP) and mooring configuration to a spread-moored design and inclusion of riser porch so as to accommodate the shallow water and draft requirement of the FPSO.

The location of the de-bottlenecking project in Nigeria provides a significant discount. It reduces the cost that would have been incurred if the job was to be performed in Singapore or Korea. Industry data evaluated by Africa Oil+Gas Report indicate a steep reduction in overall cost of the upgrade from over $250Million to less than $100Million.

Although Samsung sources say that the upgrade would be completed by late February 2023, at which time the vessel would be ready to receive hydrocarbon fluids, there is no certainty that all the upstream partners are in agreement over the proceedings of the work programme, let alone the date of first oil.

Which is odd, as Nigeria has struggled with declining crude oil revenues in the last one year as it battles a huge shortfall in its OPEC production quota. The country is in urgent need of topping up its crude oil output now.

The Kaelekule oil field redevelopment project has dragged, although the scope has increased from “early, marginal output “, of about 2-3,000Barrels of Oil Per Day, to a sizeable 15,000BOPD

The initial plan was to commence some production from the OML 72 by 2019, four years after WAEP, a subsidiary of the Dangote Industries Conglomerate, purchased 45% of the shallow water OMLs 71 and 72 from Shell, TOTAL and ENI for $300Million. WAEP has had, as a technical partner, First E&P, a Nigerian independent oil producer. Kalaekule field, the only field in the two acreages with a history of production, had been scheduled for a revamp; the field had produced crude oil between 1985 and 2002, peaking in 1999 at 22,000BOPD, but much of the facility has rotted.

In 2019 WAEP carried out safe access works, as well as repairs, on the field’s two wellhead platforms, KCPP-A & KCPP-B platforms. The company also did some work on some of the wells on both platforms, including well testing work on the platform B wells. Asset Integrity work, which will end in certification when all complete, is ongoing.

But much of the delay has been due to pushbacks from the National Petroleum Investment Management Services (NAPIMS), the arm of the state hydrocarbon company NNPC Ltd which oversees NNPC Joint Venture activity.  NNPC, through NAPIMS, holds 55% of the asset, and thus contributes that proportion to the wok programme.

NAPIMS eventually agreed to honour work done and the costs incurred in the field optimization work of 2017-2019, but NAPIMS did not honour the 2021 work and has provided no budget for the 2022 work.

“What is important is to repair relations between the partners”, one insider tells Africa Oi+Gas Report.