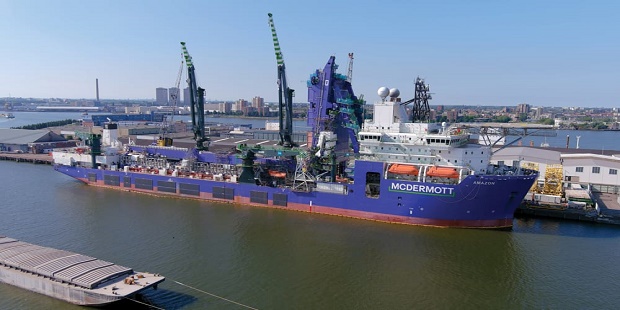 TOTALEnergies says that its “standardization of subsea equipment” will ensure much lower cost of production in its ongoing Begónia development in Block 17/06, offshore Angola.

The company took Final Investment Decision on the project in July 2022.

“In this emblematic block”, says Olivier Jouny, TOTALEnergies’ CEO in the country, the company “shows its leadership in deep waters, at low cost (less than 20 dollars per barrel)”.

The Begónia reservoir, located in water depths ranging from 700metres to 1,000metres, will be developed through five subsea wells (three for production and two for water injection), connected to the floating production, storage and offloading unit FPSO Pazflor, in production since 2011 in Block 17.

The first oil, scheduled for the first half of 2025, will increase production from FPSO Pazflor by around 30,000 barrels of oil per day.