The New Energy Players: Their Progress and Beyond for 2023! 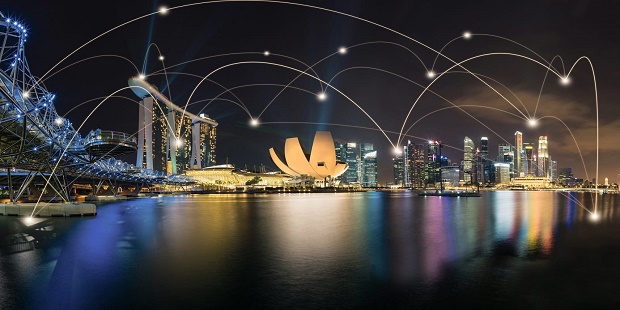 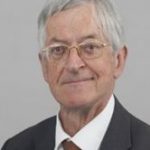 1989 was when I first set foot in Newfoundland (Canada).

I was a Member of a Netherlands Trade Mission focused on oil and gas developments. We were warmly welcomed.

Newfoundland’s fishermen had in large quantities become unemployed. A boycott had been placed on cod fishing, the mainstay of many of the Islanders. Would a Trade Mission featuring oil and gas provide them with the pot of gold they were so desperately in need of?

No, the story does not have a happy ending. Their talents were not usable in the oil and gas renaissance which would follow.

Fast forward to 2023 and now it’s the former talents of the oil and gas world—geologists, geoscientists and drillers– who are to become redundant, much like Newfoundland’s fishermen. Instead, algorithms, digitalization and electrification of energy systems have become the new symbols of the energy transition in 2023.

Below a story of the various players who are playing component parts in the ongoing energy transition. A transition being driven by earlier CO2 deadlines, which for a majority of new energy companies, have given them a commercial edge. The swiftly changing landscape provides these new energy companies with technical specialization, virtually a guarantee that their market share and value will only increase. In some cases, creating near monopoly situations.

A key question remains: have they forgotten their green heritage?  Have they forgotten that an important part of the green heritage is to help those in need? Not out of pity but a humane act of kindness. Forget not that Sub-Sahara Africa will one day will become a dominant green market. Can Sub-Sahara Africa with its 568Million people who have no access to electricity and 900Million, who have no access to clean cooking fuels and technologies be ignored (The Energy Progress Report 2022)? Finally, forget not that one day you may require the humanity of Sub-Sahara Africa.

Enel’s Strategic Plan 2023-2025 is designed to make the company leaner and meaner: Shedding $21Billion in assets to reduce debt, a sharpened focus on six key countries, electrification and digitalization of its customer base, achieving CO2 neutrality by 2040 instead of 2050 and increasing profitability.

Enel’s core operations have been reduced to six key countries: Italy, Spain, the United States, Brazil, Chile and Columbia. The key will be to add some 21GW (gigawatts) of installed capacity so that by 2025 the company will have an installed generating capacity of some 75GW, to create a digital platform on which value does not reside in owning resources but rather in managing data-driven ecosystems. A key goal is to achieve 75% of electricity from renewables and 80% digitalization of its customers on the grid by 2025.

Enel’s strategy is simple: “The term platform often refers to a business model typical of digital companies which, very efficiently, manage to connect assets and services that they do not own.” This, in effect, borrows a chapter from Uber, which does not own taxis or Booking, which does not own hotels. A digital platform on which value does not reside in owning resources but rather in managing data-driven ecosystems.

To spur its growth outside its six-core-country strategy Enel has developed a Stewardship Model.  Enel, together with partners will invest $15Billion in infrastructural investments in countries where the company has a potential interest.

In Africa Enel (Enel Green Power) has teamed up with the Qatar Investment Authority (QIA), an investment fund to invest on a 50/50 basis in all of the new ventures and opportunities in renewables in Sub-Saharan Africa. Already QIA has taken over half of Enel’s stake of 800MW of existing projects in South Africa and Zambia.

Engie is pledged to reduce to CO2 neutrality by 2045. The company has indicated it will reduce its focus to 30 countries instead of 70. Four new core divisions have been implemented:

Hydrogen production in 2030 will be 4GW, 700 km of dedicated hydrogen networks will be in place, and more than 100 fueling stations for hydrogen mobility will be rolled out.

By 2030 the company will have installed capacity of 100GW, valued at $70Billion.

Offshore wind projects, totaling $18Billion in France, Germany, UK and the USA, are the key investments of the company.

Electrification of all sectors is high on the company agenda.

The company under its Electricity for All Programme has carried out projects in Benin, Ethiopia, Kenya, Rwanda, Tanzania and Uganda.

By 2030 the company’s goal is to have an installed capacity of 50GW. Ørsted is also involved with the building of two energy islands– Bornholm and North Sea– which will deliver 10GW of power.

The company’s return on investment is predicted to be 12% EBITA (earnings before interest, taxes and amortisation) for the period up to 2027.

The company has projects in Taiwan, Japan, South Korea, throughout Europe (Belgium, Germany, Denmark, France, Netherlands, Poland, and UK) and the USA.

ACWA is Saudi is a developer, investor, and operator of power generation and desalinated water plants.  The company has 66 assets, spread over 12 countries, valued at $68Billion and has 44.6GW generating power. Some examples:

In the Republic of Uzbekistan, it is developing the 1.5 GW Kungrad wind farm in the republic of Karakalpakstan. The wind farm will comprise three 500MW wind power projects.

ACWA is in agreement with nine renowned Chinese entities for financing, investment and construction of ACWA Power’s global clean and renewable energy projects in Saudi Arabia and Belt and Road Initiative countries.

There is also an agreement with The Sovereign Fund of Egypt (TSFE) to explore a joint investment in the 1.1 GW Wind Energy project, located in the Gulf of Suez in Egypt.

The company has an extensive memorandum of understanding (MoU) exploring a partnership for the development of green hydrogen and its derivatives in the Republic of South Africa.

It also inked agreements with both the National Water Company of Senegal (SONES) and the National Electricity Company of Senegal (SENELEC) for the development of a 300,000 m3/d seawater reverse osmosis plant (SWRO) in Grande Côte; and working closely with SENELEC to develop a Combined Cycle Gas-Turbine (CCGT) plant in Cap des Biches with an initial design capacity of 160 MW.

The company’s focus is utility-scale projects which supply much-needed clean energy to communities across Africa.  The focus is on taking projects from mid-or late-stage development into long-term operation.

Scatec is a Norwegian, renewable power producer, developing, building, owning and operating solar, wind and hydro power plants and storage solutions. Scatec has more than 4.6GW in operation and under construction on four continents. The company is targeting 15GW capacity by the end of 2025. In Africa the company has projects in, Burundi, Cameroon, DRC, Egypt, Gabon, Guinea. Malawi, Madagascar, and Rwanda.

Gerard Kreeft, BA (Calvin University, Grand Rapids, USA) and MA (Carleton University, Ottawa, Canada), Energy Transition Adviser, was founder and owner of EnergyWise.  He has managed and implemented energy conferences, seminars and university master classes in Alaska, Angola, Brazil, Canada, India, Libya, Kazakhstan, Russia and throughout Europe.  Kreeft has Dutch and Canadian citizenship and resides in the Netherlands.  He writes on a regular basis for Africa Oil + Gas Report, and is a guest contributor to IEEFA(Institute for Energy Economics and Financial Analysis). His book ‘The 10 Commandments of the Energy Transition ‘is on sale at https://books.friesenpress.com/store/title/119734000211674846/Gerard-Kreeft-The-10-Commandments-of-the-Energy-Transition