TOTALEnergies in 2050: The Day After the Night Before 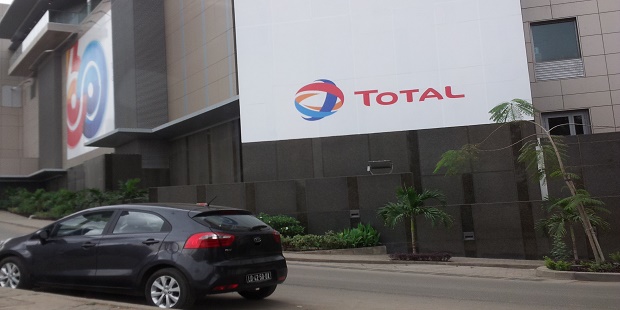 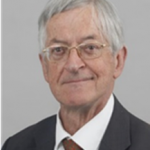 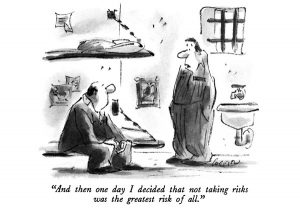 mix in renewables + 25% in “new molecules”(green fuels). The remaining 25% would be comprised of oil and gas including LNG. Guillaume de Witt, TOTALEnergies’ Hydrogen Lead Negotiator for Europe & North Africa unveiled this strategy during the Amsterdam Offshore Energy Exhibition & Conference 2022. 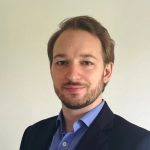 While this is most newsworthy the question remains: how is this transition to take place? Where is its 2050 roadmap? Shareholders and energy analysts will no doubt be on a constant search for additional information. That TOTALEnergies can indeed surprise and pursue a well-thought-out strategy is certainly within the company’s DNA.  If successful, this will totally transform the oil and gas sector unlike anything in the recent past. It would totally destroy the comfortable vision of the integrated oil and gas sector of the last 50 years and create new alliances.

In TOTALEnergies’ new constellation, key questions remain: can the company compete with the green energy companies–Enel, Engie, Iberdrola, and Ørsted?  What will happen to its innovative deepwater exploration sector in which TOTALEnergies is a market leader? Given the resources required, will its deepwater exploration operations be spun off to possibly joint venture with other companies to ensure economies of scale? How will this affect TOTALEnergies’ African ventures, where the company has many of its assets?

To understand the company’s strategy we must go back to 2020. Then TOTALEnergies took the unusual step of writing off $7Billion in impairment charges for two oil sands projects in Alberta, Canada. Both projects were listed as proven reserves. By declaring these proven reserves as null and void, with one swoop of a pen, TOTALEnergies cast aside the petroleum classification system, which was the gold standard for measuring oil company reserves.

TOTALEnergies’ strategy is based on the two energy scenarios developed by the International Energy Agency (IEA): the Stated Policies Scenario (SPS), which is geared for the short to medium term, and the Sustainable Development Scenario (SDS), which focuses on the medium long term.

Taking the “Well Below 2 Degrees Centigrade” SDS scenario on board, TOTALEnergies has, in essence, taken on a new classification system. By embracing this strategy, the company is the only major to have seen a direct benefit from using the Paris climate agreement to enhance its renewable energy base.

While it wrote off some weak assets, it also did something else: TOTALEnergies began to sketch a blueprint for how to transition an oil company into an energy company.

Patrick Pouyanné, TOTALEnergies’ chairman and CEO, then stated that by 2030 the company “will grow by one third, roughly from 3Million Barrels of Oil Equivalent per Day (BOED) to 4Million BOED, half from LNG, half from electricity, mainly from renewables.” This was the first time that any major energy company translated its renewable energy portfolio into barrels of oil equivalent. So, at the same time that the company has slashed proven oil and gas from its books, it has added renewable power as a new form of reserves.

Proven reserves long stood as the holy of holies for the oil industry’s finances—the key indicator of whether a company was prepared for the future. For decades, investors equated proven reserves with wealth and a harbinger of long-term profits.

But TOTALEnergies’ write-offs showed that even proven reserves are no sure thing and that adding reserves doesn’t necessarily mean adding value. The implications are devastating, upending the oil industry’s entire reserve classification system as well as decades of financial analysis.

How did TOTALEnergies reach the conclusion that reserves had no economic value? Simply put, reserves are only reserves if they’re profitable. The prices paid by customers must exceed the cost of production. TOTALEnergies’ financial team decided those resources could never be developed at a profit.

The company had not abandoned its oil and gas investments. However, its renewable investments were seen as additional ballast to its balance sheet, keeping it afloat as it carefully chooses investments, including oil and gas projects, with a high economic return.

Now apparently oil and gas are being viewed as liabilities and possible future stranded assets. The French giant is hastening the departure from fossil fuels or simply reducing its oil and gas portfolio.

Beyond the Green Challenge

Of the oil majors—BP, Chevron, ENI, ExxonMobil, and Shell—only Equinor has pledged to have more than 50% of its capital budget devoted to renewables by 2030. By signaling such a radical move, TOTALEnergies will ensure that the rest of the sector must react. This is not only a move to green itself but also a sign that it wants to become part of the Green Alliance, namely to join such companies as— Enel, Engie. Iberdrola, and Ørsted—who have pole position in determining the direction and scope of the global renewables market:

Enel: committed to achieving CO2 neutrality by 2040 instead of 2050, achieving 75% of electricity from renewables and 80% digitalization of its customers on the grid by 2025. and having an installed generating capacity of 75GW by 2050.

Engie: pledged to reduce to CO2 neutrality by 2045, 45% of investments is focused on renewables and by 2030 will have 80GW of installed generating capacity.

Ørsted: the Danish wind energy pioneer, continues to set new records. Ørsted share price in December 2022 was $93; five years earlier in 10 June 2016 it was $37. By 2030 the company’s goal is to have an installed capacity of 50GW. Ørsted is also involved with the building of two energy islands– Bornholm and North Sea– which will deliver 10GW of power.

How will shareholders react to these companies in 2023?  To date there is good news and bad news for green energy companies.

For the oil majors economic challenges lie ahead. The Dow Jones Industrial Index in the period January 2018-December 2022 rose 31%: increasing from 25,295 to 33,147. The oil majors—BP, Chevron, Eni, ExxonMobil, Equinor, Shell, Repsol,  and TOTALEnergies—have shown mixed results in their stock prices between 2018 and 2022.

Whether a company is an oil company or an energy company seems to matter little to investors. Instead, they demand clarity. That is why Chevron, which is on track making 2022 the 35th consecutive year with an increase in annual dividend payout per share, has maintained its value. And why Equinor’s message of spending more than one-half of its capital spending on low carbon energy by 2030 is a leader in offshore wind technology, has caught the fancy of its investor community.

On the renewables front TOTALEnergies has confirmed it will have a 100GW capacity by 2030.

A key to TOTALEnergies success is its ability to step into projects at an early stage, some examples:

TOTALEnergies new energy strategy is also heavily dependent on a number of subsidiary companies in which the company has invested. These include:

TotalEren: an IPP(Independent Power Producer) developer involved in all phases of project development and implementation with a generating capacity of 3.7GW and 4GW under construction.  According to Africa Oil and Gas Report, the company could become a candidate for a top-ten list of Africa’s leading  renewable developers.

Saft: a leading battery producer, whose lithium-ion batteries can store large amounts of electricity in a small amount of space.

Yet the various asset groups have failed to attract investor confidence. Why? Simply because they have created a diffused and splintered view of what TOTALEnergies is offering shareholders.

With the new strategy the investor community must be convinced that renewables  are not a second-tier after-thought. Currently TotalEnergie’s capital expenditures for the period 2022-2025 is anticipated to be between $14Billion-$18Billion per year: 50% ($7Billion-$9Billion) on hydrocarbons and only 25% ($3.5Billion-$4.5Billion) on renewables. What is the vision for 2050?

This is in sharp contrast to Equinor. Equinor expects gross investments in renewables of approximately $23Billion from 2021 to 2026, and to increase the share of gross capex for renewables and low carbon solutions from around 4% in 2020 to more than 50% by 2030.

Much of the 25% forecast hydrocarbon  budget, proposed for 2050,  will be focused  on African  low-cost, high-value projects, thus squeezing more value out of  various African assets to ensure a prolonged life cycle. Will TOTALEnergies’ deepwater  division seek other parties to ensure that its various projects can be delivered?

In Angola the company produces more than 200,000BOED from its Blocks 17 and 32, as well as non-operated assets, including AngolaLNG.

In Namibia TOTALEnergies has made a significant discovery of light oil with associated gas on the Venus prospect, located in Block 2913B in the Orange Basin, offshore southern Namibia.

In South Africa the company is focused on its two assets: Brulpadda(drilled to a final depth of more than 3,600 metres) and Luiperd, the second discovery in the Paddavissie Fairway in the southwest of the block.

Charles Donovan, then director of the Centre for Climate Finance and Investment at Imperial College and lead author of a recent (May 2020) study released by Imperial College and the IEA (International Energy Agency) found that renewable energy investments are delivering massively better returns than fossil fuels. The study analyzed stock market data to determine the rate of return on energy investments over a five-and ten-year period.

Green energy stocks were also less volatile across the board than fossil fuels, with such portfolios holding up well during the turmoil caused by the pandemic, while the oil and gas sector collapsed. In the US, which provided the largest data set, the average market cap in the green energy portfolio analyzed came to less than a quarter of the average market cap for the fossil fuel portfolio—$9.89Billion for hydrocarbons versus $2.42Billion for renewables.

TOTALEnergies’ 2050 announcement will start a new round of mergers, joint ventures and consolidation. The energy transition has its own speed and takes no prisoners. But this we do know: 2022 started with an energy crisis involving Russia and the Ukraine, and the last apple has not fallen from the TOTALEnergies’ tree.

Note: Portions of this article have been previously published but have been included to give you the reader a more complete picture of this fast-moving drama.

Gerard Kreeft, BA (Calvin University, Grand Rapids, USA) and MA (Carleton University, Ottawa, Canada), Energy Transition Adviser, was founder and owner of EnergyWise.  He has managed and implemented energy conferences, seminars and university master classes in Alaska, Angola, Brazil, Canada, India, Libya, Kazakhstan, Russia and throughout Europe.  Kreeft has Dutch and Canadian citizenship and resides in the Netherlands.  He writes on a regular basis for Africa Oil + Gas Report, and is a guest contributor to IEEFA(Institute for Energy Economics and Financial Analysis). His book ‘The 10 Commandments of the Energy Transition ‘is on sale at https://books.friesenpress.com/store/title/119734000211674846/Gerard-Kreeft-The-10-Commandments-of-the-Energy-Transition