North Africa’s Domestic Gas Market Is Larger than its Export..And It Dwarfs Subsahara’s 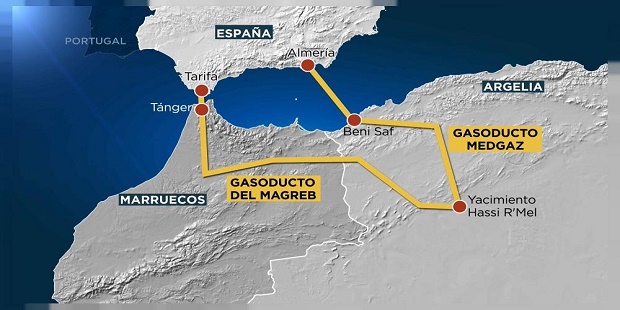 It is true: Libya directs about 60% of its gas production to the domestic market, while the rest is exported to Italy, according to statistics from the Libyan Ministry of Oil and Gas.

That piece of information will give Nigeria’s natural gas producers some pause; it’s an epic struggle to find credible natural gas offtakers in Africa’s largest economy.

Egypt utilizes five times more of its natural gas in-country than it exports. Algeria’s natural gas export is only slightly higher than its domestic utilization. These two countries; the largest producers of natural gas in Africa, are faced with the kind of challenges that the Nigerian government would consider a good problem: how to reduce the appetite for gas at home so as to have more gas to export for foreign exchange?

“Controlling domestic natural gas consumption is a key issue, as potential gas savings can be exported”, Toufik Hakkar, CEO of Sonatrach, the Algerian state hydrocarbon firm, told the MEES. “Growth in gas consumption in Algeria recorded in the past is explained by economic growth and improving citizens’ access to energy, but also through the implementation of several industrial projects that need gas” he explained.

The Egyptian government, in August 2022, moved to limit the country’s use of electricity in order to raise natural gas exports. Government buildings and sports facilities were asked to cut their consumption, including by turning the lights off outside daytime hours; a lower limit of 25°C was put in place for Air conditioners in malls, and retailers were asked to reduce bright lighting in storefront. The government hoped the measures would make available some 15% of the gas that is currently allocated to the nation’s gas-fired power stations, which delver over 40,000MW of electricity. The curb was meant to bring in an extra $450Million a month in revenues. Price increases on natural gas supplied to cement producers and brick kilns came into effect in October 2022, in another move to dampen domestic demand and redirect more gas for export. And the country’s burning of mazut fuel oil in power stations soared to a five-year high

So, what are the figures? What really, are the domestic gas volumes in these countries?

In Egypt, around 7Billion cubic feet of gas is marketed every day, of which 6Billion is sold in the domestic market. Nigeria’s sales in the domestic market is less than a quarter of that, and yet Nigeria is the biggest domestic gas market in Subsaharan Africa, followed by South Africa, which consumes less than 600Million cubic feet a day. For several years the Egyptian government reduced the gas nominated for the country’s two Liquefied Natural Gas facilities, until there was no molecule of gas left to liquefy for export. In 2014, BG (now defunct), famously lamented that it was breaking contracts with customers and lenders because it was unable to export enough liquefied natural gas from Egypt, its largest producing area. Reason: the exports were curtailed because the Egyptian government had ordered the diversion of the company’s natural gas production to domestic purposes.

In 2021, the latest year for which reliable figures are available, Algeria exported 6Billion cubic feet per day of both LNG and piped gas, mostly to Europe. At home, it consumed about 5Billion cubic feet of natural gas per day. Sonatrach’s 2021 report said that the domestic consumption was largely determined by demand from three large national companies:• Sonelgaz • Fertial • Sorfert.

Libya is the small one, but its story fits the pattern. It exports around 250Million cubic feet per day to Italy, but it consumes 375MMscf/d in its power plants and industries. For all of 2022, Libya exported about 88Billion cubic feet of gas through the Green Stream pipeline to Italy. At home it consumed 132Billion cubic feet.

Nigeria is the largest domestic gas market in sub-Saharan Africa; its gas export has significantly dropped in the last two years, but at the best of times its export was about 3.5Billion cubic feet per day, while the domestic consumption was never as high as 1.5Billion cubic feet per day. Which means that, neither the export nor the domestic volumes were up to scratch compared with the two largest North African economies.

Yet, the most vociferous arguments about how gas should be the transition fuel (in the journey to a zero-carbon future) has been the African countries south of the Sahara, who, in most cases don’t have clear line of sight to robust domestic gas markets even in the next decade.