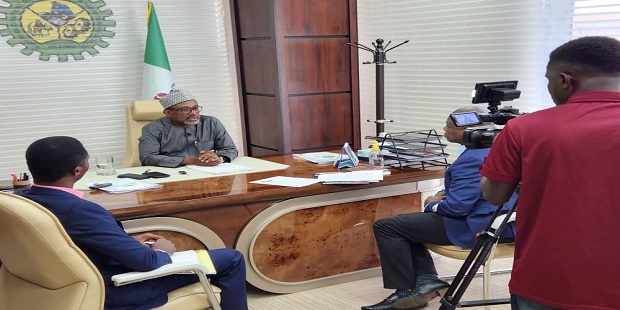 The Nigerian Content Development & Monitoring Board (NCDMB) has dismissed any misgivings about “the quality” of the proposed agreement among would-be partners in the planned production of 123,000 metric tonnes per annum of Liquefied Petroleum Gas (LPG) from the Utorogu gas and condensate field, onshore western Niger Delta. The board also throws its weight behind the “credibility” of the project sponsor

The (NCDMB) had recently reported it had secured the approval of its Governing Council for a partnership to produce 123,000 metric tonnes per annum of LPG, which is about 10 percent of the country’s current consumption, from the Utorogu Gas Plant. That would mean a partnership between that company on one hand and NPDC and ND-Western, joint operators of the Oil Mining Lease (OML) 34, where the Utorogu field is located.

But the feelers from the industry is that Southfield Petroleum, this same company proposing the Utorogu project had fallen out with Seplat, over a similar proposition and the Seplat management was so angered by the course of events it took the company to court for redress after the company had itself taken Seplat to court, allegedly for breach of contract.

What is the issue? “The deal broke down because they (Southfield) didn’t even show up to build any facility, let alone receive the gas”, Seplat insiders say.

Now that Southfield is in discussion with ND-Western over a similar project, Africa Oil+Gas Report asked the NCDMB  if the board was “sure of them” (Southfield)?

Here is the response from Simbi Wabote, NCDMB’s Executive Secretary:

“Southfield Petroleum is a company we are partnering with in order to produce LPG within the Utorogu field. The company is currently in discussion with the a joint venture partners operating Utorogu gas plant, who are ND-Western and NPDC. Before the project will go ahead, they will be sure that there is gas availability and then that commitment has to be on the table. Where we are at now is the Front-End Engineering Design (FEED) for the project itself; but before we will beat our chest that we have secured that project, we’d ensure that all the i’s are dotted and the t’s are crossed.

“It is within the project development funnel and one thing we must understand about investments in general today is that, if you go and speak to Elon Musk and ask him about how many businesses did he invest in and he didn’t succeed, he will probably give you a catalog of what he tried and he didn’t succeed at, but with the ones he succeeded at, he is where he is today. Talk to Bill Gates, talk to Zuckerberg, nobody can tell you that every Investment they’ve been into was a success and that’s the challenge we have in Africa. The averse appetite for risk-taking is even in us as a people. You know about  the sense of adventure of Caucasians, you have to think and ask yourself: How many Africans will want to go and climb Kilimanjaro? How many Africans will want to enter the sea and swim with a shark or with a Whale? These are risks that people take in other to understand nature and these are serious risks. But send an African, particularly in Nigerian man, he will hardly want to take any risks as it were”.

The full interview with Mr. Wabote, over a range of issues, was published in the November 2022 issue of Africa Oil+Gas Report monthly. A summary of that interview will be available on this website next week.