South African Hydrocarbon:  So Much Possible, But So Much Stalling 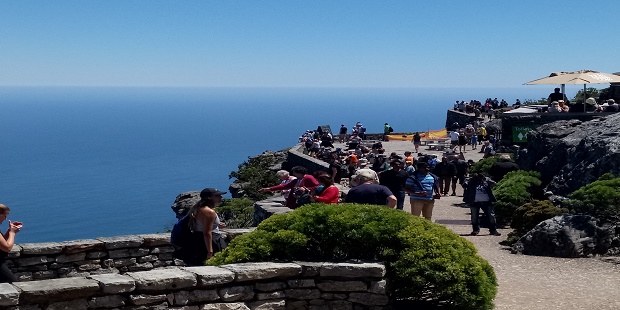 Barbara Creecy, South Africa’s Minister of Environment, Forestry and Fisheries, has had far greater impact on investment in hydrocarbon development in the country, than the Minister of Mines and Energy, in the last two years.

Ms. Creecy passionately does her job, which has meant hounding out several companies intent on monetizing hydrocarbon resources, in the country.

Conversely, Mr.Gwede Mantashe, the Minister of Mineral Resources and Energy and a far more senior member of the ruling party, is laid back, very laid back.

If it wasn’t for the fact that fossil fuels are derided today as harbingers of extreme weather conditions, I would have invoked the last two lines of the first stanza of W.B Yeats’ poem, The Second Coming, to contrast Ms. Creecy’s and Mr. Mantashe’s attitudes to their work.

The best lack all conviction, while the worst

Are full of passionate intensity.

It is the wrong text to cite, I admit. But a large segment of the oil industry would nod to the sentiments expressed in those lines when they consider their proposed/ongoing work programmes in the continent’s most industrialised economy.

One of the most recent of the unrelenting assaults on hydrocarbon investments in South Africa was the denial of the appeal by Turkish owned Karpowership, to obtain environmental authorization to install a 1,200Megawatt gas to power facility off the South African coast, despite its winning a bid run by the Ministry of Energy. The decision came a full year after environmental authorisation for the project was initially denied in June 2021.

In denying the project approval twice, Ms. Creecy said she had “the constitutional and legal obligation not to allow a preventable situation in an environment that may potentially harm the health or well-being, in a wide sense, of another person or persons. The need and desirability of a proposed project should also be considered in this context”.

These are valid arguments. But what does the Minister of Energy do?

He wrings his hands.

There have been several such disruptions by scores of environmental rights groups, fanned out across  the more than 3, 000 kilometre length of the South African coastline, from the desert border with Namibia on the Atlantic coast, to southwards around the tip of the continent and then back north to the border with Mozambique on the Indian Ocean. They are all screaming: “Not in My Backyard (NIBY)!” Their protests have forced a halt to a seismic data acquisition campaign by Shell on the Wild Coast (in the Eastern Cape); held up drilling by ENI in Kwazulu Natal and compelled Searcher Seismic, the Australian geophysics company, to give up on its proposed 10,000 sq.km multiclient 3D seismic survey, meant to cover the Outeniqua Basin and its sub-basins, including Bredasdorp, Infanta, Pletmos, Gamtoos and Algoa Basins.

The one case that many of us are closely watching is the progress of development of the Brulpadda and Liuperd fields, two giant gas and condensate tanks that TOTALEnergies recently discovered in deepwater Outeniqua basin. The company had submitted, in early September 2022, an application for production licences for a development plan that includes supply of the gas to the state owned, 200Million standard cubic feet per day (200MMsf/d), Gas to Liquids Plant (Refinery) in Mossel Bay on the Cape Town coast, as well as some 700MMscf/d of piped gas to other customers, located as far as Port Elizabeth in the Eastern Cape. This will represent some substantial flow of natural gas into the South African economy. But, as Ayanda Noah, chief executive of the state-owned Central Energy Fund (CEF) had long predicted, the approval process has come to be heavily subjected to virulent legal opposition from climate justice groups and nongovernmental organisations opposed to the development of the gas reserves.

Like Mr. Mantashe, Ms. Noah, a trained engineer whose office also oversees the functions of PetroSA, the state hydrocarbon company, comes across as helpless. “There is litigation just from all angles”, she told FN24, the country’s top online financial newspaper. And she said more: “PASA (the oil and gas upstream regulatory agency) has been trying to work actively to start engaging the public and just to simplify and help the public to understand better what we do”. Translation: “The Barbarians are going to invade! I really don’t know how we can hold our own!!”

What intrigues me is that even before the recent eruptions of NIBY protests against offshore exploration and production, the South African government, over the past 20 years, had sucked its thumb about the place of oil and gas in development. I’d stood and watched as several iterations of the Upstream Petroleum Resources Development Bill (Upstream Bill) had passed through parliament, observing endless debates without any traction; I have listened to several rounds of speeches by officials expressing concern about the looming shut down of the Mossel Bay refinery, as a result of depletion of gas reserves, and doing  nothing until it actually wound down; I’ve read statements after affirming statements about the Gas Utilisation Master Plan (GUMP) which never saw the light of day.

Then in 2016, the government came up with this idea of imported LNG for power generation. And I thought, well, may be. You know the outcome now.

Around the same time, I sensed I’d discovered what the problem had been. South Africans simply abhorred the idea of utilizing large volumes of imported natural gas. If there were discoveries of indigenous molecules, there would be less reticence, more vigour and robust activity around energizing the economy with this transition fuel.

But I am certain to be proven wrong again.