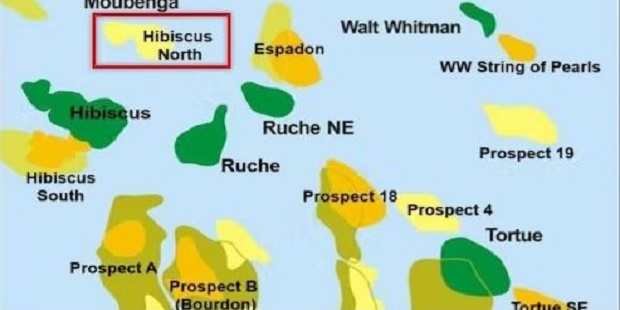 BW Energy has spud the first production well on the Hibiscus / Ruche Phase 1 development in the Dussafu Block offshore Gabon. Drilling operations commenced on schedule in the first week of January and in line with the target of producing first oil in March 2023.

The Borr Norve jackup arrived on location in late December 2022 and immediately started preparations for the drilling campaign. The first production well, DHIBM-3H, targets the Gamba sandstone reservoir on the Hibiscus field and is expected to take just over two months to drill and complete. Installation of flexible pipelines and risers, completing the 20-kilometre connection between the BW MaBoMo production facility and the FPSO BW Adolo, was also finalised last week.

“We are on track for first oil towards the end of the first quarter. This will be the first step of many on a path for successive production growth as we complete the drilling Hibiscus / Ruche Phase 1 programme and asset upgrades through 2023 and into early 2024,” said Carl Krogh Arnet, the CEO of BW Energy.

The initial Hibiscus / Ruche Phase 1 drilling campaign targets the Hibiscus and Ruche fields which are expected to add approximately 30,000 barrels per day of total oil production when all wells are completed in early 2024.

Meanwhile the new gas lift compressor to support production for the six existing Tortue wells was lifted onboard the BW Adolo in December 2022. Installation work is ongoing. Commissioning and start-up of the compressor is expected to commence immediately after first oil from Hibiscus / Ruche which has priority during the current high-activity period onboard the FPSO.