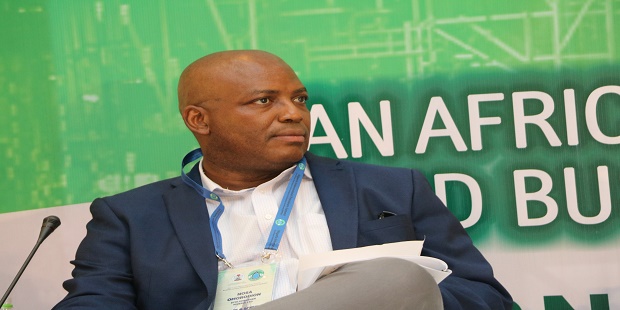 The Nigerian geologist Nosa Omorodion, has been announced as the winner of one of the most distinguished awards given by the American Association of Petroleum Geologists AAPG).

The award is Michel T Halbouty Outstanding Leadership (MTHOL) Award, given “in recognition of outstanding and exceptional leadership in the petroleum geosciences”.

The AAPG is the world’s leading professional society for petroleum geoscience, with over 30,000 members worldwide.

The MTHOL Award is named for Michel T Halbouty, an American geologist, petroleum engineer, and wildcatter who was credited with discovering more than 50 oil and gas fields.  In a long, storied, life (he died in 2004 at the age of 95), Halbouty twice declared bankruptcy, but came back each time to regain wealth. He authored hundreds of technical articles on petroleum geology, and two book-length histories of famous oil fields. Halbouty is often described, including in his New York Times obituary, as “legendary.”

The award is one of the top two of the 12 awards announced for 23 geoscientists from across the world for 2023.

The honorees, approved by the AAPG Executive Committee, “were selected based on service to the profession, the science, the Association and the public”, the AAPG says on is website.

Most on this year’s award list are American; but there are also Canadians, Italians and Nigerians.

Apart from Mr. Omorodion, who is an Executive Director at the Nigerian operations of Schlumberger (the giant, global oilfield services company), there are three Nigerians on the list, including Akinwande Oluseye Ekun, who is an earth scientist in Chevron’s Houston offices and Mimionitu Opuwari, a professor of geosciences at the University of Western Cape, Cape Town, South Africa. Ekun and Opuwari are honoured for “Distinguished Service” to the profession, the science, the Association and the public.

Mr. Omorodion, who counts, in his profile, 34 years of post-graduation experience in the oil and gas industry, is one of those individuals you could describe as keen enthusiasts of professional associations.

The full list of the AAPG 2023 honorees is as follows: