All articles in the Company Updates Section: 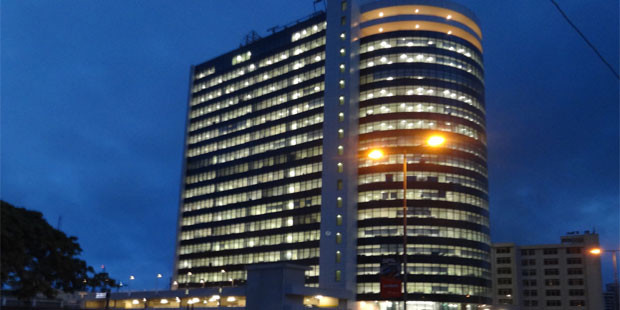 French major TOTAL has donated half a million dollars to the Red Cross for rehabilitation of people displaced by the terror of the Islamic insurgency in Northern Nigeria. The money will benefit “Internally Displaced People (IDPs)”.

The money was donated by TOTAL on behalf of the NNPC/TOTAL Joint Venture, meaning that the state hydrocarbon company NNPC is responsible for 55% of the amount donated.

TOTAL E&P Nigeria said intervention plan was launched on December 1, 2015 in Gombe State, one of the areas affected by the insurgency.“This initiative which is part our social responsibility is in support of efforts to improve conditions in the camps and help the affected persons return to their livelihood,” said Mr. Nicolas Terraz, the Managing Director/ Chief Executive.

The initiative is a 12-month intervention programme designed to achieve:

The Nigerian SPE occupies a large space in the global organization. “SPE operates in 123 countries in the world END_OF_DOCUMENT_TOKEN_TO_BE_REPLACED

Global body of drilling contractors gets its first African chapter
By  Foluso Ogunsan, in Lagos

Seventy two years after the International Association of Drilling Contractors(IADC) came to being in Houston, Texas, the capital of the global oil patch, an African chapter has finally been formed.

The Nigerian chapter of the IADC (or IADC Nigeria as it has chosen to be called), launched in October 2012, is the first IADC chapter on the continent. It’s the result of several past efforts which have been challenged by END_OF_DOCUMENT_TOKEN_TO_BE_REPLACED

Encon Pulls Out Of The Captive Power Market 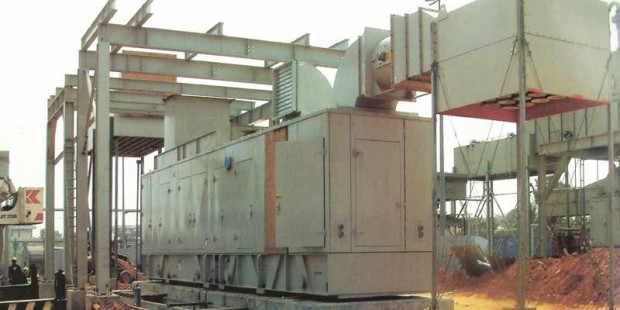 Energy Company Nigeria(ENCON) is withdrawing from the Captive Power Market.

The country’s top private electricity producer is staking its immediate future on two 144MW gas fired plants, each to be located in the west and east of the country. The first of the two plants, under construction at the company’s own site in Ikorodu, near Lagos, is for supply to the national grid. The second is to be sited at the Onne Oil and Gas Zone in Rivers State, in the east of the country. Encon hopes to begin construction of the Onne Plant by mid- 2013. The plant is as a result of the company winning the bid for 25 years power supply concession with the Nigerian Ports Authority(NPA), Federal Ministry of Transport. END_OF_DOCUMENT_TOKEN_TO_BE_REPLACED

Petrofac Moves In On West Africa

Petrofac  is hoping to get as much of a market share in West African operations as it already has in North Africa. It is ready to spend money to finance oilfield development and has invested capital in infrastructure projects in the Gulf Of Guinea area. But it is also promising to back new asset development and discussing partnerships with government owned companies in the region, notably Nigeria.

The UK listed oilfield service company won a total of $3.4Billion worth of EPC (engineering, procurement and construction) contracts for a gas processing facility(El-Merk) and gas-field development(In Salah) project in Algeria between March 2009 and January 2011. In neighbouring Tunisia, its first foothold on the continent, Petrofac has had a presence for six years, executing a variety of conceptual/FEED work for the country’s developments as well as executing a major EPC project (Hasdrubal gas plant) and has ongoing operations at the Chergui gas field concession on the island of Kerkennah. END_OF_DOCUMENT_TOKEN_TO_BE_REPLACED

Anglo Dutch major Shell has renewed its marine support services contract with Smit Lamnalco in Gabon, in a deal that has triggered investment in three auxiliary vessel newbuildings.
The five year contract renewal extends an uninterrupted relationship between the marine support specialist and Shell Gabon dating back to the 1990s. It covers support for Shell Gabon’s tanker operations at the remote Gamba Terminal, south of Port Gentil.
“The trust Shell Gabon has in our services has sustained through the 2011 merger of Lamnalco and SMIT Terminals.” says Aart van der Wal, Managing Director Smit Lamnalco Africa.

Three newbuilds ordered
The renewal covers the deployment, crewing and management of four Smit Lamnalco support vessels, with three newbuilds ordered in mid-November to replace existing tonnage. The orders cover one ‘Shoalbuster’ and one Beach Landing Craft from Damen Shipyards, plus one Fast Offshore Crew Boat from UK-based yard and well-known supplier in West Africa Alnmaritec. An existing ‘Shoalrunner’ auxiliary vessel will remain in place.
“Our willingness to invest in new tonnage was clearly a factor in the renewal” says Mr Van der Wal.
“It is in line with our strategy to offer one of the youngest and most efficient marine and offshore support fleets in the industry.”
The Shoalbuster is a versatile, multi-purpose vessel for harbour, inland and coastal waters, characterised by high bollard pull and ample deck space. Meanwhile, the maneuverability of the 17m long, 25-knot plus, aluminium-hulled fast response vessel will be conferred by its double chine hull and Rolls-Royce Kamewa FF45 water jets.

Localisation programme
Smit Lamnalco has a locally-registered company in Gabon. The group pursues a localisation strategy in terms of employment, crewing and subcontracting. Nearly 75% of the Smit Lamnalco organisation in Gabon is staffed by Gabonese nationals.
Earlier this year, Smit Lamnalco signed a five year contract renewal with Total Gabon covering offshore oilfield support and tanker assistance at the onshore terminal of Cap Lopez, Port Gentil. 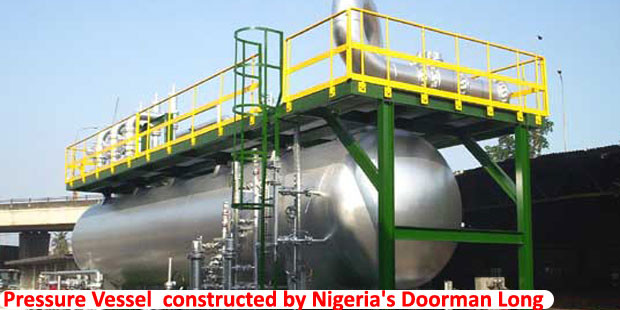 We were in the middle of a conversation on the above title in the city of Baku(on the Caspian sea), the birthplace of the oil industry, in late September 2012,when a side question came up. END_OF_DOCUMENT_TOKEN_TO_BE_REPLACED

Walter Smith Fills Up The Room

From losing an oil well in an inferno to clinching a stake in a $400Million transaction, the Nigerian minnow has had a busy season

Of the several entities that formed the Niger Delta Western Ltd, the Special Purpose Vehicle which recently acquired the Shell/TOTAL/Eni equities in the Oil Mining Lease(OML) 34 in western Nigeria, Walter Smith Petroman Oil Ltd was a small, almost invisible participant.

The company, run by two former bankers out of an office in Lagos, Nigeria’s financial city, hardly got a mention in the major news stories of the transaction, largely because Niger Delta Western Ltd came forcefully across in the media as being greater than the sum of its parts. END_OF_DOCUMENT_TOKEN_TO_BE_REPLACED

OWA Relocates 2010 Meet From Luanda To Accra, The 2010 edition of the Offshore West Africa Conference will no longer take

place in Luanda, the Angolan capital. For the second time in 12 years, the conference is heading to Accra, Ghana, the newest magnet for African exploration money. Citing logistical difficulties, the PennWell group-conference organizers and publishers- decided to relocate the meeting from Luanda to Accra. The dates remain 9-11 March 2010. OWA has been held in only four other West African cities since its premiere in Libreville, Gabon, in 1996. It was held in Accra in 1997. There was no 1998 event. For the next two years-1999 and 2000-it held in Abidjan, Cote D’Ivoire. The conference arrived Abuja, Nigeria in 2001, held again in 2002 and headed for Windhoek, Namibia in 2003. The sharp drop in conference attendance occasioned by the change from Abuja to Windhoek forced the conference back to Abuja, where it has held six times from 2004 to 2009. The failure to get Luanda is happening for the second time in nine years. In 2000 OWA conference organizers tried to interest the Angolan government in hosting the event in West Africa’s second largest oil producing nation. OWA, which is being run from Houston in the United States, requires partnership of the host government in order to hold in an African city. But Sonangol, the Angolan state hydrocarbon company, simply wasn’t keen. Angola just isn’t as enthusiastic as other African governments to host the largest gathering of oil and gas professionals on the continent. In moving to Accra, though, the organizers are comforted by the fact that there’s been heightened interest in the country. ‘The decision was also based on the growing energy industry interest in Ghana and nearby countries as the next big thing off West Africa”, PennWell said in a statement. “Ghana was chosen as the new site for the event because it is one of the most promising offshore exploration regions off West Africa. Activity there is expected to increase significantly with the recent $4 billion bid by ExxonMobil for a share in the offshore Jubilee field. Energy analysts view Ghana as an emerging offshore province with enormous potential for oil and gas reserves”. The release reminds us that “The ExxunMobil deal comes less than a month after Anadarko Petroleum announced another find off the coast of Sierra Leone and held out the possibility that a large, 700-mile span of ocean off the coast of West Africa could hold major reserves”. The PennWell statement reinforces its conviction that the conference in Accra might offer the level of audience participation that a venue like Luanda guarantees: “Industry sources say that the same oil companies that operate offshore Angola and Nigeria are equally interested in the opportunities offshore Ghana and neighboring countries, and they will be in attendance at OWA next March in Accra’, it said.  “We are pleased to be able to bring OWA to Ghana at a time when the industry interest in the region is at an all time high”.

Oando, the energy company listed on the Nigerian and Johannesburg Stock Exchanges, has reported total sales of $43omillion in its 2008 financial year, from countries outside Nigeria, the company’s domicile. This “external revenue”, earned largely from trading in petroleum products in the neighbouring countries of Ghana and Togo, makes up about 1800 of the entire sales figure of $2.25billion in the financial year. This particular result is a boost to Oando’s regional, pan African claims. Oando has made significant noise about its regional ambitions. In 2005, it chose to announce its secondary listing on the Johannesburg Stock Exchange (JSE), the continent’s pre-eminent bourse, during the World Petroleum Congress held in Johannesburg, South Africa. In October, 2009, Oando won the bid to partner the Ghana National Petroleum Corporation to “develop assets and infrastructure to harness the gas that will be produced from Jubilee”, the country’s flagship deepwater field. With a listing in South Africa, profitable product trading in Togo and Ghana, gas(midstream) infrastructure, oil field upstream production and technical services as well as an extensive product retail network in Nigeria, Oando can claim to have gone a distance, to qualify as a regional leader. But there’s a long road ahead, to catch up with companies like Sasol (South Africa’s synfuel giant) and Oraseom Construction(Egyptian conglomerate with forays into gas-based fertilizer, cement etc).