All articles in the From The Editor Section: 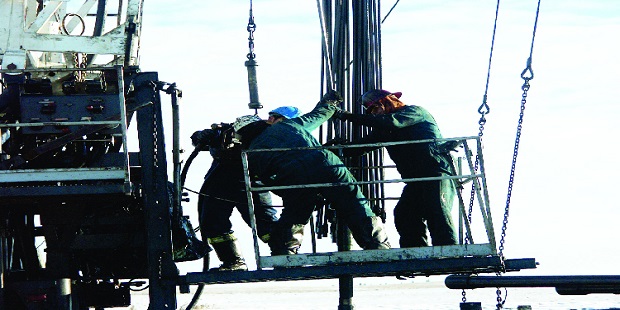 We predicted that 2021 was unlikely to be a year in which the industry would reset itself, after the disruptions of 2020.

But we were mostly wrong. Things have returned faster than we imagined. A billion-barrel reserves discovery off Cote’D’Ivoire; the surge in Libyan output taking the war-ravaged country past Angola as the second highest producer on the continent; the record increase in output in Egypt’s natural gas, mostly for domestic consumption and a Final Investment Decision for new onshore natural gas development and accompanying power project in Mozambique, are notable highlights of the second year of the COVID-19 pandemic.

For all we know, 2022 may turn out to be the year of basin openings. Shell and TOTAL continue their probes of the orange basin off the contiguous coasts of Namibia-South Africa; ENI will test the Lamu basin off Kenya; ReconAfrica will drill the first seismically defined location in the Kavango Basin. The drilling campaign in Zimbabwe’s Cahora Bassa basin is close to start.

Downstream, Dangote rounds off construction of one of the world’s largest single train refineries; Ugandan government seeks investors to fund the state share of the Kabaale Refinery and Ghana’s state firms are open to private parties to construct a new gas processing plant as well as a large scale crude oil refinery.

That said, we invite you to become a paying subscriber of our monthly harvest and go through a number of operational events that will run through the year. Our theme is Who Is Doing What and Where in 2022?

The Africa Oil+Gas Report is the primer of the hydrocarbon industry on the continent. It is the market leader in local contextualizing of global developments and policy issues and is the go-to medium for decision makers, whether they be international corporations or local entrepreneurs, technical enterprises or financing institutions. Published by the Festac News Press Limited since 2001, AOGR is a paid subscription, monthly hard copy and e-copy publication delivered around the world. Its website remains www.africaoilgasreport.com, and the contact email address is info@africaoilgasreport.com. Contact telephone numbers in the West African regional headquarters in Lagos are +2348124374087, +2348130733523, +2347062420127, +2348036525979, +2348023902519.


Sylva in Petroleum: Four Years of More of the Same 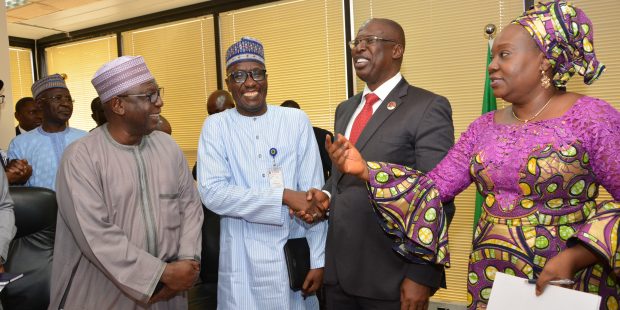 An Editorial Opinion of the Board of Africa Oil+Gas Report

It is unlikely that Timipre Sylva, a career Nigerian politician more likely keen on dealmaking than overseeing reforms, will follow up on the hot button issues of value addition in Nigeria’s Hydrocarbon landscape.

The passage of the Petroleum Industry Bill, the sale of a slice of NNPC equity in upstream JVs, disposal of state owned infrastructure that the corporation is unable to properly run, the removal of gasoline subsidies: these value yielding initiatives will not likely be delivered in the next four years.

Sylva’s predecessor as Nigeria’s Minister of State for Petroleum, Ibe Kachikwu, took a stab at some things, but he didn’t get very far. He succeeded in pushing the payment of cash call arrears for JV operators, got the President to sign off on policy to licence gas flare sites and launched a policy document each on oil and gas.

But in the absence of an act of parliament reforming extant hydrocarbon laws and operational norms, with those policies at its heart, Mr. Kachikwu’s documents have gone nowhere.  Those policy documents suffered the same fate as Mrs. Diezani Allison Madueke’s Gas Revolution Policy and President Olusegun Obasanjo’s Oil and Gas Reform initiatives.

At the core of the current challenges are two things (1) President Muhammadu Buhari’s statist mindset and his disdain for the Nigerian business class (2), the President’s unwillingness to closely track the ministry’s work, which provides undue advantage to personal aides, especially his chief of staff, Mr. Abba Kyari, to hijack the ministry of petroleum resources and run an upstream lease management agenda focused on handling assets to the NPDC rather than supporting transparent bid processes.

NNPC will remain as powerful and unaccountable as it was in the last four years; a commercial entity pretending to be regulator. NPDC, its operating subsidiary, will pay neither rent nor royalty for acreages it acquires and the state hydrocarbon company will continue spending billions of dollars to refurbish  moribund refineries that otherwise should be privatised –which translates to frittering away what should otherwise flow into the treasury, for the next four years.

We, at Africa Oil+Gas Report would be enormously encouraged if Mr. Sylva could be both courageous and tactful enough to cut through the fog and convince the President to provide an environment for the flourish of investment into what is potentially Africa’s largest hydrocarbon industry. But from where we are sitting, we don’t see that happening.

The guiding philosophy of the Africa Oil+Gas Report is to highlight the involvement of the continent’s technical minds in the exploitation of her resources and to put on notice, to all our readers, the governing environment that determines whether these resources aid the emergence of the industrial society, or keep ordinary Africans in perpetualwant and servitude.

It’s interesting, then, that around the same time our editors were preparing a special edition to focus on
the human capacity challenge, the Nigerian Petroleum Ministry submitted an ambitious, 223 page legislation, christened The Petroleum Industry Bill (PIB) to the country’sNational Assembly. END_OF_DOCUMENT_TOKEN_TO_BE_REPLACED