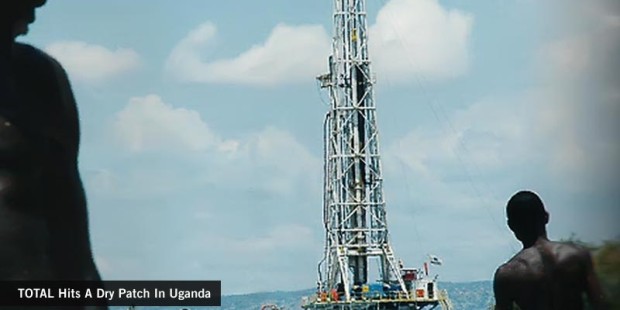 To go by western media reports, China looms large in countries like Angola and Zambia and Tanzania, resource-rich African countries where the Asian tiger supposedly constructs massive infrastructure projects in exchange for payment with tones of mineral resources or thousands of barrels of oil per day.
In Nigeria, China is largely a contractor; it constructs roads and gets paid with hard cash. Yes? No?
Is that all?
Take another look.. END_OF_DOCUMENT_TOKEN_TO_BE_REPLACED 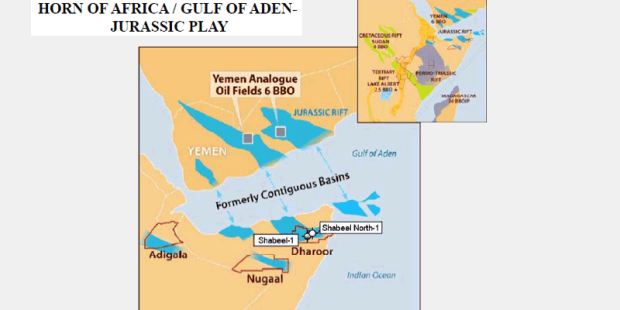 After two disappointing wells back to back, Horn Petroleum is focused on preparations for a seismic acquisition in Somalia. The campaign, targeting the Dharoor PSA , will include a regional seismic reconnaissance grid in the previously unexplored eastern portion of the basin.
Efforts are now focused on identifying a drilling location in the western portion of the basin where an active petroleum system was confirmed by the recent drilling of Shabeel-1 and Shabeel North-1. This seismic programme is expected to commence in the first half of 2013.
The company continues to pursue efforts to drill an exploration well in the Nugaal PSA and is working with the Puntland government authorities to move this project forward. END_OF_DOCUMENT_TOKEN_TO_BE_REPLACED

Maersk Oil has reported flow rates of up to 3,000BOPD on a 36/64-in choke in Caporolo-1 in Angola’s Block 16. The company drilled the well as a step-out exploration probe on a structure 13 km from the Chissonga discovery. This could prove a field extension, or an additional development to the Chissonga structure, on which Maersk has drilled three appraisal wells. If a commercial field development could be established, Block 16 would be out of the trap it’d been consigned to since Shell walked out on the lease in 1997. END_OF_DOCUMENT_TOKEN_TO_BE_REPLACED 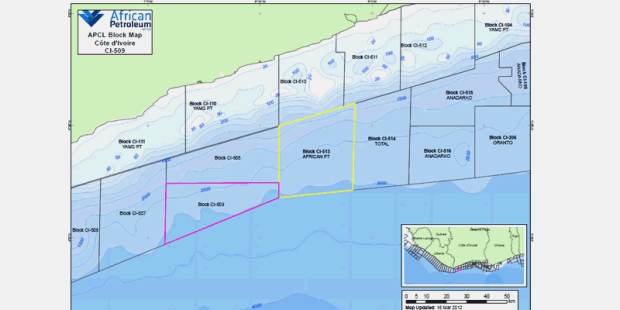 African Petroleum completed a   4,200 sq km 3D seismic survey over Blocks CI-513 and CI-508, in early October 2012. The work was done by the Chinese geophysical contractor BGP Marine (Prospector PTE Ltd).
The acquisition commenced in April 2012, using the 12- streamer vessel “BGP Prospector”, and the CI-513 survey was completed in mid-July 2012. The vessel continued onto the CI-508 & CI-509 survey, which was completed post quarter end, on 9 October 2012.
The CI-508 survey was being acquired by African Petroleum on behalf of Vitol and partners over Block CI-508, and is subject to a cost sharing agreement executed in June 2012, whereby all seismic acquisition and processing costs are shared on an equal basis. END_OF_DOCUMENT_TOKEN_TO_BE_REPLACED

The news were far from upbeat when Tullow Oil gave an update on its Okure-1 exploration well, on the Deepwater Tano Licence offshore Ghana. The company didn’t say exactly what the net oil count was, after the well had reached total depth of 4,511 meters. The gross hydrocarbon column given was 17metres.
Tullow admitted there was a “low net-to-gross” interval and the sands were “non-reservoir quality formations at the main objective levels below the TEN cluster”.  TEN refers to Tweneboa, Enyenra and Ntomme fields, which are to be jointly developed as TEN Project.

The sands in Okure-1 are Turonian age sandstones within an overlying secondary objective. Light oil with a 40° API was recovered from this interval. END_OF_DOCUMENT_TOKEN_TO_BE_REPLACED 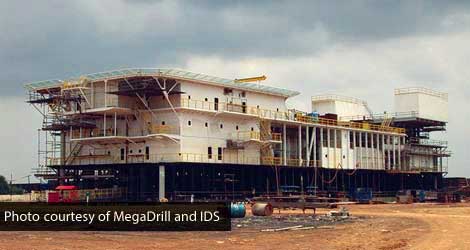 
Conoil On The Course Of A Major Discovery

The new build swamp barge Majestic drilled through over 150 feet of suspected hydrocarbon column in Ango-1, a new field  wildcat located 30km North east of Otuo South field, in Conoil  operated Oil Mining Lease(OML) 59, in southwestern Niger Delta basin. The High Temperature, High Pressure(HTHP) rig got stuck and pulled out of hole from about 16,000feet(4,876metres) deep, in true vertical depth, where the column was encountered. It is currently on sidetrack. “If the column turns out to be oil, it will mean an entirely new play in that part of the Niger Delta basin”, says an official of the Department of Petroleum Resources(DPR), the Nigerian state regulatory agency. END_OF_DOCUMENT_TOKEN_TO_BE_REPLACED


Rig Activity Paces Up In Uganda 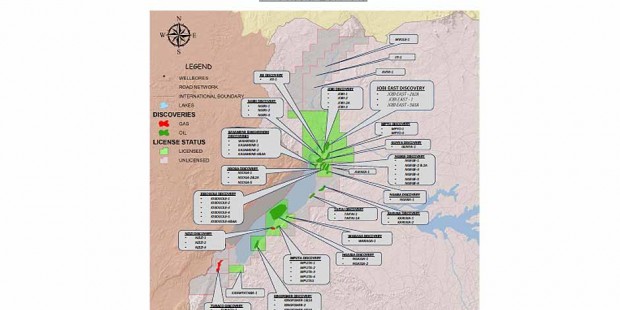 Appraisal drilling and well testing activities in the Kigogole, Nsoga, Ngege, Ngara area commenced in 2012. This is the precursor to field development. END_OF_DOCUMENT_TOKEN_TO_BE_REPLACED